Sarajevo: Its Religions and Ways of Remembering

Bosnians and Herzegovinians have been struggling to achieve, or at least waiting for, a more lasting sense of stability ever since the conflict in the 1990s. The events surrounding this month's commemoration of Srebrenica genocide – especially the disrespectful attitude of Republika Srpska leadership towards this commemoration and their denial of the genocide – are indicative of the current political climate in the country and the region. The return of history-denying, power-thirsty and territorial ethno-nationalisms gives little reason for hoping that political stability, and with it also social and economic prosperity, will come to Bosnia and Herzegovina (BH) any time soon. Several different cultural, political and religious memories, with contradicting interpretations of history both old and recent, are held on strongly, while crimes of one's own community are diminished or denied and that of the other communities constantly emphasised. 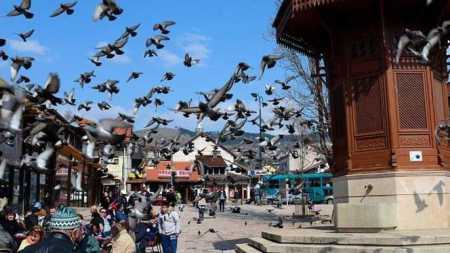 We need to keep in mind, however, that in this country of (particular kind of) extremes, it is also not hard to experience the noblest aspects of humanity. BH has some of the most welcoming, hospitable and humorous culture in Europe and beyond. It is a country with fantastic people, music, literature, architecture, inventiveness and remarkable persistence in the face of very difficult circumstances. Long-lasting traditions of interfaith coexistence have influenced many details of etiquette and culture – Christian Orthodox, Roman Catholics, Muslims and Jews and others have lived here, often mixed in the same towns and villages, for many centuries. Encouragingly, we can find Bosnians and Herzegovinians today who are building a different future, who reject politicized religion and see through the usual abuses of different memories of the conflict for nationalist ends and corrupt personal gains of the few, people who work hard to move the country to a better future together.

In March this year, I led a group of friends of the Woolf Institute on a trip to BH (especially Sarajevo and Srebrenica), of whom some were visiting the country for the first time. Given the Institute's mission and focus, it was natural for us to give special attention during the trip to its religious traditions and communities – Muslim, Serb Orthodox, Catholic and Jewish – as well as the interfaith relations. We had an opportunity to listen carefully and engage with the above-mentioned, sometimes contradicting stories, but also the memories, experiences and principles which are shared across all the communities.

Spending Friday morning and a bit of afternoon with the members of Islamic community in Sarajevo was an eye-opening experience for us. We visited Gazi-husrev beg mosque, the Gazi-husrev library and an old Sufi school (now a museum), all parts of the old Ottoman religious and learning complex. From Muhamed Jusić and Muhamed Fazlović of the Islamic community we learned about the unique historical experience of Bosnian Muslims, a community that has developed a European Muslim identity many centuries ago. This process has accelerated in the late 19th and early 20th Century when Bosnian Muslims had to negotiate their political status (externally) and work out their doctrinal attitude, through much discussion and internal disagreements, towards their new situation, namely living as a Muslim community in a Christian Austro-Hungarian Empire. This means that Bosnian Muslim experience with negotiating and holding together – for the most part very successfully – their Muslim and European identities is significantly older than that of other Muslim communities living in Europe today. 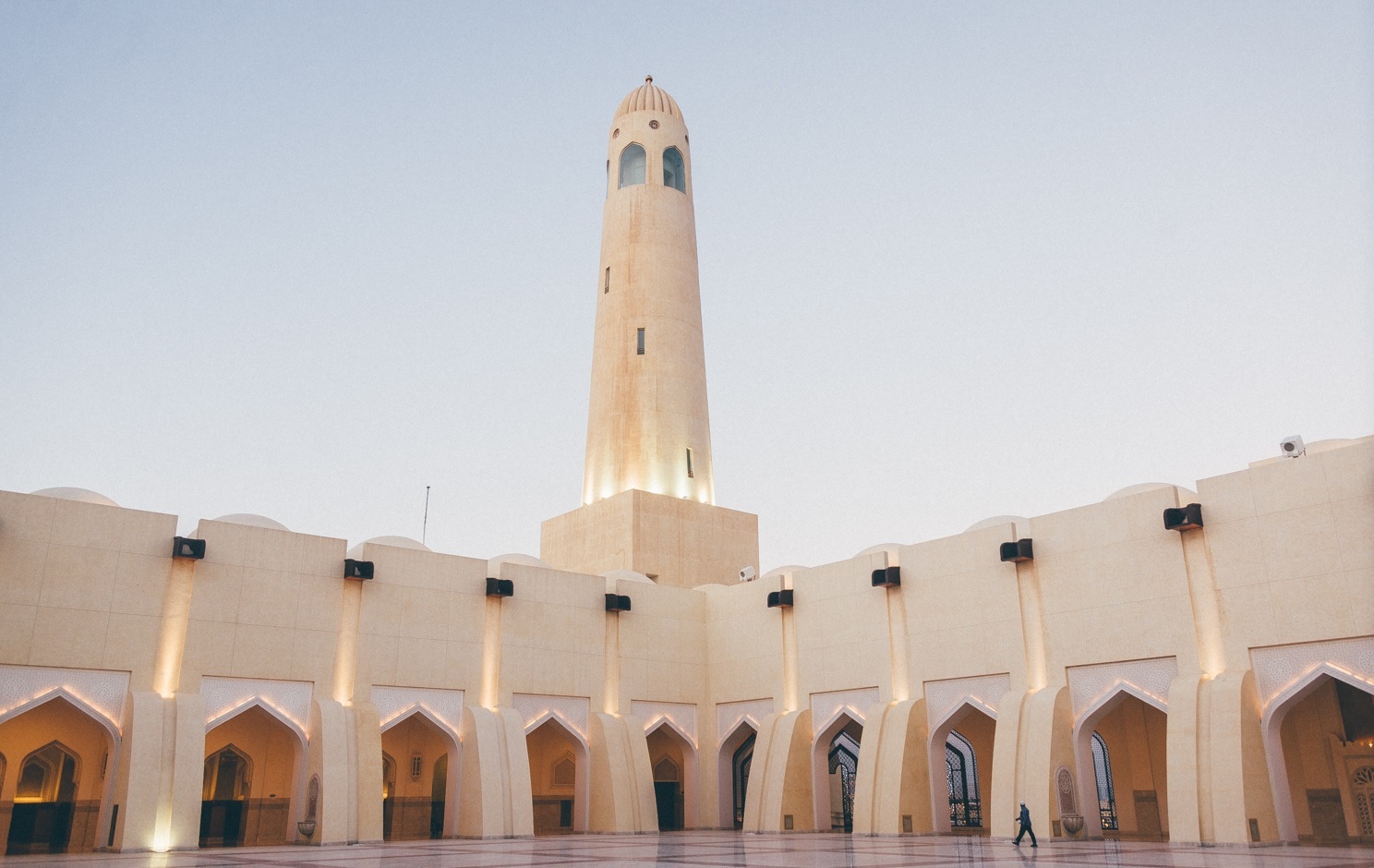 After joining the community members at Friday Prayers, we met Dr Enes Ljevaković, Professor at the Faculty of Islamic Sciences in Sarajevo and one of the highest Islamic authorities in the Islamic Community of BH. Dr Ljevaković explained how Islamic community of BH is organized, what are its main tasks, concerns, attitudes towards the state, Europe, and other religious communities in BH. During the Q&A session, we learned also about the strategies and proactive stance of the Islamic Community, not only in combating but also preventing extremism among Bosnian Muslims, which is perhaps less difficult for the Islamic community of BH than it is for some Islamic communities in Western Europe because of the traditional teachings, strong structure and organization, and because in BH, there is no such gap to bridge between the Muslim sub-culture and the mainstream culture of the society as there is between some Muslim communities in the Western Europe and their surrounding cultures. 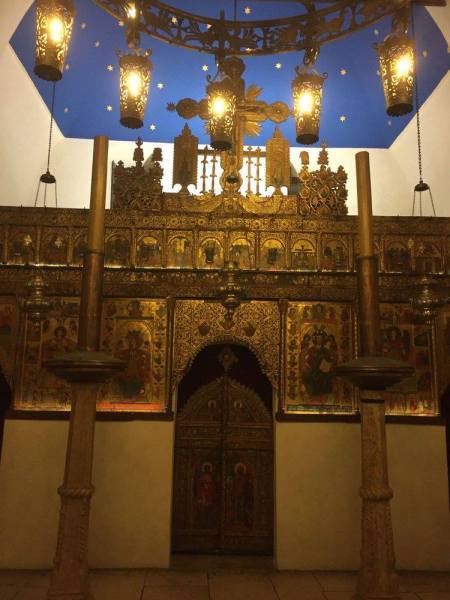 Just as full of learning was our meeting with the priest Vanja Jovanović and Olivera Jovanović from the Serb Orthodox community in Sarajevo. They welcomed us warmly in the magnificent jewel that is the Old Orthodox Church at the centre of Sarajevo old city, despite our arrival at an inconveniently late hour. One of the oldest Orthodox Churches in the Western Balkans, this medieval church, with its courtyard and magnificent Art Museum, tell the fascinating and also painful story of the Serb Orthodox communities that lived in this region through the centuries. Vanja and Olivera are both active interfaith activists: Vanja especially in Sarajevo, while Olivera's work at Interreligious Council of BH takes her all around the country as she is engaged in educational, artistic and community projects. They explain that the sufferings of the Serb Orthodox community in BH, both in the recent conflict, Second World War and in earlier times, are not given a fair and proper attention in what has become an international political memory of the country's past. But, while lamenting the position of Serbs in Sarajevo today and their meagre numbers, drastically smaller than before the 1990ies, Olivera and Vanja keep the Orthodox community and tradition very much alive in the centre of the predominantly Muslim Sarajevo. The stories surrounding the historic icons in the Art Museum that is connected with the Church give a powerful sense of the rootedness of the Orthodox community in Sarajevo and in Bosnia-Herzegovina more broadly.

The other traditional Christian community in BH, the Roman Catholics (most Croats), have a slightly larger presence in Sarajevo than the Orthodox, although the former also constitute just a small minority today. The two Catholic seminaries – one of them run by Franciscans – staying in Sarajevo in post-conflict BH mean that Sarajevo remains the main Catholic theological centre in the country. Cardinal Vinko Puljić introduced us to the history and the current concerns of the Catholic communities in BH, which are interwoven with the political status of Croats as the smallest of the 'constitutive nations' of BH which is, according to the Cardinal, unfavourable. We heard a somewhat different perspective from the well-known Franciscan and interfaith veteran Ivo Marković, the founder of the interfaith choir Pontanima. Marković does not see the position of Croats as more unfavourable as other communities in BH (at least not in any significant way) and resists the ethnically-aligned politics in the country. His full commitment to a multi-ethnic and multifaith Bosnia and Herzegovina is manifested through the Pontanima choir which has always included singers from all local religions and none, and performed religious songs of all traditional religions of BH.

Jewish presence in Sarajevo has been significant since the Ottoman times when the Sephardi Jews who were expelled from Spain settled there. Once very large and influential but decimated by the Ustashas and Nazis during the holocaust, Sarajevo Jews are today a small but vibrant community with an unusually rich and mixed tradition (both Sephardi and Ashkenazi), influenced importantly by the Bosnian mix of the Ottoman, Slavic and Central European cultures, as well as by the particular Yugoslav socialist experience. 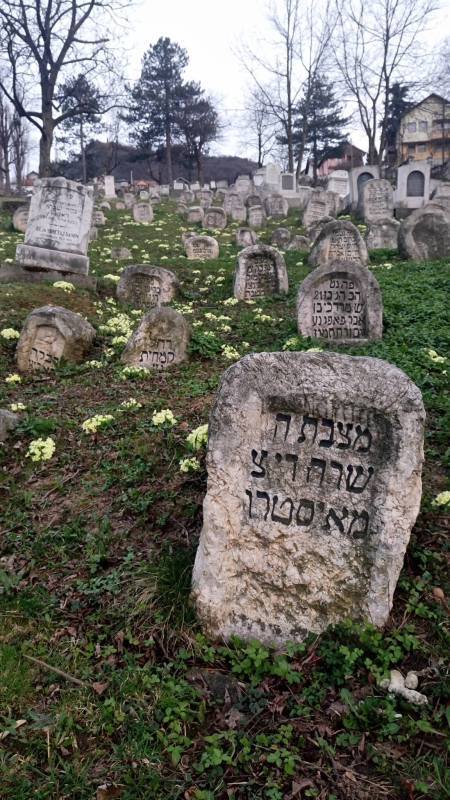 Visiting the large, old Jewish cemetery with its unusual tombstones (they are somewhat similar to the so-called Stećci, the tombstones of medieval Bosnian Christians called Bogumili) which was on the frontline during the conflict of the 1990s, and starting the Sabbath with the Sarajevo Jewish community in worship and conversation, taught us about a particularly close relationship between Bosnian Jews and the Muslims. That relationship became encapsulated in the partly-historical-partly-mythical story of 'Sarajevo Purim' which relates to events in early 19th Century, around the times of Purim, when the crowd of Sarajevo Muslims prevented the cruel and unjust punishment at the hand of the Ottoman Ruždi-Pasha of the city's most prominent Jews. Good relationship between Sarajevo Jews and other Sarajevans continue to this day, as the Bosnian Jews are perceived as 'Sarajevo's very own'. The leaders of the Jewish community of BH, Jakob Finci and Eli Tauber, remain actively engaged in Bosnian public life.

Despite knowing much about Srebrenica beforehand, we were unprepared for the shock we experienced on our visit to Srebrenica Memorial and Museum. I will not repeat a fuller description of this dreadful crime and its magnitude other than reminding the reader that it included a systematic murder of 8372 Bosniak men and boys (most of them taken captive) by Bosnian Serb Army and paramilitaries in July 1995 in Srebrenica and surrounding villages. What brought a chillingly fresh perspective on the Srebrenica genocide was meeting Nedžad Avdić, one of very few survivors of the genocide itself.

Nedžad's incredible story of survival of one of the mass executions of Srebrenica victims, and even more his decision to return to live in Srebrenica with his family, reveals this darkest moment of recent European history as what it primarily is: a field of immense and lasting pain of many thousands of personal stories and experiences, of whole communities. 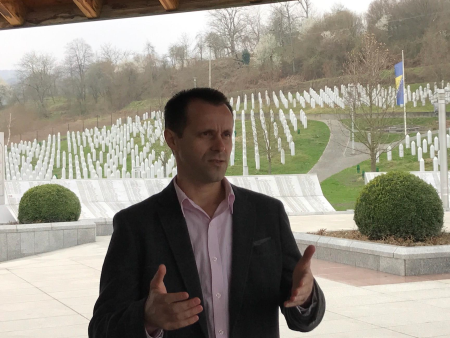 I sometimes worry that Srebrenica, since it has become the international symbol of the Bosnian conflict, can at times overshadow other events that happened before, during and after that conflict, and even make us less able to recognise and understand the broader story of Bosnia and Herzegovina and its people. But meeting Nedžad and hearing his story made it absolutely clear how important remembering Srebrenica is. It brought home the tragic significance of the radical evil that has happened there and can happen again. In today's situation of rising anxieties, weakening political stability, and renewed virulent nationalisms, anti-Semitic and anti-Muslim attitudes in Europe, we Europeans have a duty to recognize the signs which lead from prejudice and discrimination to inhumane treatment, persecution, ethnic cleansing, and genocide. Trying to envision a brighter future in the face of such painful and still contested memories demands both creative thinking and moral courage. A perspective which can allow for this was, I think, on our trip best expressed by Muhamed Jusić: "The division that matters in Bosnia and Herzegovina is not between people of different religions, or between the religious and the non-religious; it is between those of us from all communities here who know and claim that we can live together, and those who try to deny this."