Why Sometimes You Just Need to Keep Going

The Myth of Sisyphus teaches us a lesson about religious leaders involved in interreligious engagement and activism. In the myth, King Sisyphus of Ephyra spent each day pushing a boulder up a hill, only to watch it come back down under its own weight. Sisyphus did this act as a punishment, and it was repeated day after day for eternity. The story has been interpreted as vanity, a seemingly meaningless task whose destiny is its own unravelling. Yet that is not the only interpretation. Homer found the king wise and prudent. In his book The Myth of Sisyphus, Albert Camus argues Sisyphus is happy, that "the struggle itself toward the heights is enough to fill a man's heart". Even the most mundane tasks, it could be argued, can be full of meaning. 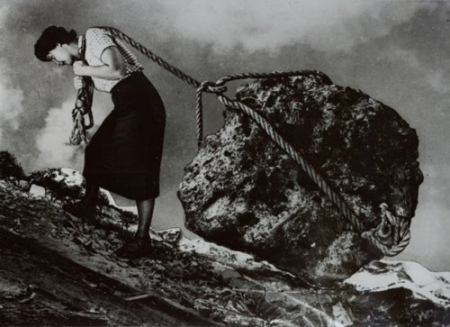 It could be said that clerics have different rocks to push. Maybe it's the repetition of life cycle events, the fundraising that never seems to end, or managing the ever present communal disagreements. Yet as religious leaders become more socially and politically engaged, today's ever-changing social and political climate seemingly has become the new boulder to struggle with.

Last Autumn I was conducting field work in New York, specifically on 8 November – a day that will go down in history books. In the wake of the US presidential election, many in NYC were in shock and disbelief (note: Trump only received 18.4% of the votes in NYC). However, amid the uncertainty generated from this election, the event undeniably sparked action among religious leaders. The rhetoric and action surrounding calls to ban Muslims and providing a platform to antisemitic language mobilised religious leaders to form new alliances, leading to a more public face for the city's religious leaders – including those with an international platform to those at the grassroots doing good work without attention. 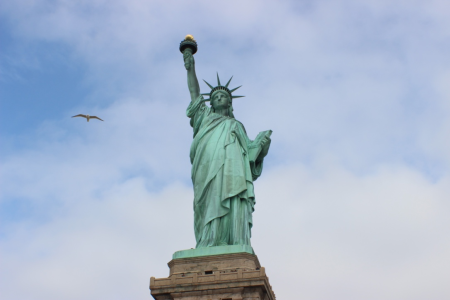 This alliance is especially true particularly among Jewish and Muslim leaders seen in the ADL conference I attended, where the President, Jonathan Greenblat, proclaimed that if a Muslim registry was put in place by President Trump, "this proud Jew would register as a Muslim". The Jewish-Muslim "alliance" was not only picked up by me during those months – you can read more about it here. 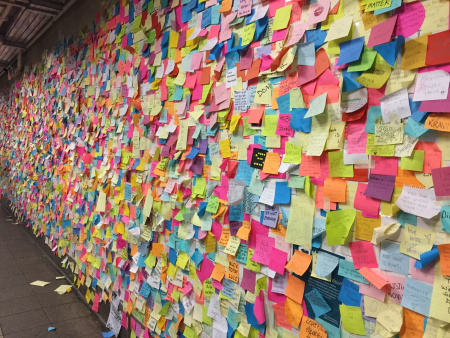 Although the actions may be political, religious leaders are using their moral, religious, and social authority to speak into the public square. A theological college in New York City saw unseen numbers of people attend their monthly lectures on social justice following the election, described as part of the "latest upwelling of left-leaning religious activism". Across the street this was manifested in a church that consistently uses their pulpit publicly, specifically around the threat of a ban on people from majority-Muslim countries. You can see a summary of the sermonhere. Also acting on Trump's ban was a group of 20 rabbis from New York City, who publically protested and were arrested.

On this side of the Atlantic, priests, rabbis, imams and others are often found on the forefront denouncing hate attacks, educating their congregations, organising to stop hate crimes, and, in the case of Finsbury Park Mosque, playing a direct role in saving a life. The public condemnation from a wide array of faith leaders, including Archbishop of the Church of England and the Chief Rabbi are significant. Their words and actions towards "the other" can impact those throughout their communities and effect of culture of understanding and solidarity, particularly when we see the behaviour of togetherness is a trend, not simply a reaction: 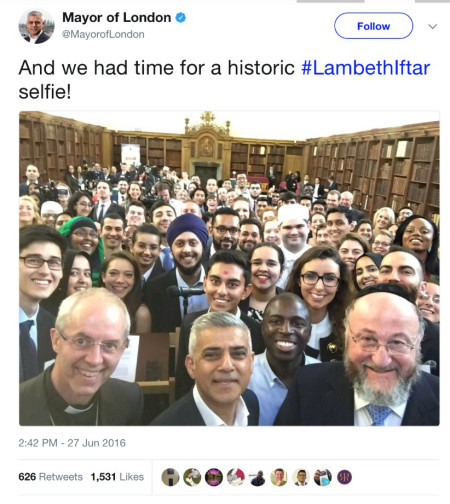 Responding to the socio-political climates of hatred and violence has taken up more time of an already overburdened clerical profession. Yet in these moments religious leaders have an opportunity to provide a moral voice to the public square and inspire their communities that they, too, can reach across the lines of faith to make their community a more harmonious, cohesive place. 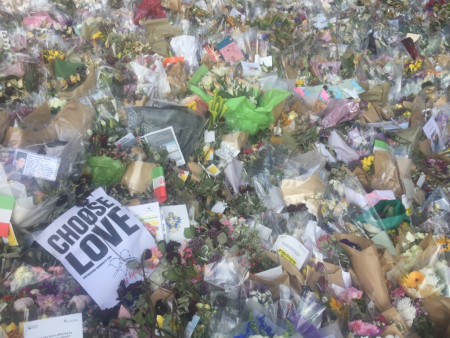 Responding to hate with love: tributes to the victims of Borough Market

One week after Donald Trump was elected as President of the United States, I was speaking to a rabbi in New York about interfaith relations. Rabbi Burt Visotzky of Jewish Theological Seminary described his interfaith work to the task of Sisyphus, but after the election he told his loved ones that "the hill just got steeper, and the rock larger". Despite these challenges, religious leaders have emerged as powerful public forces over the past year and have tremendous agency in shaping their own faith community through their words and deeds.

As the interview concluded, Rabbi Vistotzky recalled an encouraging word from his son about the reality of interfaith relations – "imagine what the world would be like if you didn’t push the rock up the hill".

This article is written by Austin Tiffany who was awarded the Woolf Institute Cambridge Scholarship to undertake his PhD studies at the University of Cambridge.

Applications for the Woolf Institute Cambridge Scholarships entry 2018-19 will open in September 2017. Scholars will be co-funded by the Woolf Institute and the Cambridge Commonwealth, European and International Trust and selected from amongst applicants in the Arts, Humanities and Social Sciences whose research must be relevant to the focus of the Woolf Institute – the multi-disciplinary study of relations between Jews, Christians and Muslims. Details can be found here.