Why Remember the Holocaust?

It is 2017 and I am preparing our seventeenth Holocaust Memorial Day (HMD). This is for the Cambridge City Council who generously support what is a major civic event. We usually have around 450 in the audience for the main event and upwards of 50-60 people taking part on stage. So the event is big. Very big and it takes around a year to plan and execute.

HMD has been commemorated around, or about, the 27 January which was the day that Soviet troops (mostly Ukranian) liberated the Nazis' largest death camp, Auschwitz-Birkenau, a terrible place where over 1 million men, women and children, mostly Jews, were gassed or starved to death. The question I am often asked is 'why remember the grim event of what was the world's largest genocide? After 70+ years isn’t it time we forgot and moved on?'.

The implication of this question is that 'moving on' and remembering are mutually exclusive. In some minds, and I have had this levelled at me personally, the commemoration of the Holocaust is special pleading for Jews and that they are not the only group to have suffered. Add to this an undercurrent of criticism that goes something like this (but is hardly ever articulated in such honest and blunt ways), 'The Holocaust = Jews = Israel = Apologies for Zionism'. This equation often (discretely) manifests itself in statements such as 'But let's remember that it wasn't only Jews that died' or 'I hope HMD will recognise the sufferings of the Palestinian people'. These statements are ones I get on a fairly regular basis from certain quarters. This perception that HMD is some kind of prurient gloom-fest wallowing in Jewish suffering at the expense of others in an attempt to justify the existence of Israel is highly ill-informed and not a little mischievous.

My programming of the HMD event has always been within the guidelines set by the Holocaust Memorial Day Trust – a national body with charitable status – that itself forms part of an international conversation on how to tackle the sad history. Firstly it sets an annual theme – this year is 'How can life go on?' Previous ones have given us lots of scope for creative programming. Some focus on the importance of memory and legacy: 'Keep the Memory Alive', 'Untold Stories'. Most centre on 'lessons' from the Holocaust  that could apply to today's world: 'Stand up to Hatred', 'The Dignity of Difference', 'Journeys'.

In my notes for the printed programme of HMD, I say that 'HMD was the A-Z of genocide'. It was so vast, so well organised, so well researched, that it has provided a millennium of lessons for our world and the future. 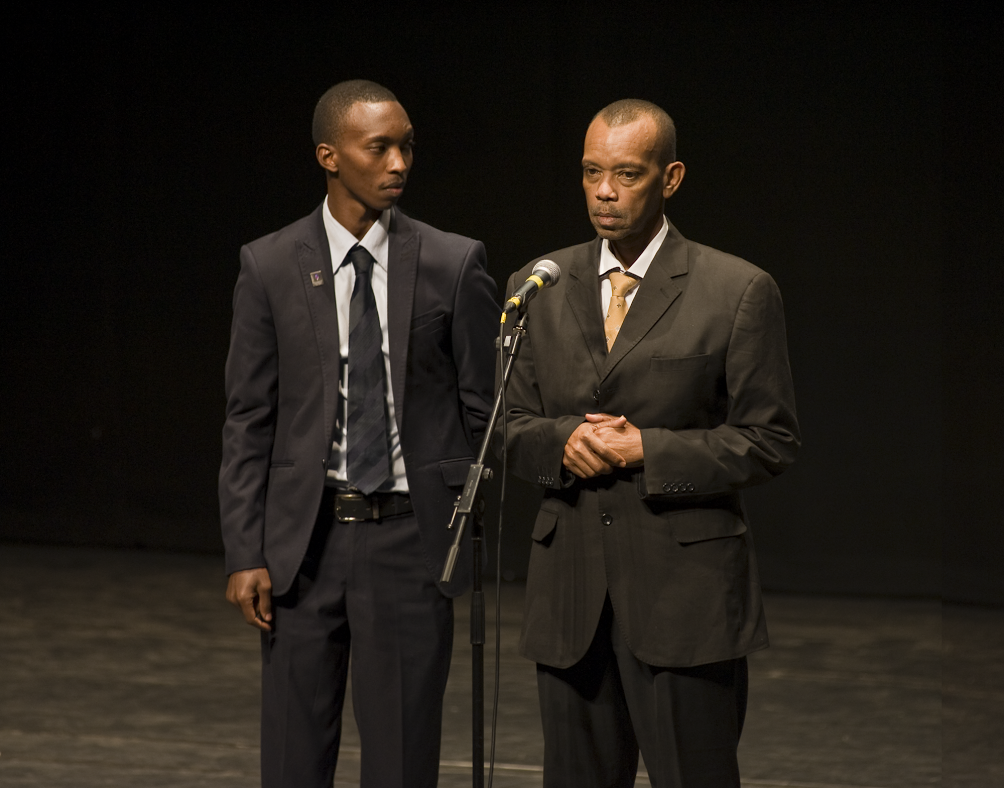 We are encouraged by the Trust to consider subsequent genocides showing that lessons have clearly not been learned. Thus two years ago, we welcomed on stage Damas Gisimba, a remarkable man who personally rescued hundreds of children from slaughter during the Rwandan genocide. We also were joined by Johnson, one of the children whose lives he saved. The audience were stunned by their story and gave Mr Gisimba, a true hero, an unplanned standing ovation.

In 2009 we had on stage Sir Nicholas Winton who organised special rescue trains out of Prague in 1939. Over 600 Jewish children found refuge in the UK – one of them was  five year-old Suzie Spitzer who travelled to Cambridge without her parents. On that occasion we had the foster father (then 94) and foster sister of Suzie telling us how Sir Nicholas had brought Suzie into the lives forever.

Previous years have seen speakers on the genocide again Roma Sinti (Gypsy) people, a survivor of the Bosnian massacres and more. We have always included material about genocides in Darfur and Cambodia and ensured that this knowledge is supported in an annual programme of school education events which happen in and around HMD.

The purpose then of HMD is not to simply to learn about and mourn for the loss of 6 million innocents but also to see how knowledge of the 'A-Z of Genocides' can help fashion a more peaceful, tolerant, inclusive world.

Mike Levy is a  Woolf Institute Alumni and playwright with a passion for history; he is a Fellow in Holocaust Education with the Imperial War Museum, London and Founder of Keystage Arts and Heritage.