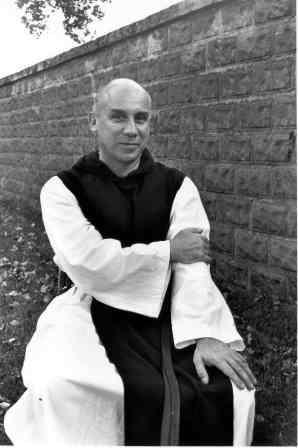 "A journey is a bad death if you ingeniously grasp or remove all that you had before you started, so that in the end you do not change at all." (Journal entry dated September 13, 1968)

So wrote Thomas Merton just a few months before his death by accidental electrocution in Bangkok while at an interfaith conference of Catholic and Buddhist monks and nuns. Merton's journey was a study in evolvement from the triumphalist Catholic convert turned Trappist monk who had eschewed "the world" to one who openly disdained the posturing and trappings of institutional religion and who, at the end of his life, was engaged in interfaith dialogue – mostly through written correspondence – on a monumental scale. It was with the multi-faceted Merton that a four-day conference of the International Thomas Merton Society (www.merton.org) this summer at Bellarmine University in Louisville, Kentucky was concerned. Entitled "Living the Legacy: Merton 100", it marked a high point in a year long series of global events designed to celebrate the centenary of Merton's birth on 31st January 1915 in Prades, France. The conference drew nearly 500 delegates from 20 countries with some having travelled as far afield as China in order to attend. I was there to give a paper on Thomas Merton's dialogue with Jewish and Islamic figures as well as share in what turned out to be an extraordinary gathering of individuals, each of whom had been touched by Merton in untold ways during some point in their lives. 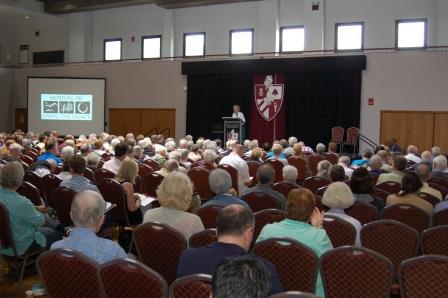 Bellarmine was a perfect venue because of its associations with Merton. A lovely Catholic university set amidst beautiful grounds with cloister-like walk-ways which connect various campus buildings, it is also the site of the Thomas Merton Center. Located just off the Library, the Centre houses a wealth of material by and about Merton under the direction of Dr Paul Pearson; it also includes Merton's artwork (some of which is very 'zen') and a permanent display of fascinating photographic studies which bear witness to a capacity for seeing well beyond surface matter. I found the setting tranquil and in between a packed programme of plenary lectures, concurrent sessions, workshops, book signings and relaxed meals (one of which was a Kentucky buffet where corn bread, black-eyed peas and other southern specialities were the order of the day), I took every opportunity to walk around the campus just to reflect on what I'd heard and to breathe in the warm air (weather is a feature in this part of the US and sudden dramatic storms can blow up at any time; thankfully, no storms while I was there though the temperature climbed to 90F one day with high humidity (ironically, I was cold most of the time due to air conditioning set at freezing!).

The breadth of the programme reflected Merton's huge areas of interest and engagement and so we were treated to presentations which included interreligious dialogue, environmental responsibility, war and peace, contemplation and ethical action, discipleship, racial justice, gender, politics and historical rebels. Alongside these sessions were outstanding plenary lectures. From Rowan Williams (a gracious presence who never flagged in the face of numerous requests from delegates for book signings or photos) who was influenced by Merton's writings on peace at the time of the Cold War to Fr Bryan Massingale, a moral theologian from Wisconsin. Massingale spoke on racism linking Merton's experience in Harlem, his correspondence with black writers and engagement with the Civil Rights Movement with the sad legacy of racial injustice in 21st Century America. His lecture ended with a contemplative space in which we were presented with a series of projected images of young African Americans who between 2012-2014 were the victims of police violence. One face after another (with the youngest victim just 12 years of age) was followed with 'May he rest in peace' serving as a litany and a memorial. This engagement with the visual was so powerful that a silence, heavy with emotion, was followed by a standing ovation. 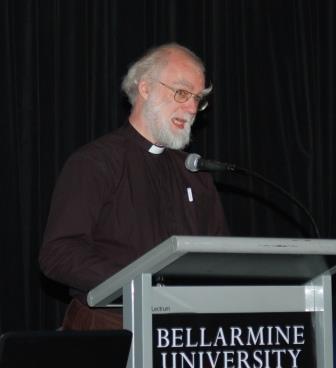 The interfaith aspect of the conference included Merton's dialogue with Asia with one presentation focusing on his personal friendship with the Dalai Lama. On the final day, there was an interfaith panel composed of Edward Kaplan, Sidney Griffin and Bonnie Thurston. Kaplan, who has been Kevy and Hortense Kaiserman Professor in the Humanities at Brandeis University and is the author of a seminal and award-winning 2 volume biography of Abraham Heschel, spoke on his experience of celebrating Shabbat with the community at Merton's abbey of Gethsemani in Trappist, KY. Griffin, a professor of Semitic and Egyptian languages and literature spoke about Merton's conversation with Islam while Thurston, an ordained minister and former professor of the New Testament at Pittsburgh Theological Seminary spoke on Merton and Buddhism: Monastic Stability and Change. (All three were present when I gave my paper which was both lovely and slightly daunting!) 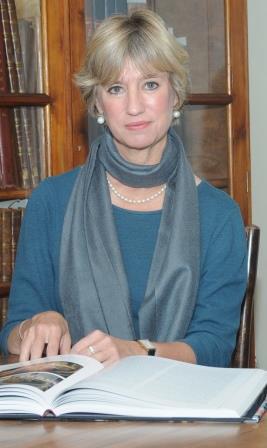 On my final day in Louisville, I found myself at the corner of 4th and Walnut (since renamed Mohammad Ali Boulevard), the site of Merton's 'epiphany' which he wrote so evocatively about in Conjectures of a Guilty Bystander:

"At the corner of 4th and Walnut, in the center of the shopping district, I was suddenly overwhelmed with the realization that I loved all those people, that they were mine and I theirs, that we could not be alien to one another even though we were total strangers. It was like waking from a dream of separateness, of spurious self-isolation in a special world, the world of renunciation and supposed holiness… This sense of liberation from an illusory difference was such a relief and such a joy to me that I almost laughed out loud .... As if the sorrows and stupidities of the human condition could overwhelm me, now I realize what we all are. And if only everybody could realize this! But it cannot be explained. There is no way of telling people that they are all walking around shining like the sun."

Being on that spot made me realize the enduring relevance of Merton's words as a witness to our connectedness as members of the human race.

This post is written by Susanne Jennings MA (chartered), MCLIP, Faculty Librarian, Faculty of Architecture and History of Art, University of Cambridge; teaches A level Theology and Religious Studies and English Literature, supervises in Theology at undergraduate level and is currently working on an academic study of Thomas Merton. Susanne recently attended The Fourteenth General Meeting of the International Thomas Merton Society where she gave a paper entitled, Common and Dissonant Threads in Thomas Merton's Interfaith Dialogue with Jewish and Islamic Figures.