The ‘Inter’ of Interfaith Initiatives: reflections on Delhi

I have just spent a week in Delhi on a cross continental research project examining the impact of interfaith initiatives (in London, Delhi and Doha).  I stayed at the India International Centre, which looks a little like Churchill College, Cambridge and is an oasis of calm, away from the noise and (organised?) chaos that is Delhi.

No sooner had we landed than massive queues appeared around airport currency stalls – in an attempt to reduce corruption and black market tender, the Government had recently banned 500 and 1000 rupee notes, (86% of the currency).  It was an extremely controversial decision by Prime Minister Modi and took everyone – including the banks – by surprise. I managed to exchange the maximum possible (£35) after an hour’s wait.  ATM queues continued all week.

Dr John Fahy, Woolf Institute Research Fellow working full-time on the project, organised a challenging itinerary, starting within an hour of arriving. We spent the first afternoon walking around the streets of Delhi, visiting various religious sites including Gurdwaras and churches. Our guide was keen to point out the harmony between all religions ('harmony' is a popular term).

Over the next few days, we met Christians, Muslims, Hindus, Sikhs, Buddhists, Jains, Parsees and Jews. John Dayal, a Catholic human rights activist and journalist, talked to us about the increasing intolerance in India, particularly since PM Modi and the BJP came to power in 2014. The BJP has a working majority in parliament, an unusual occurrence in India, with freedom to enact policies without the distraction of coalition partners. Modi is politically right-wing but, more relevant for interfaith, he is a 'Hindu nationalist'. We regularly heard the term 'saffronisation' to describe Modi’s policy. This could be translated as 'Hinduisation' and minorities, particularly Muslims and Christians, are feeling unsettled and even fearful for the future. 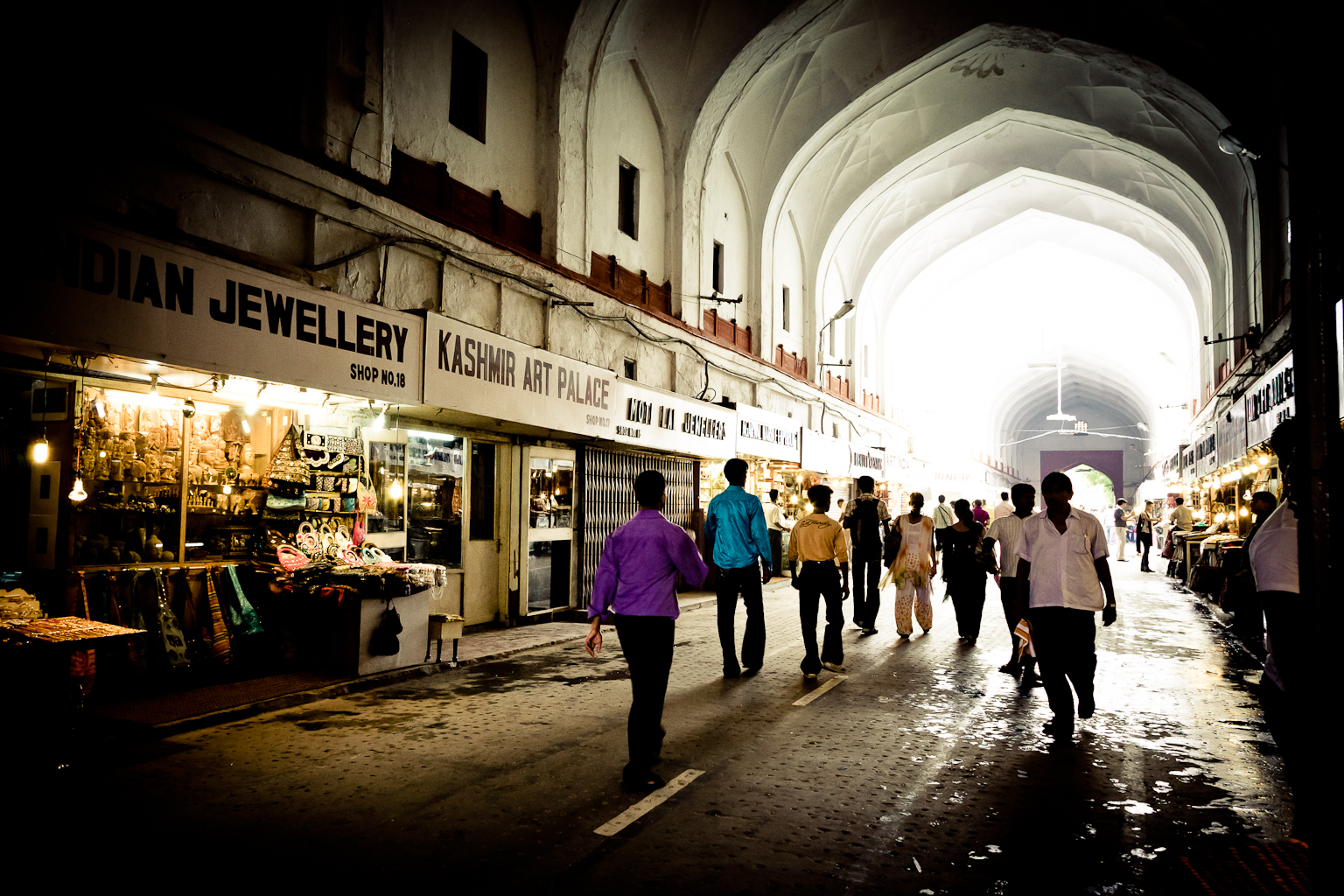 We participated in a couple of formal roundtable interfaith discussions, which consisted of community leaders outlining similarities and commonalities.  Very rarely was 'difference' raised. Swami Agnivesh, a former politician who gave up worldly goods to become a religious leader, and social activist exemplified the desire to focus on what can be achieved together, rather than managing difference.

I delivered a couple of lectures about interreligious tolerance, including at the Centre for the Study of Comparative Religions and Civilizations at Jamia Millia Islamia University, one of the very few institutions of its kind in India, as well as the Jesuit Vidya Jyothi College of theology. Most attendees were Christian or Muslim and expressed a genuine desire to discuss interfaith activity and to hear about the UK experience, particularly the report of the Commission on Religion and Belief in British Public Life (2015) and grassroots interfaith initiatives.

The concept of the Public Good resonated well, as did the significance of accepting a multiplicity of perspectives.  For the former, we discussed the implications of being inter-dependent in India and for the latter, we discussed the similarities and differences between Abrahamic and Dharmic approaches to interfaith dialogue.  Whilst I proposed that it was telling that our sacred scriptures tend to be written in the form of narratives, (including the Upanishads as well as the Bible) and allow for a multitude of interpretations, I was informed that the Hindu Vedic traditions were more concerned with practice and ritual rather than narrative.  I was left with much to ponder. 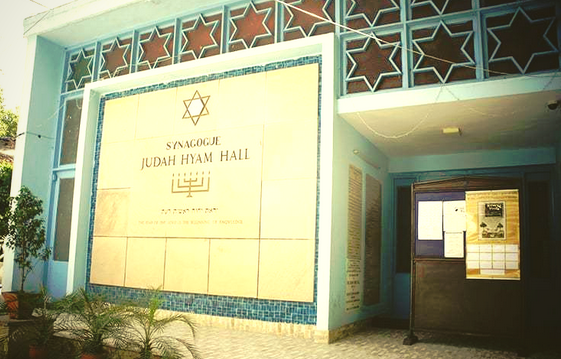 A personal highlight was a visit to the Delhi synagogue on Friday night. When we first arrived, it looked as I expected - an empty and rather untidy hall with old plaques on the walls, suitable for a community with (supposedly) 5-10 Jewish families. However, the synagogue soon became packed with 40-50 people, including children. There was  a Jewish-Sikh blessing for a newly married couple which attracted some Sikh guests - one Sikh (without a turban) had great difficulty keeping a kippah (skullcap) on his head - but others attended simply because they happened to be in Delhi over shabbat.  There was an American Professor of Philosophy from SUNY, who now lives in Goa, an Israeli businessman, a Russian diplomat and some local Indians.  One young man, from Kerala is a GP (trained in China) and wants to practice in the UK. A gamut of Indian Jewish life. 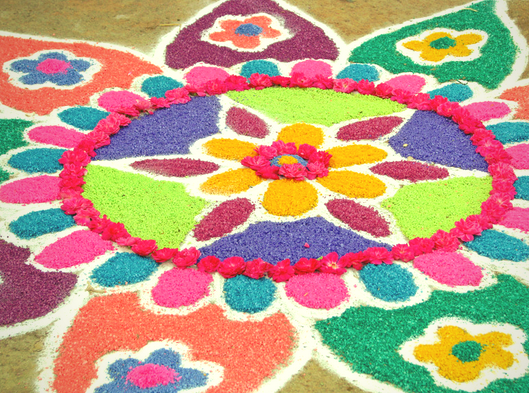 A careful reader may notice one voice missing from the story: the Hindu Nationalist. However, thanks to Mark Tully the BBC journalist who I first met many years ago, we had a long conversation with a former BJP parliamentarian who offered an insight into the justification for 'saffronisation'. 'Mother India should be wholly Hindu', according to our interlocutor, although there is a place for Buddhists, Jains and Sikhs. He argued that the average Hindu 'hated' Muslims and in his view, Muslims were 'contemptuous' of Hindus. Although Christians were also under suspicion, they were less of a threat. 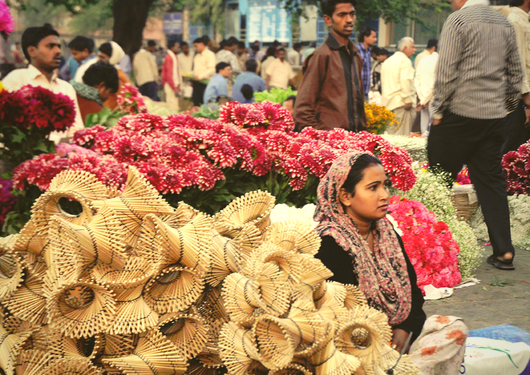 I left the meeting wondering whether 'Saffronisation' and the marginalisation of Muslims and Christians typify present-day India? It is fair to say that a country traditionally renowned for tolerance and pluralism is experiencing an upsurge in religious nationalism, economic uncertainty as well as a fear of terrorism.

Yet there are grounds for optimism, not only because of the many Hindus who are opposed to religious nationalism, but also because of the small number who are engaged in interfaith activity. For Mark Tully, the intrinsic pluralism and tolerance of India will win through, eventually. And as he said to me, "in India things are never as bad as they seem, nor as good as they seem".

Perhaps it is simply this: restoring the 'inter-dependent' to the 'inter' of interfaith activity.

NB The research project, Assessing the Impact of Interfaith Initiatives is funded by the Qatar National Research Fund and is a collaboration between the Woolf Institute, Georgetown University (Doha) and the Doha International Centre for Interfaith Dialogue (DICID). As the Principal Lead Investigator, I visit Delhi in the second year of the project.