The Communion of Struggle: Celebrating 50 Years of Nostra Aetate

Wednesday 28 October 2015 marks the 50th anniversary of Nostra Aetate. To commemorate the occasion, Lindsay Ann Cox reflects on the recent Canadian celebratory conference, The Global Village: Our Responsibility to Engage. 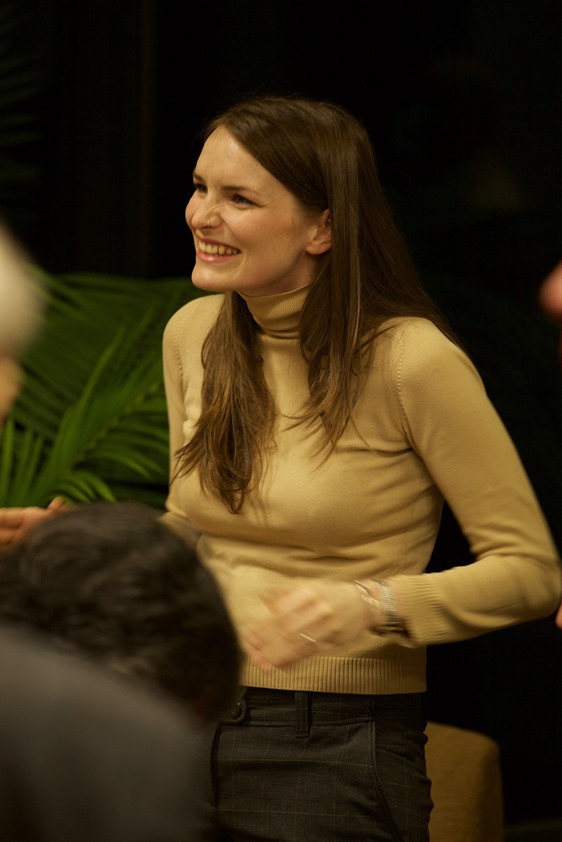 We have only begun to know
the power that is in us if we would join
our solitudes in the communion of struggle...

Dr Mary C Boys, professor at Union Theological Seminary, opened the Canadian celebration of the 50th anniversary of Nostra Aetate at St. Michael's College, Toronto, by reading these powerful and evocative words, borrowed from Denise Levertov's poem, "Beginners". In doing so, she encouraged everyone to focus on the phrase 'communion of struggle' and to envision our own roles therein. How are our struggles connected with others' – with the 'other'?

The conference, which was entitled, The Global Village: Our Responsibility to Engage, brought together an impressive group of global scholars and activists to discuss the enduring value of one of Vatican II's most important documents. In the face of almost two thousand years of problematic Christian doctrines and teachings on relations with other religions, Nostra Aetate exhorts the members of the Catholic Church, "that through dialogue and collaboration with the followers of other religions, carried out with prudence and love and in witness to the Christian faith and life, they recognize, preserve and promote the good things, spiritual and moral, as well as the socio-cultural values found among these men". Through its emphasis on mutual understanding and dialogue this document has been the basis of many interfaith encounters, which have in turn provided us with a fruitful paradigm for the future of interfaith relations.

Rabbi Dr Ron Kronish, Founding Director of the Interreligious Coordinating Council in Israel, who spoke on the Jewish response to Nostra Aetate, rightly asserted that in our current globalized context, there is a "desperate need for a massive religious, spiritual, educational, and psychological campaign to change the hearts and minds of the people on both sides; a serious and systematic set of programs that will need to educate the next generations about the existential need to learn to live together". Rabbi Kronish spoke from his experience of living in Jerusalem for the past 36 years, where he and his colleagues have been pursuing interfaith dialogues between Jews, Muslims and Christians in the epicentre of the Abrahamic faiths, the Holy Land.

The keynote panel, structured as a dialogue itself, asked the question, "Thoughtful voices or extremist views? How can religion have a positive impact on social and public policy?" Dr Nevin Reda, Fr Timothy Radcliffe, O.P. and Dr Edward Kessler each presented their responses and, while perhaps unintentional, revolved around a central idea: the need for concrete, lived expressions of interfaith dialogue. Dr Reda spoke movingly about the new Muslim Studies program at Emmanuel College, University of Toronto, where those training for clergy in both Christianity and Islam are learning together. Whether in classes on homiletics or pastoral care, an interfaith community is being built in a Christian theological college; it is a paradigm hopeful of being extended beyond the walls of the college and into local faith communities.

Fr Radcliffe, as a result of his vast experience around the world, spoke about the discomfort and brokenness that is often revealed in interfaith relations. His conversational model returned to the 'communion of struggle' and insisted that before any "conversation can begin, one needs to open oneself to the pain and dismay of the other and feel it as one's own. [For, t]here will only be good conversation if one has something to give and something to receive. It is animated by our differences. If we only talk about what we have in common, then the dialogue will swiftly become dull and lifeless". Fr Radcliffe spoke passionately about the challenges involved in fully valuing differences as a kind of mutual respect for one another, despite painful histories and present contexts.

Dr Edward Kessler, Founding Director of the Woolf Institute, speaking from his longstanding experiences in Jewish-Christian-Muslim interfaith relations, also highlighted the importance of mutual respect and trust. "Dialogue entails a respect that takes the other as seriously as one demands to be taken oneself: an immensely difficult exercise. Only then can genuine dialogue be said to have taken place". But how exactly does this happen? Dr Kessler was clear that no dialogue should be forced or imposed upon others and that such engagements should follow a "method of rapproachement between different religions in our globalized multifaith and multicultural society". To this end, Dr Kessler was particularly vocal about the daily, concrete ways in which everyone can contribute to interfaith (including no faith / atheistic / agnostic beliefs) dialogues: by refusing hateful speech and actions. In our everyday lives we hear and experience situations where anti-Semitic, Islamophobic or anti-Christian sentiments are expressed and to these messages of ignorance and intolerance, Dr Kessler suggested that we dare to speak up, thus refusing to be silent about the sentiments of hate which are far too common in our societies.

The 'communion of struggle' is real and alive and was present at this conference. The speakers and conference attendees, myself included, were welcomed to lay down our solitudes with the 'other' in substantive and inspiring dialogues. And despite so much brokenness and continuing need, there was an active hope present throughout the day, one which will have enduring value as each of us moves through our lives seeking opportunities for genuine dialogue.

So much is unfolding that must
complete its gesture,
so much is in bud.

This article is written by Lindsay Ann Cox who is currently a PhD student at Emmanuel College, University of Toronto. Her research focuses on the theological and philosophical dimensions of Jewish-Christian relations in the postmodern, postsecular public sphere.