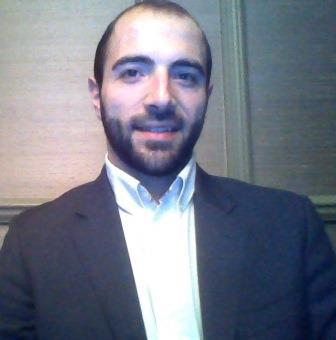 How are religious communities evolving in Europe? In what way have historical events influenced the way people profess their faiths? Such questions may well affect the believer and the non-believer alike, merely as human beings. Taking the course Jews, Christians and Muslims in Europe: Modern Challenges has allowed me to gain a grounded perspective in relation to these topics. Having been fortunate enough to participate to the course in 2015, I share here some impressions over the contents covered, and the experience in general.

A variety of domains pertaining to the history and evolution of the interfaith journey in the old continent have been investigated during the course.  From religious Convivencia in Islamic Spain, to the more recent issues of citizenship, identity, and belonging, the ways religion has carved new concepts of space for 'different communities' in today's Europe have been focused on. The materials provided by the Institute create a coherent network of thought that maps the historical unfolding of interfaith relations in Europe. From Wales to Bosnia, from Santiago de Compostela to Auschwitz, major events that have shaped interreligious communities have been examined. However, the course did not only focus on events, but also on the role of people and their effect on society. Topics such as the creation of Janissary soldier units back in the 14th century, or the social engagement of French working priests in the 1940s, as well as present time home loans for Muslims living in countries with western banking systems, have been studied interactively, with materials to read and work on.

The structure of the course allows for everyone's input to be read by the other participants, and to create discussion forums, or to add resources to the discussions. The course organisers punctually provide feedback and additional information, often with philosophic-historical impact, regarding the work produced by the students. Participants were all gifted writers coming from numerous professional backgrounds, which added diversity to the learning experience. Such experience does not only draw from texts, but also from the other participants. It may be striking how this could also apply to multi-faith progress today.

Taking the chance to know more about the developments of the three monotheistic religions in Europe has been the main reason leading me to take the course. On one side, I felt this to be a spiritual duty. On the other, there was pure curiosity of the subject. As a linguist, reading about the evolution of articulated religious and interreligious language ecologies over the centuries has left a mark on me. Indeed, 'words confuse as well as clarify', to quote from Defence of Democracy, a text by Rabbi Jonathan Sacks dealt with during the last part of the course. Throughout history, from the multilingual communities in Al Andalus to the Turkish communities in Germany, subtlety of words can only be matched by their fierceness. Their power to relate is Janus faced, they unify as well as divide. In this sense, a salient topic during the course has been the Bosnian mid 1990s situation. The Bosnian linguistic landscape exemplifies how Catholicism, Orthodoxy, Islam, all have a solemn bond with the language and the scripts that 'identify them': Latin-based, Cyrillic, and Arabic scripts. It goes without saying that Judaism has an indissoluble bond with Hebrew. Such linguistic and religious anthropology have left me astonished in front of the fact that Europe, historically shaped by Christianity, is now in a position to realise that the future cannot be shaped without taking into account, at the very least, the other two Abrahamic religions. The future seems to be pointing towards a code of ethics that transcends differences in faith(s), and that makes for mutual respect the benchmark for future outcomes.

In terms of contents, readings, learning, as well as resources, the course was nothing short of a university MA module. Try not to leave everything to the end, and enjoy the texts, the discussions, and the live webinars where questions can be asked live.  I have found the course very gratifying, as well as deeply insightful, both at the spiritual and the cultural level. A truly enriching experience.

This article is written by Andrea Musumeci who is a linguist, freelance translator, interpreter and subtitler. Recently Andrea was a visiting scholar at the Department of Languages and Cultures, SOAS, University of London, where he investigated endangered languages planning and policies in relation to his studies on Sicilian. Andrea has just started a PhD in Translation Studies at UCL, and is currently tutoring on subtitling and translation technology at Middlesex University London.

Further details of the online course, Jews, Christians and Muslims in Europe: Modern Challenges and how to apply, click here.