Religion, Truthfulness and the ‘Post-Truth’ Politics

Politics has always been a hospitable environment to spin, half-truth, insinuation, and sometimes outright lying. For this reason, the recent talk of ‘post-truth politics’ as something radically new seems premature. While it is true that we have recently witnessed a "quicksand of lying statements of all sorts, deceptions as well as self-deceptions", and had opportunities to wonder at “the extravagant length to which the commitment to nontruthfulness in politics went on”, it was exactly with these words that Hannah Arendt’s described the deception in US politics in her essay ‘Lying in Politics’ 45 years ago.

The recent extraordinary rise – in American, Russian and European politics, and beyond – in blatant and persistent denial of easily verifiable facts is arguably a distinctive development of the old phenomenon Arendt wrote about. After all, we do live in a time of unprecedented access to information, incredible speed of its dissemination, as well as relatively reliable scholarly and journalistic fact-checking procedures (even if disregarded by many), compared to any earlier time in history.

There is no doubt that Donald Trump’s campaign that brought him to the White House was characterised with a blatant disregard for truth, false assertions and insinuations, which exploited people’s fears and prejudices. On the other hand, Trump routinely treated widely believed conspiracy theories, however ludicrous, as credible explanations. Trump received strong support from many people of faith, especially amongst conservative, Evangelical Christians. 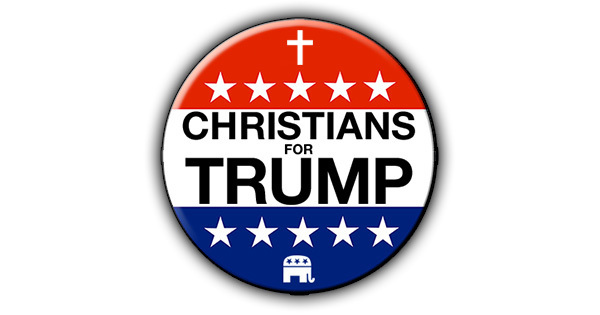 This strong ‘religious vote’ for a scandalously truth-disregarding politician raises – or rather, revives – poignant questions about the relationship between faith, reason and politics. Is there something about religious ways of reasoning and speaking more generally, perhaps, that goes against the virtue of truthfulness? Does religion weaken the habits of fact-checking and making sure what you say is well supported by evidence – the procedures so central to society’s healthy functioning and trust? Do religions, with their stories which are taken by faith and (normally) not through evidential reasoning, damage people’s sensibilities for detecting stories that are not verified, or even proven false, and hence do not deserve to be trusted?

According to the late Cambridge philosopher Bernard Williams, the all-important virtue of truthfulness is constituted by two other virtues, “Accuracy and Sincerity: you do the best you can to acquire true beliefs, and what you say reveals what you believe” (Williams, Truth and Truthfulness, p. 11). Now, it is difficult and sometimes unethical to judge other people’s sincerity in what they say they believe. Accuracy, however, or doing one’s best to acquire true beliefs, is normally understood as encompassing adherence to communally well-established procedures of fact-checking and relating one’s assertions with what she has enough evidence for. On the one hand, in most religions, including Christianity, Judaism and Islam, being truthful is regarded as a very important, even central virtue. On the other hand, it seems that some of the central faith-claims of those same religions – again, including the Abrahamic ones – are, from today’s standpoint at least, not based on strong historical or scientific evidence. In fact, most often faith-claims do not seem to be a result of evidential reasoning in any straightforward sense at all (which is why we call them ‘faith-claims’ in the first place, one might add), at least not in a sense of ‘evidence’ similar to how we normally use this concept in everyday disputes about facts, or in a court of law, or in science. 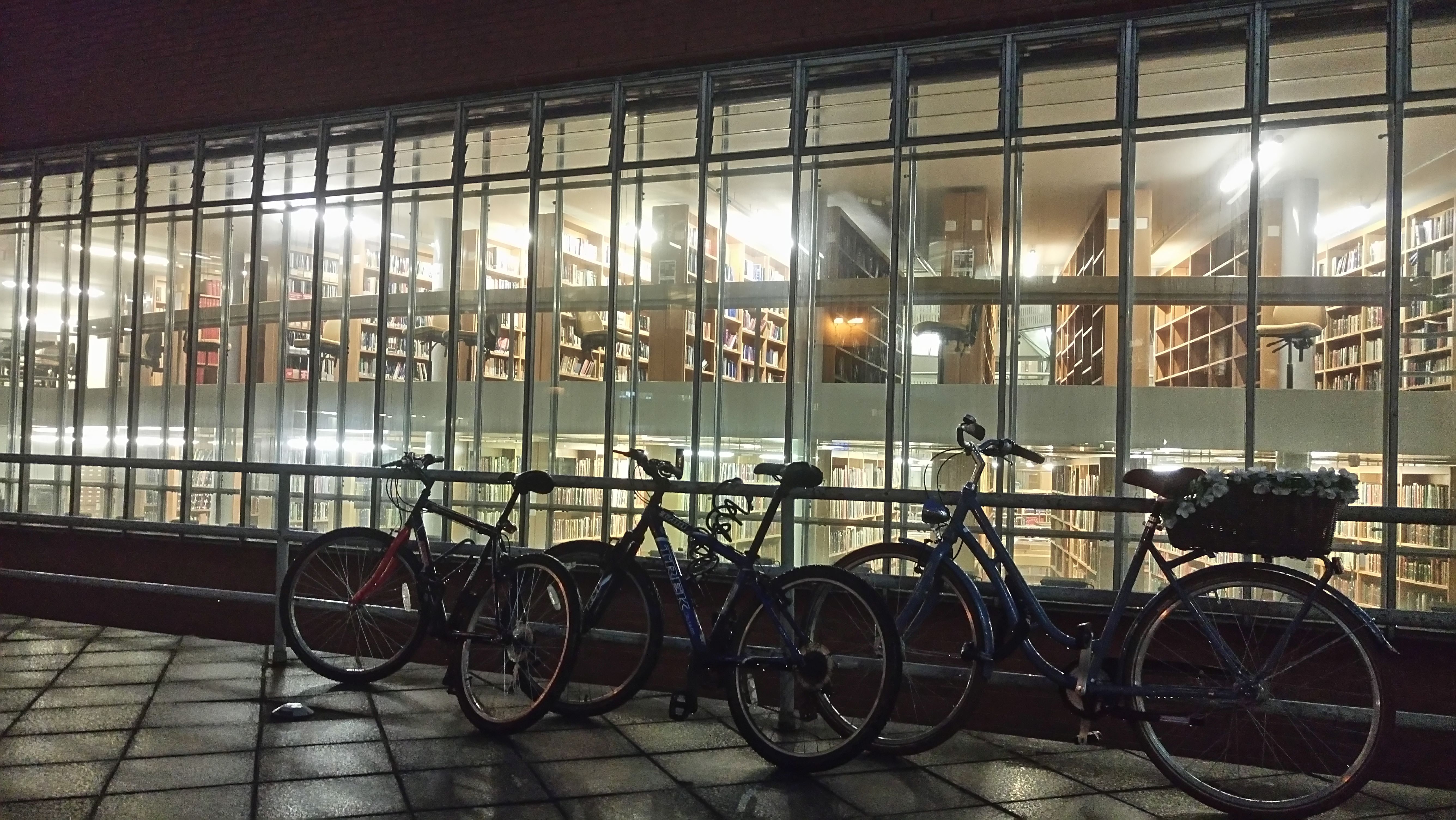 The question, then, is whether this doxastic practice (i.e. a practice of acquiring, rejecting, or admitting beliefs) of allowing oneself to trust the doctrines of one’s own religious tradition, which are (normally) not based on public evidence as usually conceived, erodes the epistemic discipline of accuracy and hence weakens the virtue of truthfulness – the very virtue which otherwise may be central to that tradition. The endorsement, which I mentioned earlier, by many US Evangelicals of a politician who habitually denies facts and asserts unsupported claims, does appear to give credence to this conclusion.

But such a conclusion is somewhat too quick and surely too general. US Evangelicals are, of course, just one particular subgroup of Christianity, in very particular political, historical, cultural, economic, circumstances, and with a notable internal diversity. And yet, the Evangelical vote for Trump should, I think, worry you if you are a Christian, even if you are not Evangelical. It certainly worries me, as a Christian, and makes me want to re-examine my own doxastic practices. One way I can do this is to ask myself whether my theological conception of reason (and this also holds for whichever tradition you might be coming from) affirms the virtue of accuracy, of the evidential procedures for establishing the historical and empirical facts, regardless of whether I might like those facts or not. If, on the other hand, my theology offers an ideological cover for confirmation bias, then it needs to be reassessed and probably rejected. Any reasoning, whether religious/theological or not, that justifies rejecting or ignoring clear and strong evidence against something one would have liked to be true, or for what one’s tradition says that it must be true, is suspect and most probably vicious, not virtuous.

Some assistance may come from the philosopher Ludwig Wittgenstein, who distinguished between ‘ordinary’ and ‘extraordinary’ beliefs, the former being historical and empirical beliefs and the latter being held on to with a religious trust. Wittgenstein’s point was that these two should be understood as different kinds of belief-attitude; what is appropriate in religious believing is not appropriate in historical-factual or empirical-factual investigation, and vice versa. Even those religious beliefs which in some way relate to history – for example, the Muslim belief that Mohammed was a Prophet of God or the Christian belief that Jesus was the Son of God – are not really meant as ‘ordinary’ beliefs in historical-empirical claims. In whatever way these beliefs may relate or not to actual historical events, both religious believers and non-believers do well, according to Wittgenstein, if they recognise that these beliefs are not meant to be empirically testable in the first place, but rather as life-guiding commitments or “pictures” which frame believers’ attitudes towards their fellow human beings, other beings, environment, and God.

At this point, theologians would usually object that the concept of ‘truth’ is not as simple as these Wittgensteinian reflections seem to imply. Truth cannot be reduced to the truth about the empirical world. Moreover, the beliefs that are essential for virtuous politics are not so much the empirical beliefs as are moral commitments/values, which might not fit very well into the Wittgensteinian dichotomy between ‘ordinary’ and ‘extraordinary’ beliefs. With some qualification, both of these are valid points. Nevertheless, I believe that maintaining some such distinction between different kinds of beliefs might be crucial for a religious person to uphold the virtue of accuracy in relation to all ‘ordinary’ believing. This is, of course, because ‘getting one’s facts straight’ does have a lot to do with values, and the political discursive practices and decisions which affect the lives of us all. Religious categories tend to frame the attitudes towards the world and inform the values for the people of faith, but such categories and beliefs need not and should not weaken one’s commitment to the procedures of responsible evidence-checking. Rather, they can offer philosophical underpinning of such procedures. 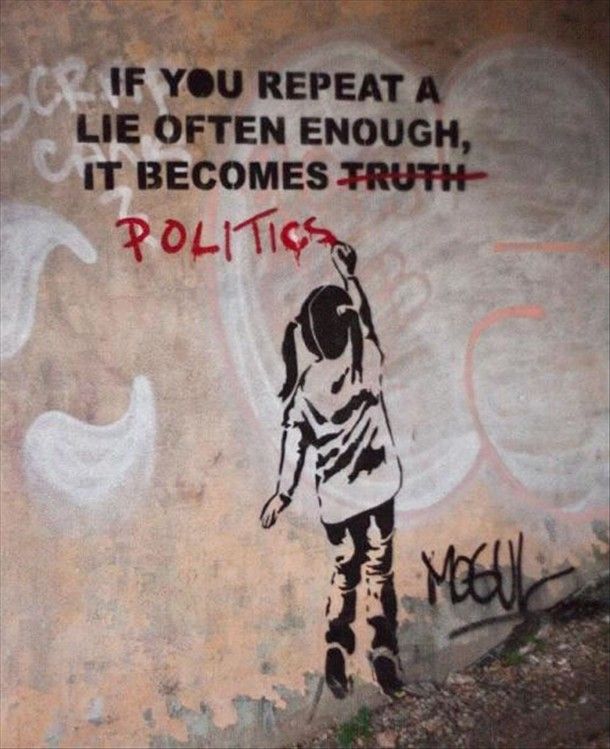 Finally, it is also good to keep in mind that confirmation bias and falling for what you want to believe instead of what is true is not exclusive to religious people. The recent, politically motivated relativisation of evidentially credible journalism was not as such a religious cause at all. It has been fuelled by various kinds of opportunistic rationales, and successful in deceiving both religious and secular people in large numbers. For example, I noticed that plenty of my secular friends who have come to intensely dislike – understandably – US foreign policies, have become ready to accept almost any anti-American and anti-NATO ‘news’ and conspiracy theories, including those which lack any credibility whatsoever. While the confirmation bias of a large chunk of Evangelical Christians in the US might have recently been demonstrated in an especially striking way, picking out evidence which seem to agree with our views and ignoring or downplaying those which contradict them is a pretty much universal human tendency.

This is a good time to be reminded of the importance of avoiding confirmation bias, of cultivating the often counterintuitive and painstaking habit of accuracy in our reasoning and communicating. It is no coincidence that the erosion of truthfulness in politics we have been seeing lately goes hand in hand with the rise of intolerance towards members of minority religions (in the West, especially Muslims, but also Sikhs and Jews). What depends on the virtues of accuracy and honesty being upheld are not just the credibility of politics and the necessary minimum trust which politicians need to deserve from the public in order to rule democratically, but also the interreligious and religious-secular understanding and relationships on all levels. We just cannot afford to let either of these erode any further.

Gorazd Andrejč is an Affiliated Lecturer at the Woolf Institute and a Research Associate of Von Hügel Institute, St Edmund's College, University of Cambridge.

He is teaching the Woolf Institute online course Interreligious Understanding Today. The deadline for applications has been extended to 26 March 2018 for the course commencing 2 April 2018. For further details and application form, click here.