Reflections on Studying at Cambridge (2)

2014-15 MPhil student Elisheva Malkiel discusses the research for her dissertation for the University of Cambridge MPhil in Middle Eastern Studies (Specialisation: Muslim-Jewish Relations). 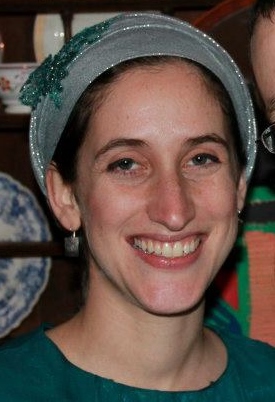 In the fall of 1997 Rabbi Menachem Froman, the Rabbi of Tekoa, a settlement in the West Bank, helped negotiate an end to the Hamas spiritual leader, Sheikh Yassin's, life sentence inflicted by the Israeli court. Yassin was released and Froman went to meet with him in Gaza. "I was screaming [at] him that he was going to get into the world to come - hell! Punishment from God for so much blood that he is guilty [of spilling]. God won’t forgive you for this" said Froman to Yassin. "I am not a terrorist el-khacham Froman (Rabbi Froman)" answered Yassin, "I am only defending myself… You and me…could make peace in khamsa dakika - in five minutes, because both of us are religious" (Stein, 2014*).

Rabbi Froman was an unusual sight in the religious-settler community, and in Israeli society in general. He was a passionate teacher of Kabbalah, an ardent settler and a dedicated peace activist. From Froman's point of view the Palestinian-Israeli conflict was a religious conflict and therefore needed to be addressed by the religious leaders. The relationship between Israeli settlers and Palestinians has the potential to bear rare fruit which can be found only in the connection between believers, he thought. Froman passionately apposed separation and encouraged peaceful coexistence between settlers and Palestinians.

In my dissertation, I set out to explore Froman's impact on the young generation of settlers today. I was very fortunate to have the opportunity to interview 19 individuals who have been influenced by Froman. All except one are Jewish settlers, one is a Muslim Palestinian. I found it fascinating to conduct the interviews. The interviewees, each to the degree they were comfortable with, enabled me a glimpse of their internal world and the changes they have experienced. I was intrigued by hearing themes that repeated themselves and I relished the delicate differences between the individuals' experiences.

While working I found myself experiencing an emotional and intellectual see-saw. When I read the literature written on the settlements and settlers I felt a recoiling from the settlement establishment and process. I was disturbed, as are many, by so many aspects of it, and wanted to distant myself from it as much as possible. However, when I conducted the interviews, listened to the recordings, read and re-read them, I had an intense sense of attraction and drawing towards these people and their communities. If a person should want to live among anyone, I found myself feeling, surely it would be among these unique people.

And why is that? The settlers I interviewed appeared to be deep, sensitive, complex people. They were introspective, thinking individuals who were deeply concerned and involved, morally and religiously. They were honest and authentic and comprised a group of interesting people with varied political views. The interviewees demonstrated a complex, heterogeneous picture of the religious-settler community. They do not all hold the same definitions or views and often combine within themselves seemingly contradicting views. They do not see the conflict or their adversary in shades of black and white and are open to various peaceful resolutions. It became clear throughout my research that Froman's impact is reflected in the shifting of the settlers' perspectives regarding themselves as settlers, the Palestinians, and the conflict. Froman had a large part in encouraging this open-mindedness among settlers and in introducing an original non-dichotomous view of the conflict.

I found that all of my respondents were attracted to Rabbi Froman due to his religiously inspiring character. Among these the majority of respondents experienced a change in their political views too, including those individuals who had not wanted to be influenced in this field to begin with. The fact that Froman's political thesis was based on religious theology gained it acceptance by this society. Rabbi Froman's religious stringency and passion is what led people to rely on him and open up to his unconventional political ideas. In addition his religiosity displayed that he was one of them. Froman's followers also trusted him as one of them due to his adamant stand on the settlements and the land of Israel. As such he strengthened people's identity as settlers and as peace seekers simultaneously and led them to acquire the ability to contain contradictions and not feel the need to oppose a change or give up one value for another. The extent to which the role of religious leaders can play a significant part in the overcoming of socio-psychological barriers for peace in the settler's community has been overlooked by researchers. It is important to recognise that religious figures have a central role in the religious-settler community. As such they have a significant impact on people in religious matters as well as in fields that are not automatically linked with religion.

As I worked and learned more about the settlers I understood the vital importance of Froman's work. The existence of peace-pursuing settlers who are prepared for coexistence is essential for the success of a future political agreement between the Palestinians and the Israelis. Rabbi Froman did not necessarily influence who people voted for. He did not create a large movement of settlers who vote for left-wing parties; nor did he convince them to leave the West Bank. The majority do not even take part in pro-peace activities. Nevertheless the majority of my interviewees felt that their political views were significantly influenced by him. The change they experienced is not always expressed in political behaviour, rather in the general worldview they hold. The majority of these settlers, including those who always vote for right wing parties, hold pro-peace views and are concerned with the rights, experience and the narratives of their Palestinians neighbours. Froman has encouraged the formation of adamant young religious settlers who are open-minded, aware of the other side, able to contain contradictions and appreciate complexities and on the whole politically less extreme than they would have been without him.

This development is essential for the success of any future political agreement between the Israelis and the Palestinians. A creation of a group of peace pursuing settlers who are prepared for coexistence is vital for a future resolution since this is the community such an agreement will greatly affect. Without peace-promoting work in the settlements the success of future coexistence may be low. It seems to me that Rabbi Froman and his followers are creating fertile ground and a greater foundation for a future peaceful solution.

As I was completing my dissertation (end of July 2015), a horrific attack on a Palestinian family took place by Jewish terrorists. This attack shook Israelis. It made them feel anger, shame and hatred towards each other. My dissertation is generally optimistic; I found a complex reality of sensitive caring people living in the settlements who aspire for peace. However, when the terror attack occurred buds of heresy sprouted in me; maybe all this optimism is only comforting yet baseless, maybe focusing on the positive activity is just a pain-killer for our bruised souls.

I do not have a final answer to these reflections. Only time will tell. It is possible that this is the case. But it is possible it is not. I try to tell myself: why chose the path of despair and media incitement when there are so many individuals out there, including Settlers and Palestinians, who are reaching out a hand in peace?
As we have been taught: in "khamsa dakika" it can all be solved.

Elisheva Malkiel completed the MPhil in Middle Eastern Studies (Specialisation: Muslim-Jewish Relations). Further details of the degree programme (now titled MPhil in Asian and Middle Eastern Studies (Specialisation: Muslim-Jewish Relations) can be found here. You can also read the first in this series of Reflections by fellow MPhil student Diane Schumann here and the MPhil students' visit to Paris here.