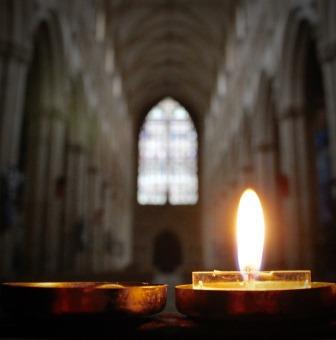 Ash Wednesday has become the most powerful holiday on the Christian calendar for me over the years. The mark of the beginning of Lent, it ushers us in to a season of sacrifice, death and, ironically, life.

One week ago, I ventured back to my college around midday after an Ash Wednesday service at my local church in the city centre. Instead of being one among many that had been 'ashed', as was the case during my undergraduate studies at a Christian university in Texas, I was the only person I encountered who had the mark of the cross so clearly displayed. In fact, multiple friends of mine approached me, concerned that I had been bruised. I responded with a chuckle and had a few seconds to explain the meaning of this ancient tradition – a reminder of death, I would say, unable to convey the meaning of it concisely.

Ash Wednesday reminds us of the immanence of death. Lent teaches us to resist the temptations of temporality, as Jesus did for forty days in the desert. In a world of gratification and countless goods to make me happy and comfortable, I am reminded that rust and moth destroy and that a new life awaits us on the other side of Calvary.

Yet Ash Wednesday should not be associated with death alone. Nor should lent be solely associated with giving up chocolate or alcohol. Ash Wednesday and the season of Lent intends to rattle your inner being, to forcefully remind us of our temporality and unavoidable death. It is a reminder to die to our desires and to ourselves in order that we may live more fully, not simply for the world to come, but for the world that is.

Christians are crossed during three events in one's life. The first, birth; the second, each year on Ash Wednesday; the third, death. Ash Wednesday, therefore, stands on the threshold between life and death. It serves as a reminder of both. This year, Pope Francis encouraged Christians to give up indifference. I have begun to incorporate this practice in my life throughout the first week of lent, addressing my attitudes of indifference towards others and the indifference common in my own religious practice (too often I find myself worshipping with only mind, not alongside my body, heart and soul).

I do not believe that Ash Wednesday is simply about death; nor do I believe Lent is simply about giving something up. Instead, both a reminder to live. In the face of death, we see life more clearly. With the ashes on our forehead, we are reminded to live more fully. This call to live with more love, more sacrifice, more empathy and less indifference is one that hardly speaks to Christians alone. We all – regardless of religion or belief – can shed indifference and participate in a shared life marked by compassion towards the other.

Whether we dedicate these forty days to live our lives to the fullest among our friends, colleagues, or even towards our God, the Lenten season reminds us to breathe life into the world around us, even in the limited moments that we have.

Austin Tiffany was awarded the Woolf Institute Cambridge Scholarship to commence his PhD studies at the University of Cambridge in 2015-16. Austin's PhD research examines contemporary interfaith training of priests and rabbis in the United Kingdom and the United States.