Nostra Aetate at 50: Past, Present and Future 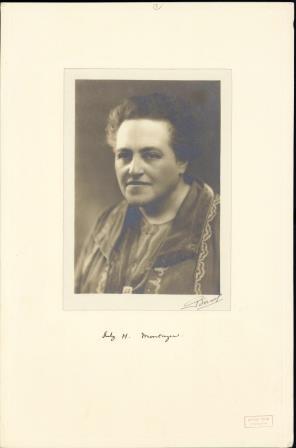 In 1965, Nostra Aetate defined the Catholic Church's relationships with non-Christian faiths. The Declaration was made by Pope Paul VI but it arose from the vision of John XXIII who, as Archbishop Roncalli in Istanbul, had saved thousands of Jewish lives during World War II.

At the beginning of his talk, Ed Kessler made it clear that - as far as the relationship with Judaism was concerned - it was a "transformational document". At a stroke, it ended more than a thousand years of Christian replacement theology and contempt for Judaism and acknowledged the everlasting validity of God's covenant with the Jewish people. It was the most extraordinary and fundamental revision of Christian theology in the life of the Church.

Unlike Ed - by general agreement, "probably the most prolific figure in interfaith academia" (Times HES) - I spend most of my time in the interfaith encounter among Jewish and Christian laity. When I told the Norwich branch of the Council of Christians and Jews (CCJ) that we should celebrate the 50th anniversary of this ground-breaking Papal Declaration, Nostra Aetate, only the priests and rabbis had heard of it. It takes time for theology to reach the pews and translate into how people treat one another and so it has proved with Nostra Aetate but, over the course of half a century, it has had a profound effect.

In the 1970s, I visited the Roman Catholic Cathedral and, when I mentioned that my husband was Jewish, my Catholic companion asked, "What is it like to have married into the people who killed Jesus?" Thanks to Nostra Aetate, I was able to reply that her Church had exonerated the Jewish people from that momentous act", to which her somewhat disbelieving response was that no-one had told her!

In the intervening years, I don't suppose anyone has actually told her, but the effect of Pope Paul VI's Declaration is that clergy have ceased to preach that which the Second Vatican Council repudiated. And it firmly repudiated anti-Judaism and antisemitism, indeed it urged Christians - in the words of St Peter - to, "maintain good fellowship among the nations." In the Jewish-Christian dialogue, good fellowship has become the norm. So far have we progressed in Norwich, that the local Jewish communities and the Council of Christians and Jews were warmly invited to the Roman Catholic Cathedral to celebrate the 50th anniversary of the publication of Nostra Aetate. During the interesting symposium arranged for that occasion, the Jewish spokesperson, Dr Jonathan Gorsky made an arresting statement, "Quite simply, Nostra Aetate has made my life possible." I thought of this as I listened to the Lily Montagu lecture. Before 1965, the life of a Jewish academic specialising in interfaith dialogue would have been a very different experience from that which Ed's has been. Partly because of Nostra Aetate, his work has been able to flourish and he has lately founded the Woolf Institute, the purpose of which is "to serve the public good" by promoting understanding and dialogue in a multi-faith society, arguably the most important issue of our time.

Ed is committed to the concept of plurality in religious belief; his view is that multiple narratives do not cancel out each other but layer up to build a composite picture. He avers that differentiation is not true or false but indicates systems of meaning and modes of believing. He hopes that the Church's acknowledgement of God's faithfulness to the Jewish people as set out in Nostra Aetate will encourage Jewish acceptance of Christianity's irrevocable covenant with God, for he agrees with Joshua ben Hananya that, "The righteous of all nations have a share in the world to come". He was heartened by the publication in 2002 of Dabru Emet - a Jewish Statement on Christians and Christianity which was an acknowledgement by many Jewish scholars of the sincerity of the Church's remorse for early anti-Judaism and antisemitism. It recognised that Jews and Christians worship the same God, seek authority from the same book and share the same moral emphasis. The publication of these two seminal documents has made possible sincere dialogue between the two faith communities where "neither Jew nor Christian should be pressed into affirming the teaching of the other community." [Dabru Emet] This is the dialogue which the Centre of Jewish-Christian Relations was founded to promote and which continues at the Woolf Institute where it has become a three-faiths' conversation.

I was among the earliest of Ed Kessler's students at the Centre for Jewish Christian Relations and have heard him speak in many different fora in the intervening 15 years. The gulf between academic theologians and the laity is one which he spends a good deal of his life endeavouring to breach. His great gift as a speaker is that he addresses his audience on its level of religious knowledge and for the length of time it might be expected to sustain interest in theological subjects. Ed answered many diverse questions, from the personal and anecdotal to the informed, "Did Nostra Aetate go far enough?"

He acknowledged that it did not. It scarcely addressed the Dharmic religions. It did not address the differences in how Jews and Catholics understand and relate to God, it did not explicitly discuss important topics such as the Shoah, the State of Israel, and whether or not Catholics should seek to convert Jews. But it was not intended to be a last word, but rather a first step - always the most difficult - on a remarkable journey. In 1998, the Catholic Church addressed the Shoah in, We Remember: a Reflection on the Shoah, and Popes John Paul II, Benedict XVI, and Francis have all visited Yad Vashem. The Holy See established diplomatic relations with Israel in 1993 and, in 2014, Pope Francis placed a wreath on the tomb of Theodore Herzl, the founding father of Zionism and he prayed at the Western Wall.

In 2011, Pope Benedict affirmed that, "The Church must not concern herself with the conversion of the Jews", and it does not. Rather, understanding between Christian and Jewish theologians has deepened and research is often collaborative, the true I-Thou relationship envisaged by Martin Buber. Pope Francis referred to Nostra Aetate as beginning a "journey of friendship" for which Jews and Catholics should thank God.

It took the Holocaust to bring about Nostra Aetate. It is to be hoped that the fellowship it has created between Jews and Catholics has put them in a strong position to confront the religiously-motivated hatreds which have again become a major force in the world.

This article is written by Bee Korn MA who is the Chair of the Norfolk and Norwich Branch of the Council of Christians and Jews.