My Practical Approach to Interfaith Dialogue

Natalia Finfando reflects on religious education in schools and in her charity work. 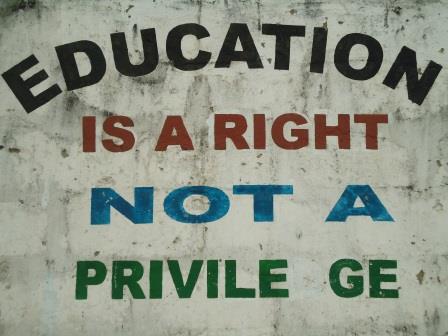 I have just received the Report of the Commission on Religion and Belief in British Public Life convened by the Woolf Institute, the very same institute to which I enrolled as a student ten years ago. Of course, the report is a very interesting read and naturally one of the main education related conclusions is that we should ensure religion is included in the National Curriculum and taught at schools on a regular basis. While I have no doubts that is the case, as a senior primary school teacher I have to say that we are bombarded with what should be covered by the National Curriculum on a regular basis: playing chess, swimming, philosophy, thinking skills – these are just a few ideas mentioned by the media and the government last year. Us teachers call such suggestions 'the flavour of the month' and keep teaching, trying to survive ongoing changes, inspections, administrative tasks and prolonged working hours. In fact, in my 10-year career I have taught in 3 mainstream schools and I have never met a teacher who was keen to teach religion. Most of them know enough to teach about one (their own) religion or think it is absolutely unnecessary. I beg to differ – of course it is crucial - but equally I am far away from accusing my fellow teachers.

I absolutely understand why they do not want to teach it. On top of the time limitations they have to face, they simply do not know HOW. Plus they do not often realise how important it is. They have never had a chance and time (again!) to properly reflect on the subject. I am there, alone in my battle, rewriting schools' medium-term plans, sharing my resources, introducing RE-related debates or making sure that Christmas shows do not make all children sing 'Jesus is the only saviour' (yes, it is still sadly a norm). I can honestly say that through my career I have taught over 300 students who now know that Jesus was Jewish, are not afraid to discuss religious conflicts and can quote various Holy Books. Hopefully, they can develop this special type of sensitivity and awareness that is as important as Maths and English in 21st-century London. Therefore, while I do think that RE should be included in the National Curriculum, I agree with the report and my main argument would be to educate teachers first. Currently, they only spend half a day during their teacher training talking about religious education. Words fail me to describe how I feel about this shocking and deeply saddening approach. I am grateful that I had a chance to study comparative religions and develop knowledge and awareness that allows me to make, I hope, a difference. Even if it is a small one, it is a start. My hope is that more RE-related programmes for teachers will follow and more teachers will be given time to prepare meaningful and interesting lessons and, indeed, turn the students into thinking citizens of the world.

Yet education is not the only field of my RE-related work. For numerous years, I have been involved in charity work in West Africa as a teacher, volunteer and, finally, a trustee of a charity called 'Karmic Angels'. Established by two devoted Christians, this charity embraced me, a non-believer of mixed background, with open arms. We built a few schools, equipped many hospitals, took care of numerous orphans and organised ongoing fundraising activities. But it is not just the founders Alan and Stephanie who welcomed me with open arms. We were equally warmly welcomed by our Muslim friends and families in the Gambia, who opened their hearts and homes to us. While building the schools, we celebrated Christmas, Tobaski (Eid Al Adha) and Passover together, sharing love and joy during such special days. It has been a genuine interfaith project and I am truly proud of what we have achieved on both material as well as spiritual levels.

Of course, sometimes I regret that I did not follow the academic approach and career. I do have two master degrees but I never managed to follow them up with a PhD degree. But then again, even though I do not read and write about religions as much as I used to, I actually function in the real multi-faith society. Not only do I function here - I belong here and I also try to make it better. As much as I can.

This article is written by Natalia Finfando who was a student at the Woolf Institute (then the Centre for the Study of Jewish-Christian Relations) during the academic year 2005-2006. Natalia currently lives in London and is a teacher at a local junior school. She is formerly the trustee and committee member of an international charity called Karmic Angels.