Woolf Alumna Aga Cahn reflects on her experience of the Referendum and its aftermath.

On 23 June 2016, when the British government held the "EU Referendum", I was in Poland. I had come to my home town, Myślenice, to lecture in the local museum about Adam Doboszyński – a pre-war fascist who organised an antisemitic attack on the local Jewish population – and about whom I wrote my MSt dissertation at the Woolf Institute some years ago. I would have never gone to Poland on that day if I had a right to vote in the referendum, it was just too important.

But we did not have voting rights: EU citizens could only shed tears in silence and bite our lips in desperation. A German Cambridge professor, a French businessman, a Polish priest, regardless of their  place of residence, bank account status and professional plans were all united in having no rights to decide about their and their children's future even though theoretically Britain – at that point still an EU member – was obliged to provide them with equal treatment. I used the word theoretically on purpose because Brexit did not happen on that single summer's day; mentally half of the population had begun to leave the "Union" much earlier... 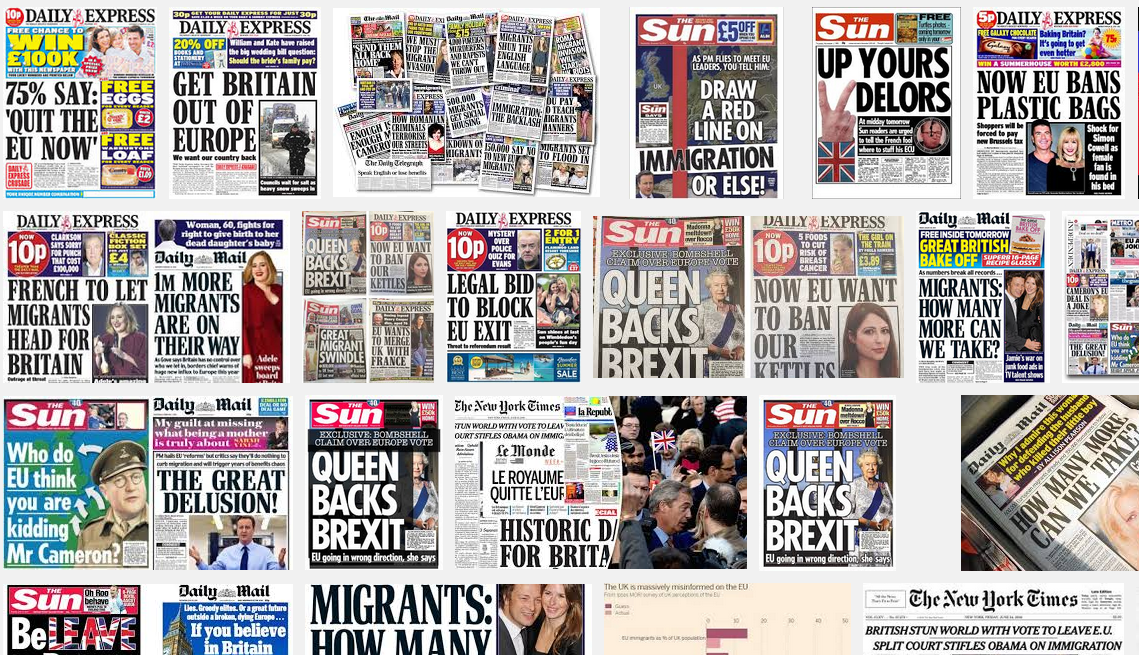 Anti-EU headlines in the run-up to the Referendum

The voices that paved the way to Brexit were heard on the air a long time before Brexit popped out as a political agenda. The tabloid press had maintained a drip, drip, drip of threatening headlines: "Immigrants abuse benefits", "immigrants lengthen queues at the doctors'", "immigrants work for subsistence rates", "immigrants occupy all the social housing", "immigrants - thieves, crooks, rapists, murderers - fill up British prisons" cried the gutter press. Poles, to my personal distress, were pictured as the worst of the lot. Social media amplified the worst of the journalistic scare stories: “They are just everywhere! Some cities have turned into 'Little Poland'", "Poles do not know how to integrate, crowding in their separate Polish church services, as if they could not pray in English, eating their own Polish food from their Polish stores because they do not appreciate English cooking, shouting to each other in parks in their screeching, incomprehensible language, working for the lowest rates, usually on the black market, taking over most of the state-subsidised housing, cheating the tax system, obsessively travelling for medical treatment to Poland for which the British health service then must pay cosmic sums to the Polish government; in other words, taking the 'living space' of the British people". As a historian, it was hard not to see disturbing parallels. It felt to me that long before 23 June 2016 "the Pole" had become to nationalist Brits something similar to what "the Jew" meant in the nineteen thirties to Poles. Over time, "the Pole" had become a dangerous, clever competitor in every sphere of life. He could be anywhere, standing in the queue for the dentist but also being the dentist who treated them, living for free in social housing, but also allocating this social housing, cleaning an office or acting as its director, studying in Cambridge or being the Vice-Chancellor of the University. He could be a policeman and a thief at the same time.

Meanwhile, in Poland, fears surrounding the refugee crisis have resulted in Poland's own wave of xenophobia: as the current Polish government came to power using anti-immigrant propaganda, far-right demonstrations swept the country. In Bialystok, one of the young leaders of the ONR (National Radical Camp) talked about the purity of the Polish breed and an existential threat to it posed by a potential contamination by other races. He was heard by an audience of hundreds, including women with babies in prams. They all listened with considerable interest. A number of policemen surrounded the area but none of them reacted; they also listened. The message was one of aggressive 'fearfulness', a message with which Adam Doboszyński would have been familiar. In Poland and the UK, people and parties seem to further their political causes and careers by exploiting the human weakness for scapegoating and discrimination. The world had become a smaller and more divided place. 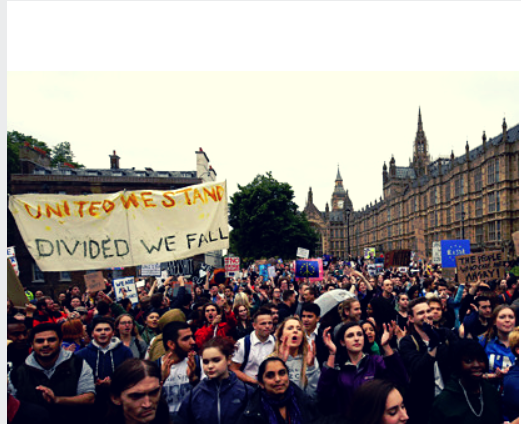 But what now? I hold my breath and cross my fingers waiting for the British people to pressure the government and decide not to go forward with Brexit. For me, as a historian, it is very difficult not to see the similarities between the situation today and the one between the wars. There are just too many of them. My grandfather, who will soon turn 97, calls me and confirms my worries. "This time it is about a different kind of immigrants" – he says – "but the language and the political agenda are the same".

At the first meeting of my local village council after the referendum, the council voted in support of EU citizens right to remain members (even though apart from me there is only one other EU councillor). The vote made me smile because once Britain is out of the EU it will most probably have no legal value. Still, when I was walking home after the meeting the world around seemed to be a little less frightening.