It is rare that one has a decent opportunity to step back from one's work and really reflect properly on what one does as a teacher. As each new term approaches I have too often been mindful of the Book of Common Prayer Confession; We have left undone those things which we ought to have done; And we have done those things which we ought not to have done; And there is no health in us.

I have taught Religious Education and Religious Studies in English Secondary Education since 1998, so decided to allow myself the opportunity of a long overdue sabbatical year. This has included two online courses with the Woolf Institute, the second of which (Jews, Muslims and Christians in Europe: Modern Challenges), I wish I had had access to throughout my practice as an RE teacher. 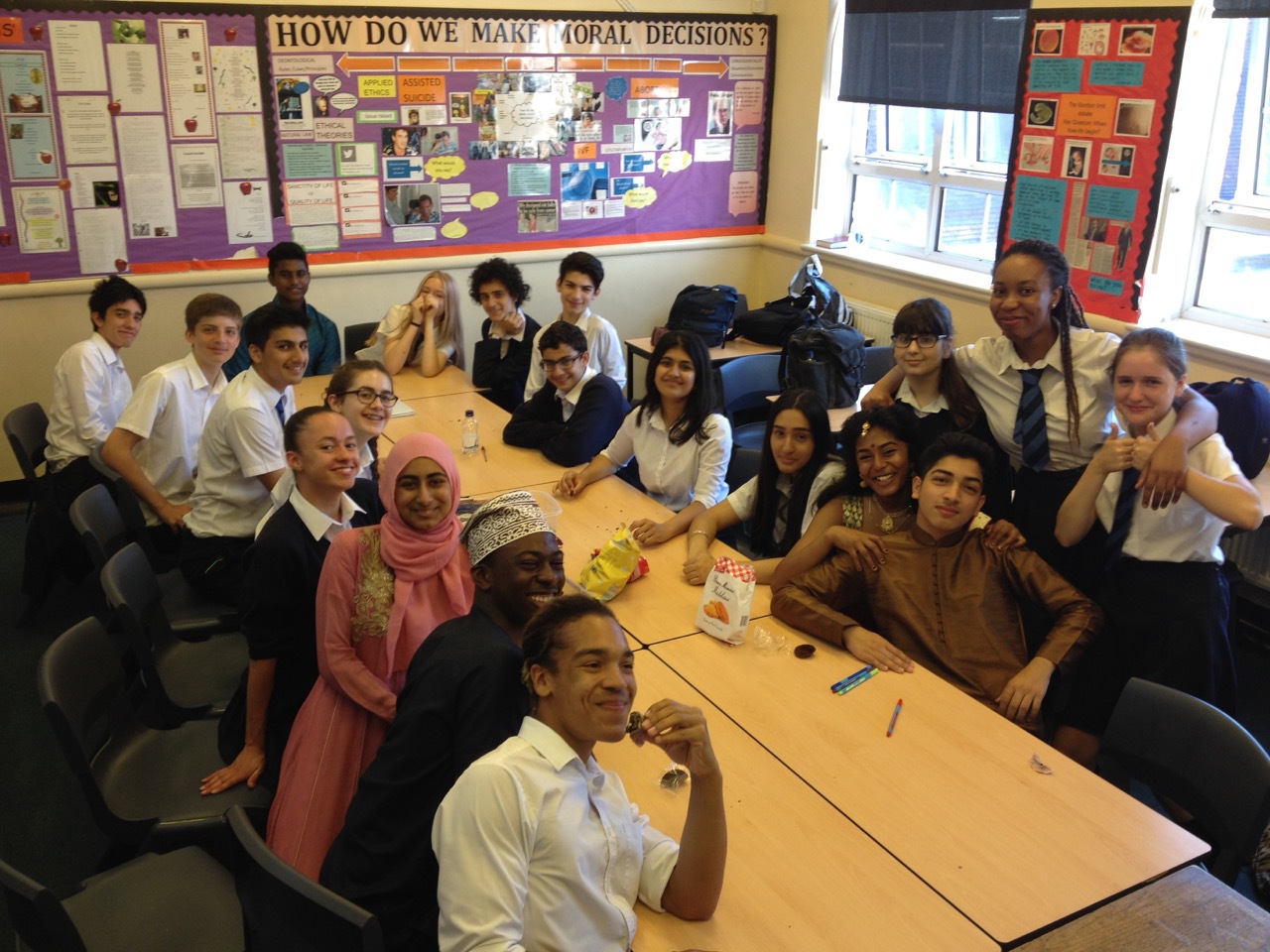 The JCME course has reminded me about what is so exciting about religious faith; the journeys that religions have taken, the controversy that surrounds difference in belief, and how significant faith and belonging have been in shaping our peoples and countries over centuries, including in the modern era.

Though I had intended this year to be a break from school work, within a few weeks of starting the course, I found myself jotting down activities and topics that could work very well in the classroom. Jumping out from the JMCE course are really accessible discussion stimuli on inter-religious and cultural issues. From the Cross Controversy at Auschwitz in 1998, to Santiago Matamoros and the moves to re-examine St James portrayal as the Moorslayer within Spain, to the role of Södertälje's Assyrian Chaldean and Syriac Christian community in Sweden, there is so much that would allow rich dialogue, and that can help challenge the simplistic responses and solutions that dominate public thought. I have particularly enjoyed learning about current challenges to religious freedoms and demands for assimilation in Denmark through the lens of its strong Lutheran Pietist background and sense of folkelighed, and in modern France with its policy (if not practice) of laïcité. Issues such as these would augment any classroom debate, raising important questions of religious and cultural identity and openness in any society, to students who themselves are wrestling with their own identities, beliefs and tolerances.

At Secondary Level (11-18), I have found students tire quickly from learning basic knowledge about religions, however ingenious the task or the resources, and yet I have felt especially with exam teaching that there seems to be little opportunity to build up and understanding of intra-religious debate, such as whether baptism should be restricted, and even less so inter-religious debate and discussion, including examining how religions are working together. For a smart high school student in London, this is where the study of religions becomes more interesting and polychromatic, and learning becomes more honest.

Even in a relatively short time, I have witnessed a significant evolution of RE as a subject in England, as well as in the manner of study in the classroom. Many of these changes have reflected the changing nature of students' access to all subjects including the much greater availability of new knowledge at one’s fingertips, as well as some really positive experiences of RE in Primary Schools. In the past few years, we have rarely used or drawn upon a textbook, except for more narrow exam preparation and revision, and resources and tasks have needed to be ever more imaginative. 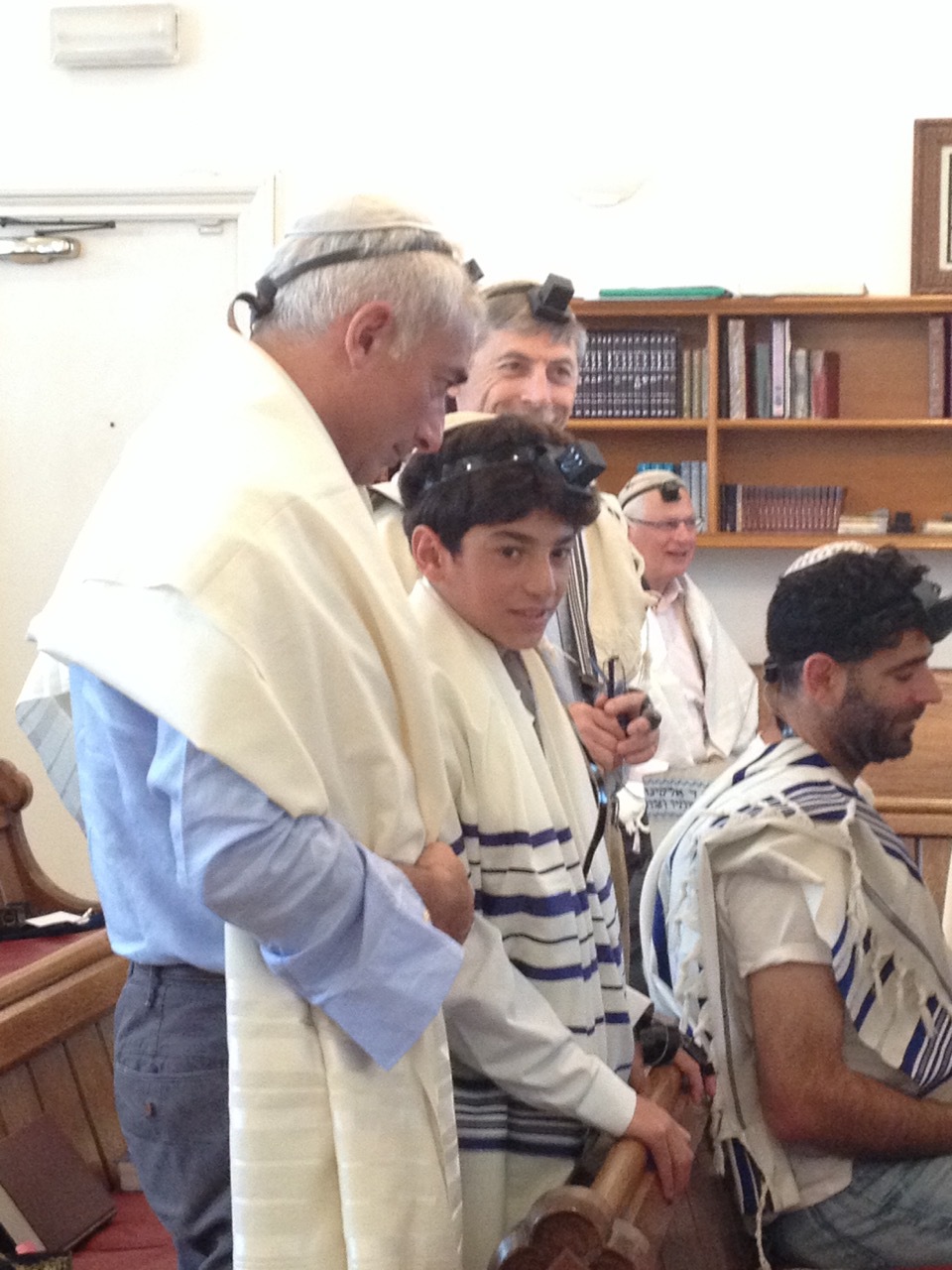 At the turn of the millennium, RE teachers were largely expected to be experts on the religions that were being introduced taught; guardians of special knowledge about the rites and practices peculiar to each religion, dutifully delivered in the classroom. That this didn't always mirror the students' own experience at home was often irrelevant; it was in the syllabus or a set resource. Nevertheless students and their parents were by and large very polite about it and respectful towards the subject, rarely wondering why Orthodox Christianity hardly got a mention, or why their Passover Seder was different to that studied, or why Murugan was not named in the textbook's list of important Hindu deities.

A major change has also been a move to engaging more in philosophical questions, and at a much earlier age than might be considered previously. There is an obvious attraction for teachers and students to explore these questions in some detail, not just because nearly all students love open-ended thought and a chance to immerse themselves in the dilemmas of ethics, epistemology or metaphysics. But this study can often avoid religious perspectives on these questions entirely and ignores the answers that so many have come to believe in, and that have informed our society, whether true or erroneous.

A few months on, and one and a half Woolf Institute short courses completed, I have been asking myself a number of questions that I last examined honestly during my Postgraduate Certificate in Education, including: What is the point of Religious Education for all in our Secondary schools? 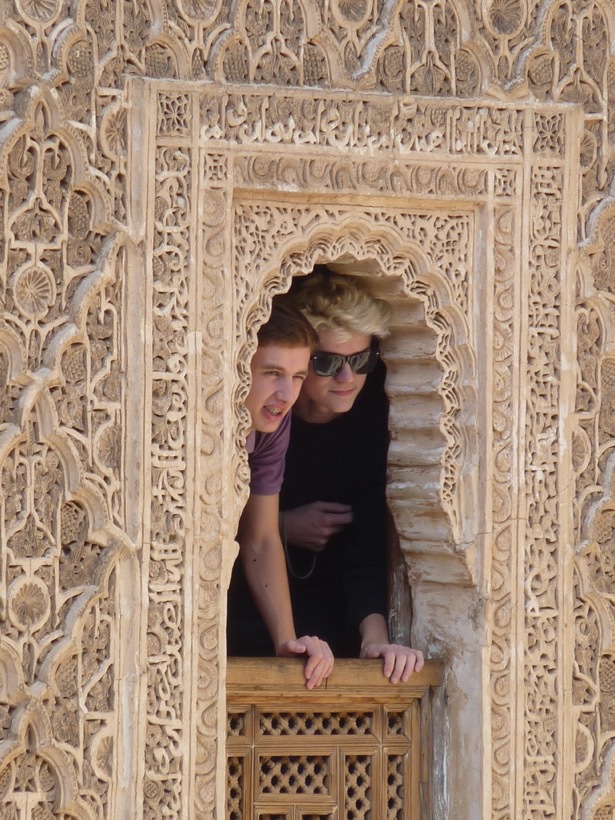 Few would doubt that it benefits our society for its citizens to be vaguely literate about religious practices around them or at least open to difference, but is this the primary purpose of RE? And does this need to be about all the religions in our society or is the principle of difference more important? Even if the purpose of RE is to build a more harmonious society, does that happen simply through learning about others, or by examining oneself and ones own values too?

For me the subject is more than sociological or historical study or about understanding one's neighbour, however interesting these may be. It is at its richest when it causes students to think what they themselves think and believe, and why, and begin to see what values might be essential for their own lives. This study is enriched tremendously by studying a range of sources and influences from centuries of faith and belief, and includes studying common themes within different religions. This goes for students who hold a religious faith as much as it does for those who don’t.

If I have one major regret in my work as an RE teacher, I wish I had fought for more visits to places of worship for my students and for chances to meet with religious leaders, and opportunities to witness religious worship. When this did happen, it clearly raised the profile and importance of the subject in the students' eyes, and brought in the 'wow factor'. Some of the most valuable projects my students completed were when they made their own (non-compulsory) visits to places of worship with friends and met with people there on their terms. I can only remember one bad experience in 18 years. After all what place of worship wouldn’t welcome a small group of teenagers with a healthy sense of enquiry about their religion?

The bare bones of what religions believe are important, yet so is looking at how religions are working alongside one another in England, and more and more with each other. To my knowledge there are not many RE courses around that explore and reflect this, and even fewer ones for public examination. 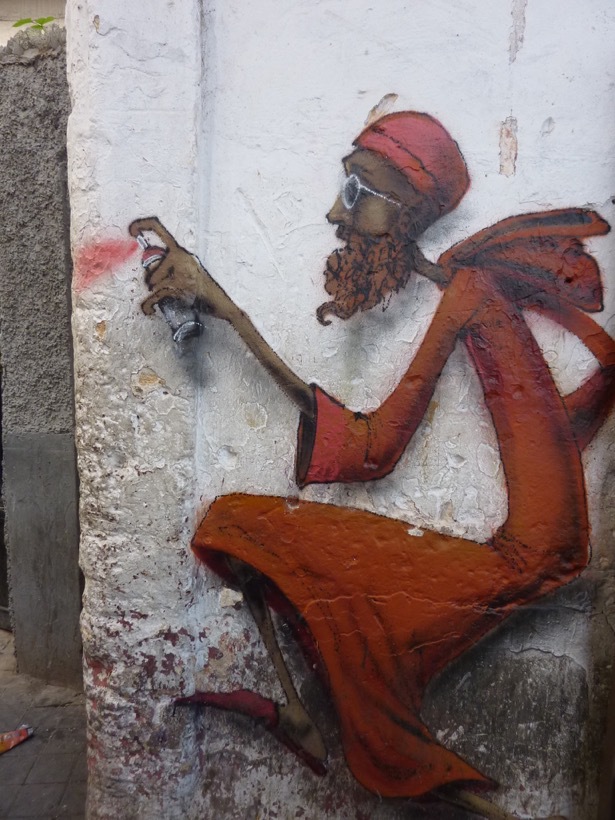 The hardest religion to explore has become Islam. Even in a multi-religious London school, some students were palpably resistant to studying elements of Islam. As a teacher I felt a heightened duty to ensure that students understood what the religion was about and yet was very aware of how it might already be perceived. We differed in approaches even within our department. To hide behind Sufi thought or geometric design was entertaining, but ill-equipped students for understanding Islam in Britain today. To start the unit with a study of Islamophobia might play to and augment the negative perspectives on the religion. Yet not to include such a study at all would miss a great opportunity to examine what is possibly the greatest challenge to religious faith of our time. For information, we found that the Runnymede Trust's excellent report from 1997, Islamophobia: A Challenge for Us All, is even more relevant and useful now, as it was then.

Religious Education as an examinable subject (RS) has recently changed again, and I hope the new A Level changes will prove popular with students. There seems to have been a concerted effort to introduce more theology and a deeper scriptural study, and less opportunity to avoid much of it under the guises of studying the admittedly very popular Ethics and Philosophy of Religion units. I think this will work if the Religious Studies GCSE is made more exciting, and engages in more debate within and between religions that is theological as well as scriptural. Currently however, GCSE courses offered can appear dry and uninspiring, and required study and use of text borders on the trite. 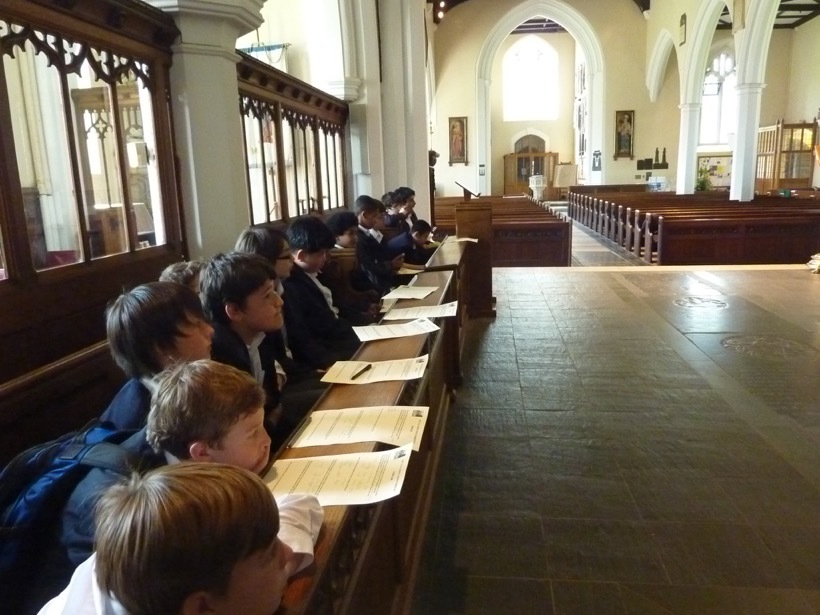 A greater threat looms to the study of faith and religions in schools and that is of the continued failure to include Religious Studies as a contributor to the English Baccalaureate (EBacc), on par with History or Geography, and therefore a major contributor to the new Progress 8 score by which schools and their students are to be judged. If the subject is so important to our society, this is a significant omission. Schools wishing to save funds have started to cut the variety of non-EBacc subjects they offer at GCSE level, and therefore Advanced Level, and it is inevitable that good quality Religious Education in schools will be affected.

In addition, RE still requires a significant amount of subject awareness and knowledge from the teacher in the classroom, and confidence in creating and delivering interesting and engaging resources. It requires theologians as well as philosophy graduates. I worry also that fewer and fewer Secondary RE teachers will have got the chance to think about what they are trying to achieve through the subject too, with many now choosing a direct route into the classroom with eschews the pedagogical studies and essential self-reflection that a PGCE offers.

As for me, if I decide to return to teaching next year, I plan to be more innovative, imaginative and risk-taking in my practice, and more relevant too. My choice of Woolf Institute courses has certainly helped that process. And if I decide to study more, or develop some of my more recent studies through more practical experience within interfaith dialogue, I feel I have opened up a much wider range of possibilities and directions than I could have expected to.

Clem has taught RE in two selective state schools in North London since 1998, and has also held several pastoral as well as sporting roles. Clem has also been researching the role and legacy of a 4th Century advisor bishop to Constantine the Great, as well as his own family's history in Iraq. He has finally joined the British Library after many years of meaning to; and loves it.