Minority Religious Identity, the Military, and the European Citizen

As a further background post to his extended fieldwork, Dr Sami Everett considers some of what is at stake in the conversation around social values between religious communities and civil society in Paris and the different positions of some of its actors.

Paris. Ile-de-France (Greater Paris). Still divided. Centre and periphery; Jews and Muslims; us and them: watchwords for a state of societal distrust. While it will soon be ten months since the Charlie Hebdo' attacks and the Kosher supermarket killings, It has been 10 years since the early adolescents Zyed and Bouna were chased by armed policemen into a power station, dying there; electrocuted. 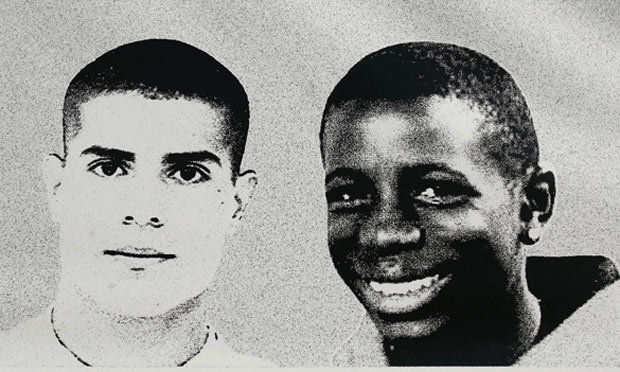 The resulting months of confrontation in Paris' much-maligned northern banlieues was the last time there was a continuous military presence in the streets of île-de-France. Then, such a presence was to put a curfew (the first since 1961 Algiers) on those predominantly postcolonial Black and Arab children of low-income families, often derogatorily referred to as "Muslims". Now, darkly reminiscent of the early 1940s collaborationist Paris, that presence has purportedly been deployed to safeguard the temples and institutions of the mostly Sephardi, and therefore also postcolonial, observant Jewish community of Paris. 2005, after the unrest, was also the last time serious political efforts were made to enfranchise those descendants of France's former colonies; to attempt the re-creation of a bond of Trust. Born out of initiatives such the socially-oriented Bondy Blog - Bondy and Clichy were two of the most impacted areas on the periphery of Paris - came a strong civil society impulse or mouvement associatif (known as asso' in vulgar French)*.

Through my meetings and discussions across île-de-France with journalists, writers, asso' representatives, activists, local level politicians, and clergy, it has become clear that the contribution of Islam to French Civil Society is an important societal matter. Often articulated by a new generation of self-identifying Muslim activists with a very real engagement to questions of economy, hospitality to people from elsewhere, social cohesion, and interfaith relations, a re-working of certain French Republican precepts is at play in the Parisian social laboratory. The very nature of French laïcité therefore, which can be interpreted in a multiplicity of ways, I was informed by a practicing Priest, interfaith actor, and academic in Paris' Institut Catholique de Paris Emmanuel Pisani, is at stake. Indeed, Nilüfar Göle, who recently produced a multi-sited and richly textured book on European Muslims (2015), believes that that Muslim Civil Society [sic] is renegotiating the boundaries of European Citizenship. 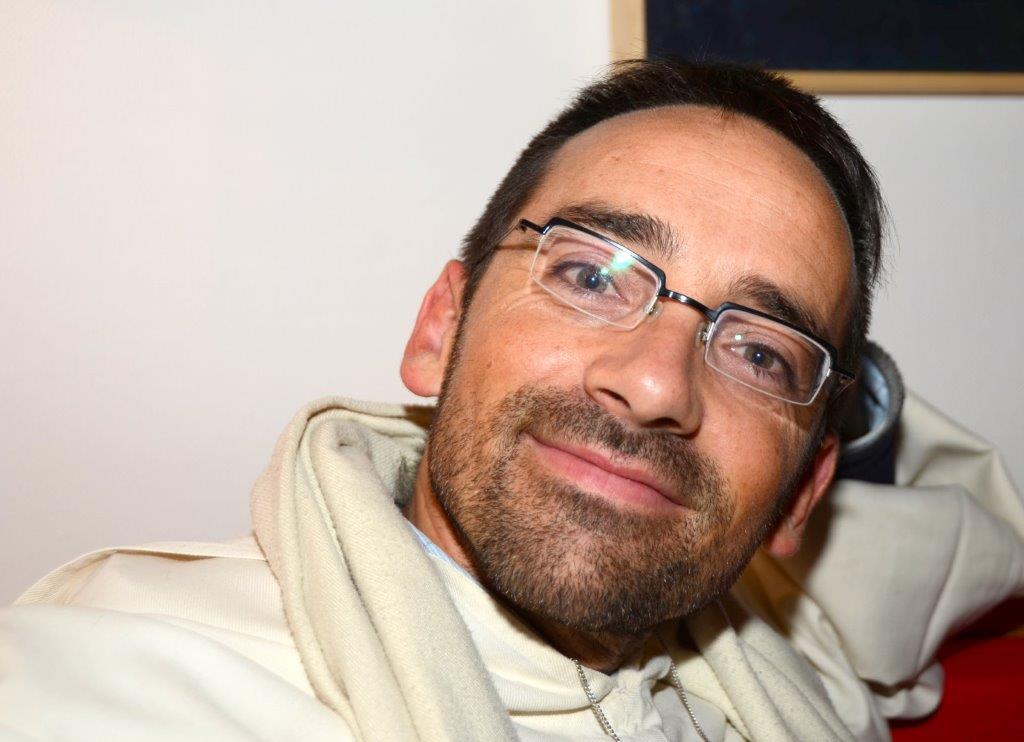 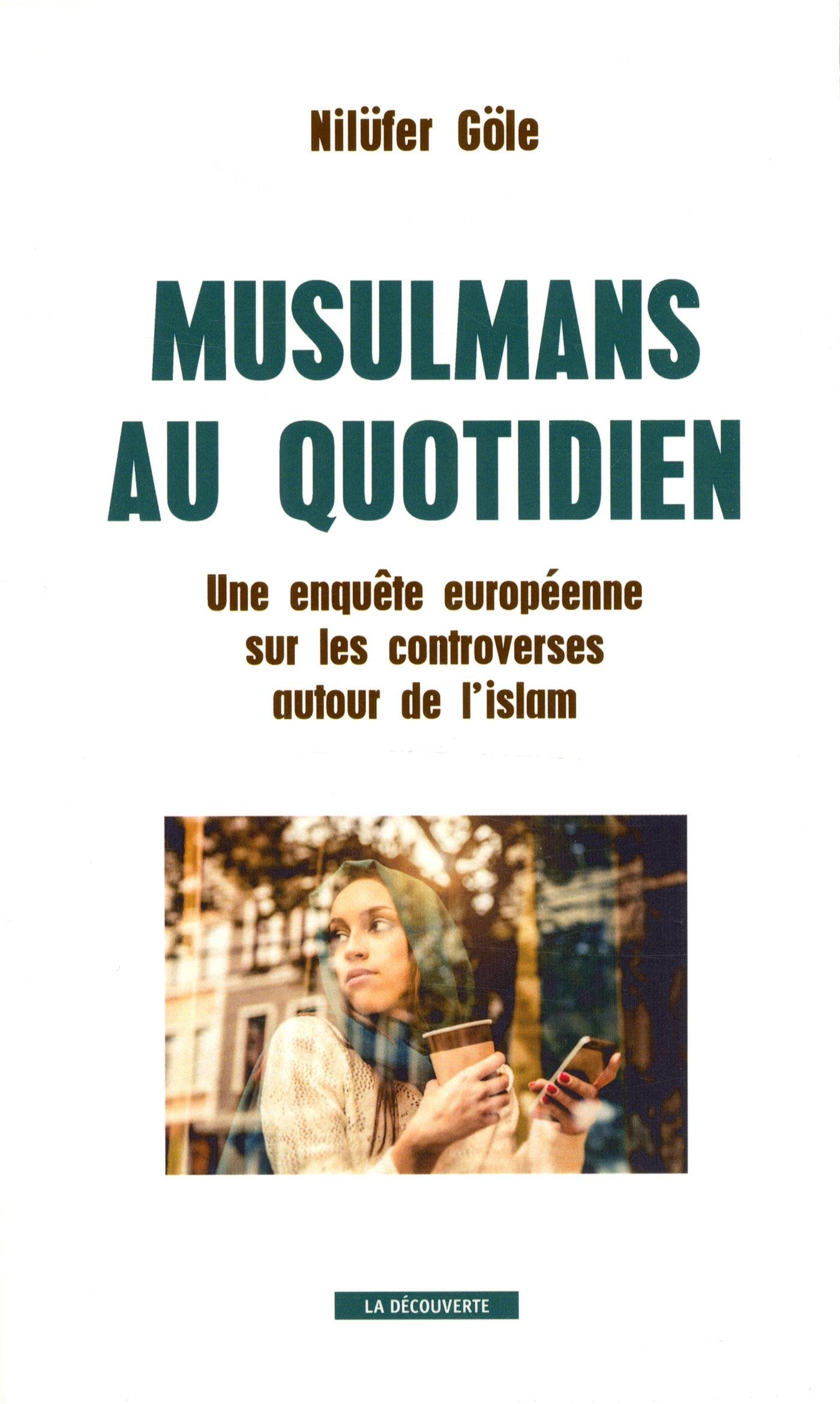 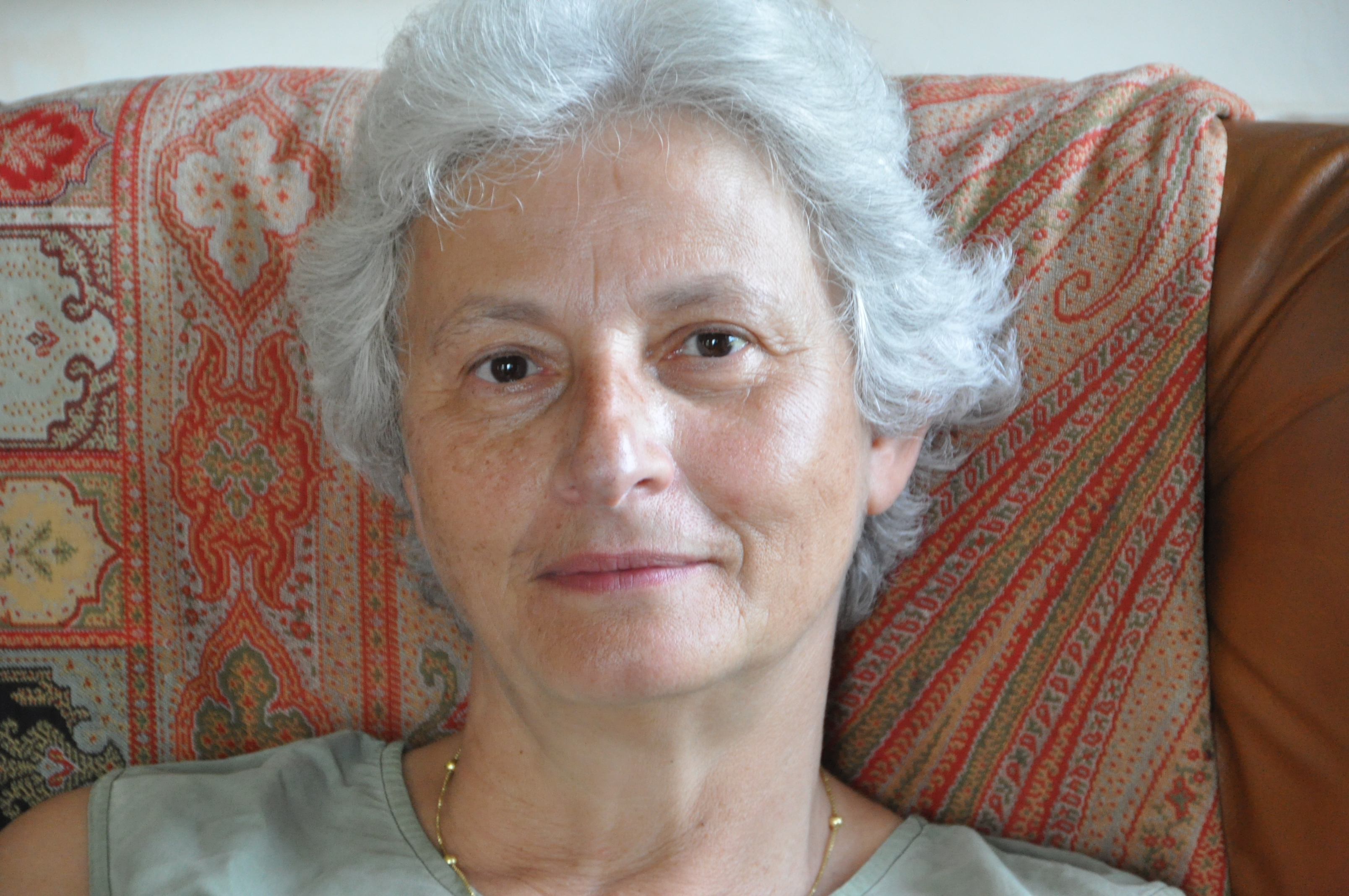 Diana Pinto, a world specialist on European Jewish communities concurs. Moreover, Pinto believes that Europe has a particular position at the heart of today's geopolitical turmoil. The understanding and fixing of limits to the social pact by secular society and faith communities is contingent upon minority-majority togetherness (le vivre ensemble) so crucial in Europe in particular, because of its imperial legacy. Thus while army protection and intervention demonstrate the ambivalent priorities of the state, Paris, like Berlin and London (all historical sites of refugee reception), is a crucible for minority religions coexisting and trusting intelligently as an example of solidarity and good faith to the on-going proxy wars being fought on Middle Eastern soil. 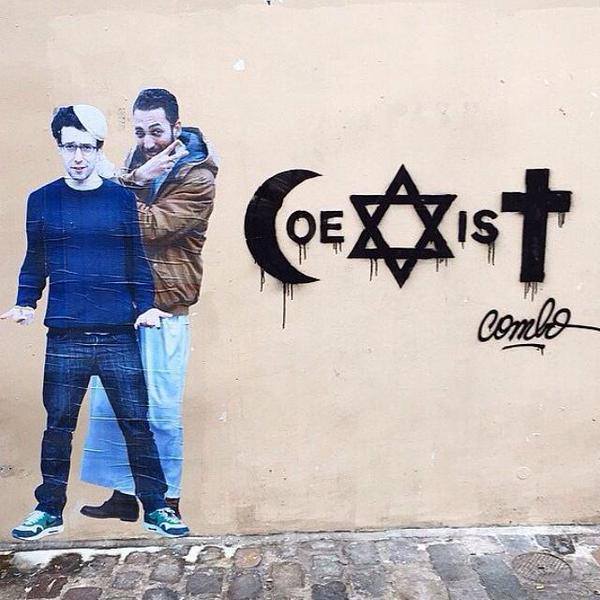 Those people who see themselves as being part of a 'Muslim community' have entered into a phase of rapid development and significant opening-up to non-Muslims – a visit to April's annual Union des Organisation Islamiques de France (UOIF) meeting, in Bondy, clearly underlined this. It is increasingly being argued (though, it should be noted, there is a strong counter-narrative) that this phenomenon is contemporaneous to the protracted dwindling of a similarly complex (in its social, ethnic and religious make-up) Jewish community: young people are leaving France more than ever before and while many are becoming progressively more observant, the community is less politically coherent, as a whole, than previously. Alongside the apparent increased levels of religiosity and more self-assured religious identities among Jews and Muslims in île-de-France, talented writers, cultural producers, and intellectuals who chose, or not, as is also the case, to draw on the rich tradition of Islamic thought and Jewish Diaspora heritage inscribed into the French Republic's historical DNA, are also making inroads to the collective consciousness. Figures, such as the writer Karim Miské and the Rabbi Delphine Horvilleur, 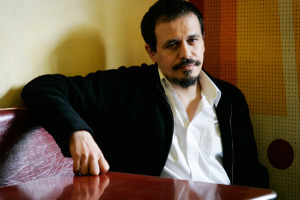 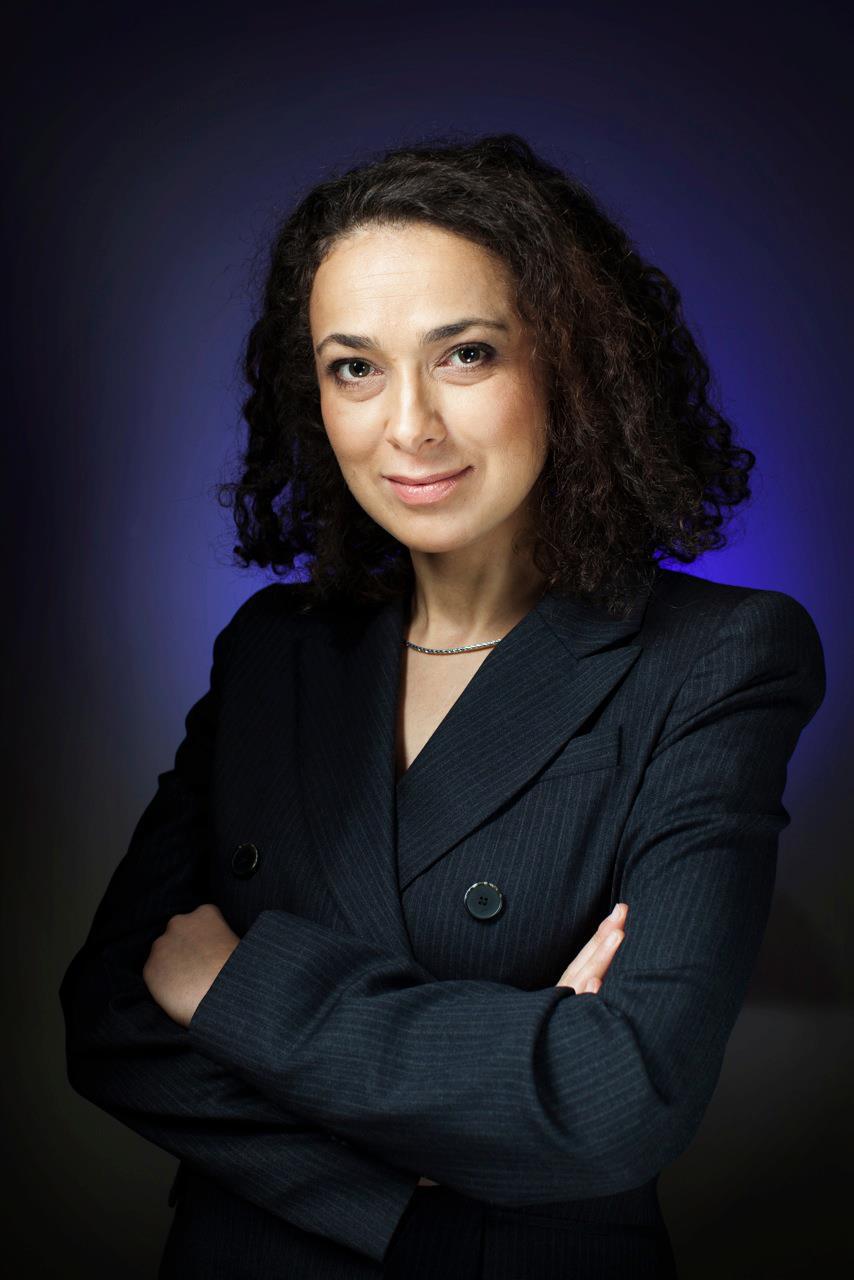 give a voice to a progressive but complex politics of peace by working through the entangled questions of le vivre ensemble and contingent issues around conviviality towards those settling from the outside, while recognising internal community issues. Meanwhile, though this cannot be said to be an answer to the social questions posed by income-group demographic separation, political postcolonial myopia, displaced peoples and macro-level societal mistrust, inter-faith dialogue is in vogue in the French capital. From graffiti art, like Combo Culture Kidnapper's Co-Exist fresco, to youth asso', like Coexister via those with reconciliation in mind like the Amitié Judéo-Musulmane de France, a wide variety of civic initiatives appear at the junctures between these pressing issues at this point in French history. 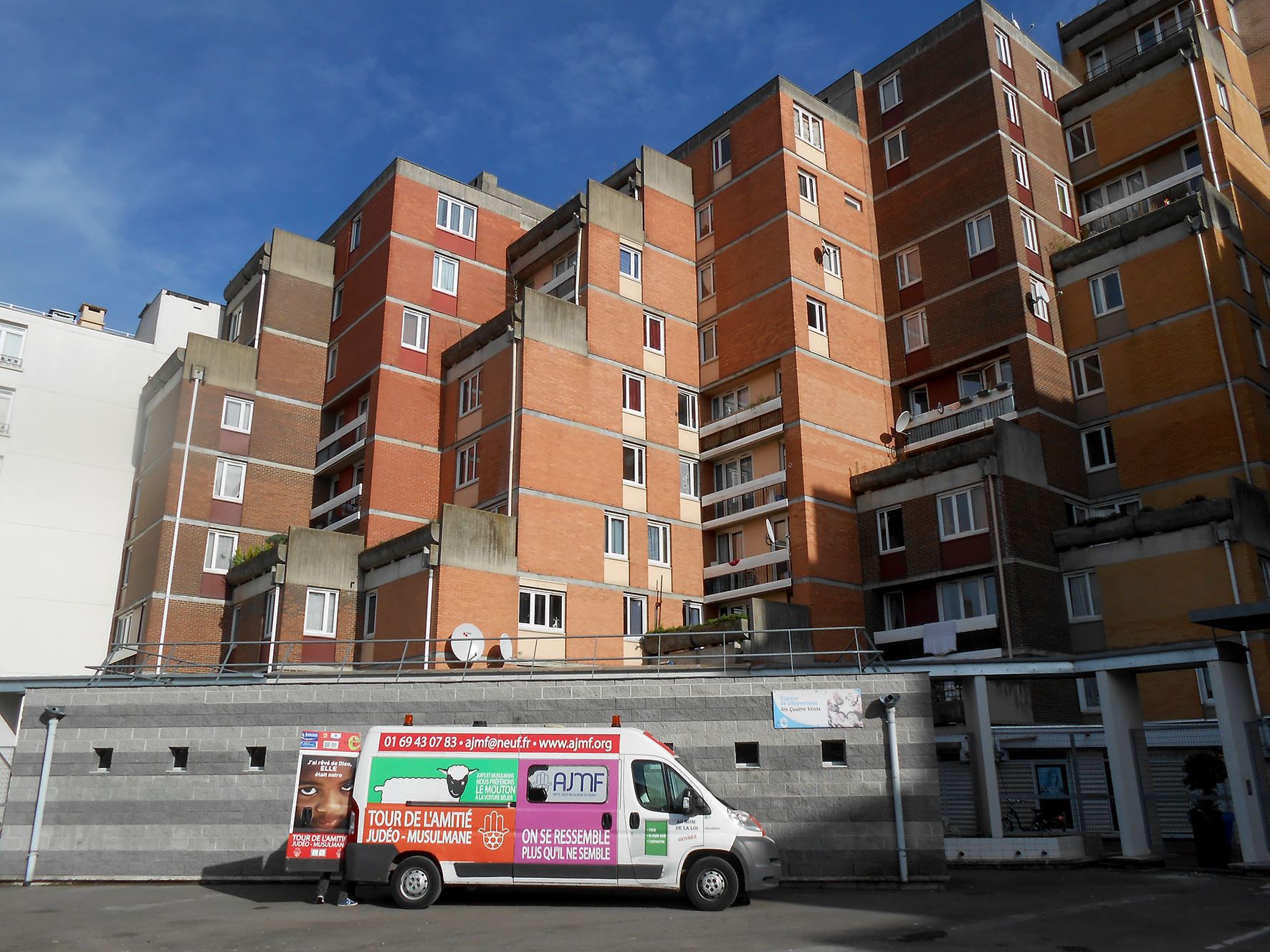 *associations are legal entities, somewhere between not-for-profit organisations and charities

This article is written by Dr Sami Everett who is Junior Research Fellow at the Woolf Institute, working with Dr Shana Cohen and Dr Ed Kessler on a major ethnographic research project examining interfaith cooperation in relation to the concept of Trust across Berlin, Paris, Rome and London. Sami is responsible for the fieldwork in Paris. [Read about the project here]. Further blog articles will appear over the coming months - in October Sami will discuss his "work in progress" on religion, economic exclusion, and alienation.