Minorities and Popular Culture in the Modern Middle East (1)

Minorities and Popular Culture in the Modern Middle East (1): Examining Middle Eastern Societies from the Edge

Woolf Institute Visiting Fellow Dr Hanan Hammad reflects on the workshop, Minorities and Popular Culture in the Modern Middle East, that she organised collaboratively with colleagues at the Woolf Institute and the SOAS Centre for Cultural Literary and Postcolonial Studies. 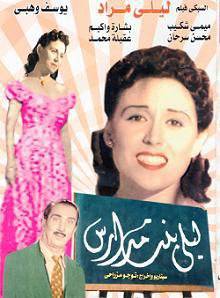 Examining modern Middle Eastern societies through the lenses of minorities and popular culture, a group of international scholars from multiple disciplines presented fifteen research papers in the workshop Minorities and Popular Culture in Modern Middle East. Held in London on June 12-13 and co-organized by the Woolf Institute (Cambridge) and SOAS (University of London), the Workshop focused on mass-mediated popular culture as a site of contradictions and contestations and as a crucial tool in constructing public imagery of both majorities and minorities. Among important questions the workshop examined are: how modern popular cultures have represented minorities in the modern Middle East, how Middle Eastern minorities have contributed to the popular culture industries, and how to understand tension between minorities contributing to the entertainment industry, while minorities have been misrepresented in the media? Answering these questions relied on case studies that covered many religious and ethnic minorities from Morocco to Iran and Turkey, in addition to Middle Eastern Diaspora in the United States and Europe. Some papers approached their topics from historical perspective covering different periods since the nineteenth century.

Agency in employing music, cinema, and TV shows to signify identities, aspirations, and hopes of minorities in rapidly changing societies formed the core question of Ángela Suárez-Collado's research on Rif song in Moroccan music and Berber protest and Yehuda Sharim's paper entitled "Mizrahi Industry: Reconsidering Mediterranean Jewish Memory & Aesthetics in Contemporary Israeli Culture". Ali Sadidi Heris analyzed cases from Iranian cinema between the 1990s and 2000s to answer the question whether the minority filmmaker could be national, while Vivian Ibrahim reversed the question to discuss how mainstream Egyptian cinema has discussed the Coptic question and the sectarian rift in Egypt. Some hope about the Libyan Arab Spring sparkled in Leila Tayeb's examination of the Amazighi performance of the Libyan-Serbian female singer Dania Ben Sassi.

Discussions on agency of minority groups did not overshadow the state's role in making a particular representation of minorities in popular culture. Cafer Sarikaya gave a telling example from the Ottoman Empire when the state represented itself and its minorities in a play entitled the Kurdish Drama performed during the 1893 Chicago World's Fair. The Works and life of the nineteenth century Armenian writer Hagop Baronyan was another Ottoman case discussed by Saro Dadyan. Dadyan's work conceptualizes how changing historical contexts reproduces powerful meaning of the popular cultural content many decades after the writer's death.

Foreign entrepreneurs in the Middle East and Middle Eastern diasporaic communities worked in specific contexts that influenced the production and consumption of old traditions and self-imaging. Omar Sayfo's research on pioneer animation artists in Egypt and Morgan Corriou's research on Jews and Italians in Tunisian film industry revealed some historical episodes of the making modern Arab cinema industry. Religious minorities from the Middle East living in the West have redefined their national and communal identities in a more complex and fluid socio-cultural ambiences. Their utilization of home popular traditions has acquired new meanings, as Niloofar Mina discussed in her survey on Jewish and Armenian Iranian pop musicians in North America. Similarly, Sami Everett discussed art, activism and nostalgia among Maghrebi Jewish Diaspora, and as Kenan Cetinkaya examined the Assyrian pop culture in Turkey. All these three cases destabilized the boundaries between the national and the communal, and between origins and diasporic homes. 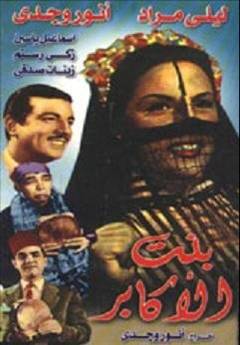 Finally, gender and nationalism are two categories that no analysis of modern society could escape. Minority women in national imaginary constructed through popular literature as in the case of Turkey and through cinema and popular press in the case of Egypt. Sevinc Elaman, Hanan Hammad, and Deborah Starr underscore discourses and legacies of three individuals – Halide Edib, Layla Murad, and Togo Mizrahi respectively – to show how ambiguous and unrepresentational nationalism have gloomed high in late-colonial and post-colonial Middle East. Participants, organizers, and audiences received an exceptional treat at the conclusion of the workshop: screening Karim Miské's film Jews and Muslims: Intimate Strangers followed by Q&A with Miské. Thought provoking and visually beautiful, Jews and Muslims narrates the transformation of harmonious relationship between both religious communities into hostility during the last century.

This post is written by Dr Hanan Hammad, Visiting Fellow at the Woolf Institute. Hanan is Assistant Professor of History of the Middle East at Texas Christian University. Her primary research focuses on the socio-economic and cultural development of the modern Middle East with special emphasis on gender, sexuality and popular culture in modern Egypt. She is currently writing a book on the late Egyptian starlet, Layla Murad (1918-1995).