What do animated cartoons tell us about Egypt's politics?

Egypt was the first Arab country to establish animation production, already as early as the 1930s. Being an extremely open global format, animation has ever since been localised by Egyptian authors, and has been inextricably bound to the political agendas of their respective times, providing a space for negotiation over political identities.

Despite being minorities in their societies and even in cultural industries, Jewish and Christian artists can be regarded as pioneers of early Egyptian animated cartoon production. The eighty-year history of Arab animation starts with the Frenkel brothers, three sons of a Russian Jewish book vendor, who settled down in the multicultural Alexandria of the 1930s.

Inspired by Walt Disney, then highly popular in local cinemas, the brothers established their studio called Frenkel Pictures and created Mish Mish Effendi, a comic character wearing a suit and a tarboush. Mish Mish's hilarious efforts to win the heart of Baheyya, a Betty Boop-esque girl, filled cinema halls with laughter. However, Mish Mish Effendi's popularity and subsequent career was boosted not only by his genuinely amusing character and his merry escapades, but also by international politics. 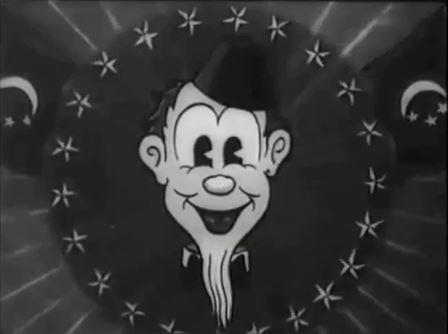 At the beginning of World War 2, the Ministry of War commissioned a fifteen-minute film to support the loan granted by the Egyptian government to the army. Between 1938 and 1948, Mish Mish Effendi became an integral part of Egyptian popular culture. However, the political turmoil of the 1940s put an end to the thriving business. Facing economic hardship, in 1951, the brothers left for France, settled down near Paris, never to return to Egypt. However Mish Mish Effendi inspired a whole generation of local animators, Muslims and Christians alike.

Television became a key institution for the production of national culture in Egypt under the presidency of Gemal Abdel Nasser (1956–1970). As a result, an entire generation of Egyptian animators such as Ali Moheeb, Samee' Rafe', Mohamed Haseeb, Noshi Iskandar, and Zakariyya Ajlan, dedicated their talents to making educational pieces and commercials of goods produced by Nasser's socialist-type industries. Nasser's death in 1970 put an end to the dreams of Arab unity and socialism, and it also signaled the decline of Egyptian animation.

The revival began in the 1990s when Mona Abu Nasr, a university lecturer and television producer, established Cairo Cartoon, Egypt's first CGI studio, where the Bakkar series about a Nubian boy was born in 1998. Together with Hassouna, his best friend, and Rasheda, his pet goat, Bakkar arrived on the scene just in time to support President Hosni Mubarak's (1981–2011) nationalist agenda at a time of domestic tensions and struggles with an armed Islamist opposition. Through nine seasons, Bakkar grew into a national icon and a symbol of Egyptian unity. 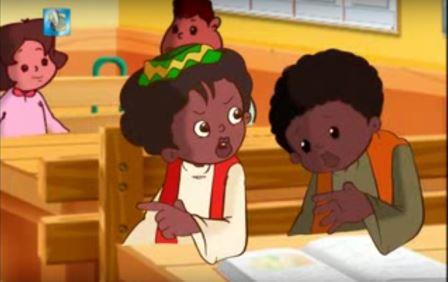 Animation became a platform for mediating not only notions of national, but also of religious identities. In 1995, director and university lecturer Zeinab Zamzam released the first clay animation series of Egypt, which revolved around the lives of the Prophets of Islam. With scripts approved by al-Azhar, Egypt's most prestigious religious institution, Zamzam's productions became part of the period's religious discourse. The characteristics and narratives of the productions also paved the way, and served as an example, for later Egyptian Islamic animated productions, including Qisas al-Qur'an (Stories of the Qur'an), released in 2011, the most significant Islamic animated series to date. By now, Islamic animated cartoons have also become cultural agents, with a distribution transcending not only national, but also geo-linguistic borders, reaching even non-Arab Muslim countries such as Turkey, Indonesia, and Malaysia.

This blog was written by Omar Sayfo who will give a talk on the topic at the upcoming FAMES-Woolf Institute Muslim-Jewish Relations Seminar on 9th February 2016.

Omar Sayfo is a PhD candidate at Utrecht University and a previous Visiting Scholar at the University of Cambridge. His main research field is media and political propaganda in the Arab world. He is currently engaged in research on identity and Arab animation.