Love for the 'Other'

Eva Simmons discusses two tales of love for the 'Other' – in the Modern Middle East. 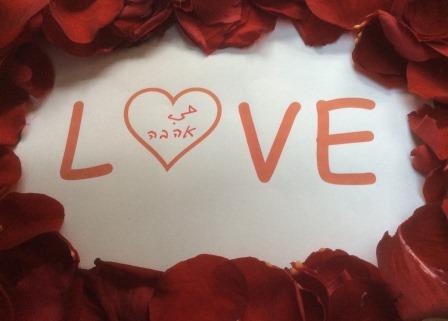 The period from 2014 to 2015 was a bloody time in the Middle East. Bitter clashes, some of several years' standing, were raging in a number of Muslim states. In addition, in the Eastern Mediterranean, Israeli Jews fought against Palestinians in Gaza, and with Arabs on other fronts too. Arabs in many places were deeply hostile to Israel, and many were, in addition, antagonistic to Jews, while anti-Arab and anti-Muslim feeling was growing inside Israel.

And yet, two works of fiction about love between a Jew and a Muslim gripped the headlines, and people's imaginations, in two of the countries most concerned. In Egypt, not long previously at enmity with Israel, a television serial about a love affair between a beautiful Jewish woman and a dashing Arab Muslim army officer held viewers gripped every day for a month.  And in Israel, a controversial novel about a love affair between a Jewish woman and a Palestinian man shot to the top of the best seller lists. What was going on?

First, the Egyptian story: called Haret el-Yahud (literally, 'the Jewish Alley', but translated as 'The Jewish Quarter'), which was shown every evening throughout the peak TV viewing time of Ramadan, 30 episodes (twenty hours) in all. The central story was the love affair between the lovely Jewish woman Laila, played by well-known Egyptian actress Mena Shalaby, and Ali, the Arab army officer, by Jordanian actor Iyad Nassar.  Set in a Jewish neighbourhood of Cairo, the piece begins in the seminal year 1948, when Israel declared its independence, and war broke out between Israel and the surrounding Arab states, including Egypt, and the Suez Crisis of 1956.  The series shows a Jewish family sitting down to a Friday night meal, and other scenes of Jewish life.

The series was not to everyone's taste: it was criticised by one Arab commentator for factors as varied as historical inaccuracies and anachronisms, an 'astronomical budget' and 'obviously-glued-on facial hair'; and the Israeli Embassy in Cairo, which at first welcomed the series, changed their mind as it progressed, revealing some scenes that were less than sympathetic to Zionism and, by extension, to Israel.

But the remarkable thing about it, according to The Times of Israel, is how sympathetically the Jewish characters are portrayed. In an article headlined 'In New Egyptian Ramadan Drama, Jews are the Good Guys', Arab Affairs reporter Elhanan Miller writes, 'Egyptian soap operas, produced annually to entertain millions of Muslims breaking their fast during the holy month of Ramadan, have often been platforms for Anti-Semitic and anti-Israeli vitriol'.  But this series 'recalls a time when Egyptian cinema celebrated the country’s inclusive, heterogeneous social makeup'.  In fact, the 'Bad Guys' in the story are the Muslim Brotherhood, stirring up trouble between Muslims and members of other communities.

One Cambridge resident, who grew up in Cairo, watched several episodes of the drama. Her verdict: the series

'is compelling though repetitive and it is an exposé of different social strata at the time. … The producer is trying to remind the public that they once lived in harmony with their neighbours whoever they may have been and maybe would like those days to be revived.  Jews are now wiped out of Egyptian history and not many remember they existed. We're talking about 60 or more years ago. Life was conducted more or less as depicted in the film'.

As to the way Jews - and Christians - are portrayed:

'The Christian women wear a cross to distinguish them from others. The Jewish men were distinguishable from others only by their names…. Haroun, Moussa, Mizraahi, Marcelle…. otherwise they look alike!!  The protagonist's (Ali's) sister resembles Laila. I think it is a good film'.

Meanwhile, in Israel, not long beforehand, in 2014 – year of the particularly nasty war between Israel and Gaza, a Jewish woman writer, Dorit Rabinyan, published a novel about a love affair between an Israeli Jewish woman and a Palestinian man.  This story, Gader Haya (translated into English as Borderlife), was highly praised by Israeli critics and some educators, but gained international publicity when, in 2015, it was excluded from the curricula in Israel's secondary schools (it was wrongly reported by some foreign media as having been banned from the country altogether). 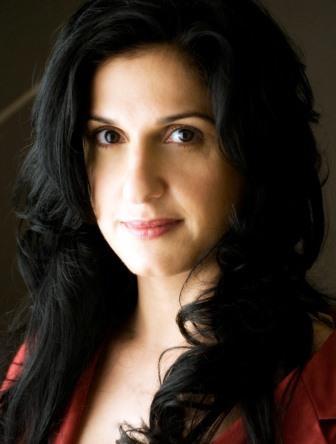 The plot is summarised by the book's literary agent, Deborah Harris:

'What begins in the cold of early New York winter ends on a Jaffa beach at summer's blinding peak. A chance encounter brings two strangers together: Liat, an Israeli from Tel Aviv, and Hilmi, a Palestinian born in Hebron. For one frozen winter away from home, on snowy streets, filled with longing for a Middle East sun, Liat and Hilmi demarcate the place reserved only for them, an intimate short-term place, a universe for two.'

Among Israeli critics who praised the book was the distinguished novelist Amos Oz, who said,

'I am impressed…Even the (asymmetrical) tragedy of the two peoples does not overwhelm this precise and elegant love story, drawn with the finest of lines. There are many astonishing things about this book.'

Following the publicity about the book, it shot to the top of the bestseller lists in Israel; book shops and distribution chains ran out of copies, and a new run had quickly to be ordered. In 2015, the novel received the prestigious Israeli award for young writers in Hebrew, the Bernstein Prize; and rights to it have been sold to countries all over the world, including France, Germany, Holland, Italy, Spain, Greece, Poland, Hungary, Brazil, the United States, and the UK.

And what of the outcomes to these stories?  In neither of them do the lovers stay together: in both the Egyptian TV series and the Israeli novel the lovers are torn apart: overwhelmed by the pressures of conflict between their two communities.  Some will cheer, others lament.  But in any case, these tales testify to the enduring appeal of the 'Romeo and Juliet' love theme: the overwhelming attraction of 'the other', against all odds.

This article is written by Eva Simmons PhD, a former BBC journalist, who took the Woolf Institute Muslim-Jewish Relations course in 2007-8, speaks publicly on Islam and Judaism together with a Muslim colleague and co-edits the Cambridge Jewish Residents' Magazine.

This article first appeared in the Cambridge Jewish Residents' Magazine (CJRA). It is reproduced here with the kind permission of the CJRA.