Kingship in the Land

Looking from afar, you might not think to associate the city of Jerusalem with royalty. Yet kingship is vital to Jerusalem's past. 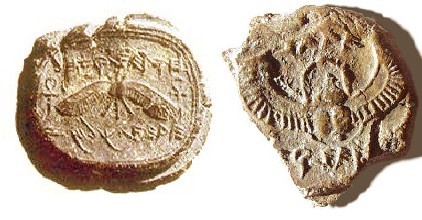 In 2015 an Israeli archaeologist tracked down an artefact of great value, the Royal Seal of Hezekiah, King of Judah from about 715 to 686 BC. As the Bible records, he reigned in Jerusalem and the Prophet Isaiah was his spiritual guide. He was one of only two kings deemed worthy successors of the great King David. 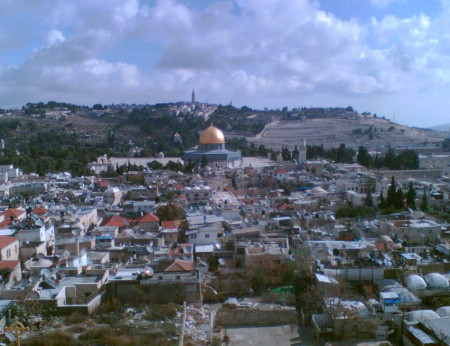 I took this picture in 2012 from the steeple of the Lutheran Church of the Redeemer which was built by the Germans before World War I. It is very close to the Church of the Holy Sepulchre and for me is a far better place to pray. Again, the signs of royal favour could scarcely be missed, the 'royal' in this case being the - fatally flawed - German Kaiser.

However, looking once more at the picture, you might see just to the left of the Dome and some way beyond it a twinkle of sunlight. This is from an 'onion dome' on the Russian Orthodox Church of St Mary Madeleine on the lower slopes of the Mount of Olives, a close-up of which is below. This church was sponsored by the Russian Tsar Alexander III and consecrated in 1888. At the occasion was the Grand Duchess Elizabeth, then aged 24, a saint in the making. 'Oh, how I would like to be buried here', she exclaimed. Thirty years later she was cruelly murdered by Lenin's forces in Russia. But her wish was granted when friendly forces brought her remains to the site in 1921. 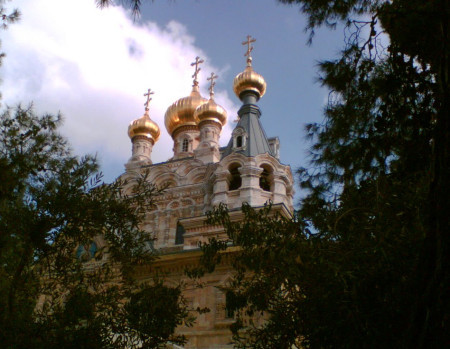 The city also bears the marks of relatively recent European, and present Middle Eastern, royalty. In the picture below the Dome of the Rock holds centre stage. An Islamic treasure, it was the late King Hussein of Jordan who saw it restored to its original splendour.

In the crypt below is the coffin of the Duke of Edinburgh's mother, Princess Alice, a woman of extraordinary courage and virtue. Princess Alice stayed in Athens during the Second World War, sheltering Jewish refugees, for which she is recognized as "Righteous Among the Nations" by Israel's Holocaust memorial institution, Yad Vashem. After the war, she stayed in Greece and founded an Orthodox nursing order of nuns known as the Christian Sisterhood of Martha and Mary. But let us return to the sign and seal of Jewish royalty. Here, just outside the Old City, is the tomb of King David. 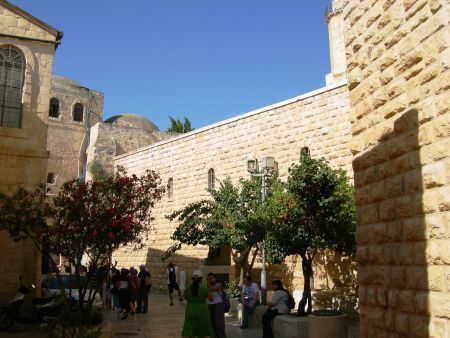 Around us are paths Jesus trod in his last earthly days. And here atop his cross, was Pilate's mocking inscription 'Jesus of Nazareth, the King of the Jews'.

Whatever our taste for modernity, Jesus can never be called 'President'. For the Christian he is Lord and King. Presidents are elected by the people. They may or may not deserve their position. He has his position by appointment and on unsurpassed merit.

Cedric Dowe is an alumnus of the Woolf Institute's programme on Jewish-Christian relations and active member of the Council of Christians and Jews.