2016 Woolf Institute Visiting Fellow, Professor John A Hall reflects on the theme of a forthcoming conference. 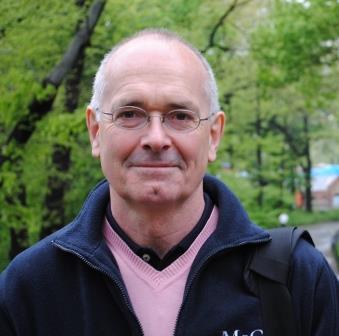 European thinkers with Jewish backgrounds, whether ascribed, embraced or denied, experienced nationalism in the most visceral ways imaginable, and thereby did most to create the grammar with which we think about nationalism. It is not hard to see why this is so. Nationalism changed its character at the end of the nineteenth century, from putatively liberal and inclusive to ethnonational and exclusionary. The classic late nineteenth romantic search for authenticity blended with social Darwinism in such a way as to place Jewish minorities in a difficult position, forced to make choices. One obvious option was to seek to assimilate, to get in at all costs. When asked by the city of Paris in 1916 as to policy towards incoming Russian Jews the great French sociologist Emile Durkheim argued for acceptance, on the grounds that they would become loyal and patriotic Frenchmen. But wanting to get in does not mean you will be let in, with rejection often leading to the polar opposite, namely to Zionism, to the insistence that it was necessary to get one's own state. Whilst a Fellow at the Woolf Institute I hope to outline further choices, both of which led to systematic thought about the nature of nationalism.

First, it is important to remember that Europe's political space at the turn of the nineteenth century was filled not just by national states slowly morphing into nation-states, but also by the great land empires of the Habsburgs and Romanovs. Thinkers with Jewish backgrounds increasingly felt themselves attracted to such entities. Some sought Jewish autonomy within composite political frameworks. Austrian socialists sought to preserve the Hapsburg empire by detaching national consciousness from territory; in contrast, the Bolsheviks can be seen as left-wing empire savers, seeking to create a very different sort of larger world.  Then there were varied hopes for larger worlds. Some had cosmopolitan dreams of empire, as in Karl Popper's search for an 'open' society. Others sought new principles of world order that would defang nationalism, most notably in Karl Polanyi's desire for 'tamed empires' and Karl Deutsch's desire for 'security communities'.

But the creation of new nation-states in Europe as the result of imperial collapse combined with the horrors of ethnic cleansing, population transfers and the Holocaust placed at the centre of attention the simplest of questions: How can the nation-state be made safe from the horrors of nationalism? Various positions in effect responded to the brutal implications of Ernest Gellner's celebrated definition of nationalism in which each nation has its own state, and each state its own nation. Might there be ways of loosening this tight, homogenising formula so as to make life bearable for those with Jewish backgrounds? Perhaps the best-known answer was that of Isaiah Berlin, arguing for integration rather than assimilation—that is, for difference, the right to one's religion or ethnicity, and the insistence on the right to hold multiple identities.

The conference to discuss these issues in the light of particular careers has been organised with Shana Cohen and Patrick Baert; it will take place in Selwyn College, Cambridge on 20 May 2016. Speakers include David Aberbach (McGill) on Jewish patriotism, Lilli Riga (Edinburgh) on the Jewish Bolsheviks, David Hayton (Belfast) on Lewis Namier, Adi Gordon (Amherst) on Hans Kohn, Jan Ruzicka (Aberystwyth) on Karl Deutsch, Patrick Baert on Jean-Paul Sartre's famous intervention on anti-semitism, and Joshua Cherniss on Isaiah Berlin.

This article is written by Professor John A. Hall who is the 2016 Woolf Institute Visiting Fellow from April to June 2016. He is the James McGill Professor of Comparative Historical Sociology at McGill University in Montreal, and the author of a number of books dealing with states, empires and nations - amongst them Ernest Gellner: An Intellectual Biography (London, Verso 2010). His research concentrates at the moment on the links between different Jewish 'conditions' at the turn of the last century and the resulting theories of nationalism - ranging from assimilation to dreams of larger multinational worlds, and from attempts to make nation-states securely liberal to zionism.