Is Secularisation Good for Interreligious Relations?

Is Secularisation Good for Interreligious Relations?

Dr Gorazd Andrejč reflects on the relation between secularisation and interreligious relations in Europe. Some of the issues discussed in this post are addressed in greater detail and in historical perspective in the course, Jews, Christians and Muslims in Europe: Modern Challenges. 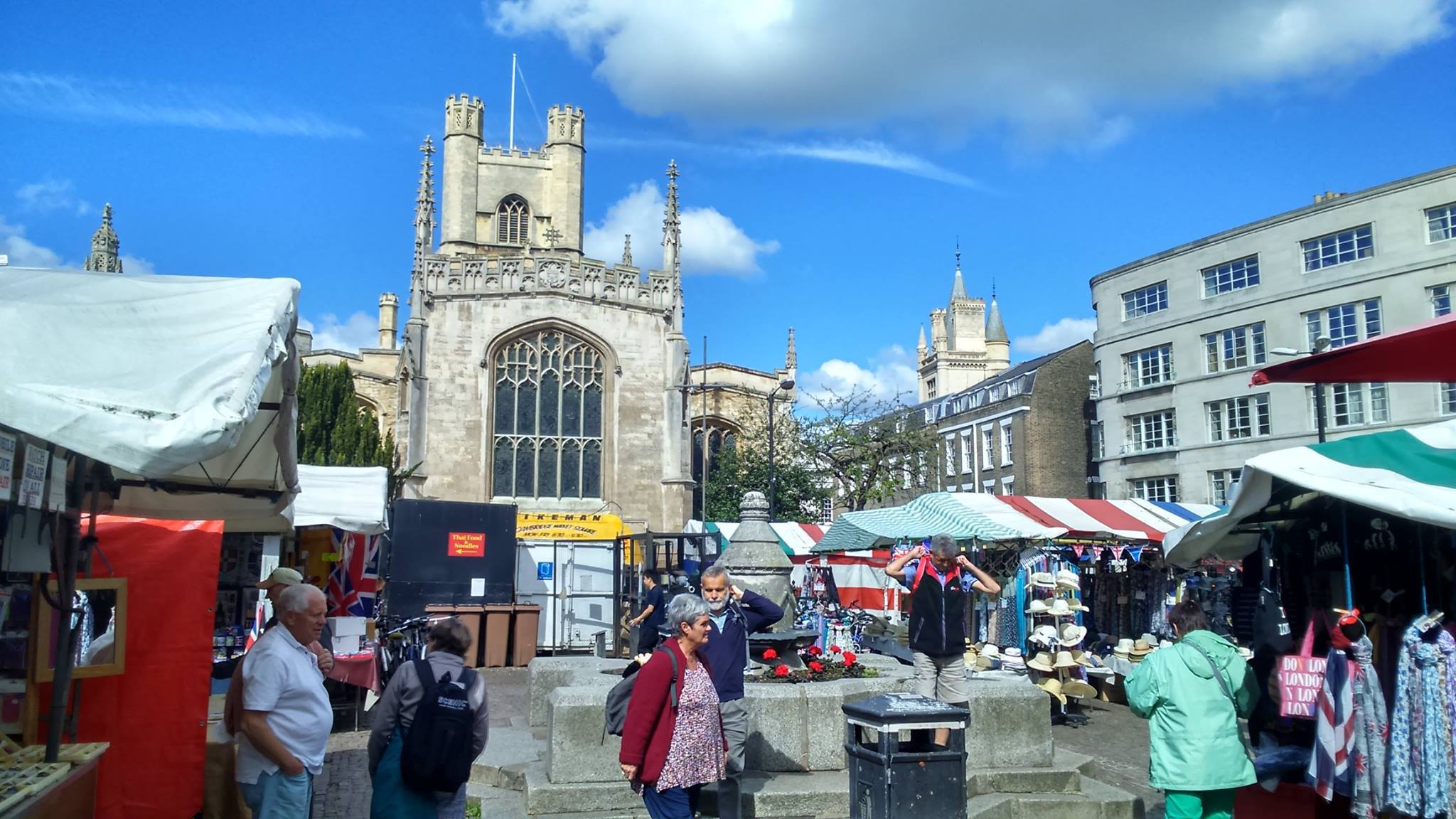 According to some sociologists (Peter Berger, Grace Davie), secularisation – in a sense of a gradual demise of explicit influence of religion in public life, state politics, legal framework, but also the lessening of the proportion of people who identify as religious – is something quite particular and limited to Europe, and those elites outside Europe that have been strongly influenced by European culture. While this may be a slight overstatement – countries like China and Japan, for instance, have experienced their own secularisations which were neither entirely independent from nor entirely due to European influence or colonialisation – it is certainly fair to say that, overall, religion has been and still is on a decline in Europe, as shown by most sociological indicators. At the same time, Europe is becoming religiously and ethnically more plural. We can notice this in many ways, but perhaps most clearly in arts, sports, and education, but also, although to a lesser extent, in politics.

Is the ongoing European secularisation beneficial or harmful for interreligious relations and cooperation in Europe? The answer is not straightforward. Critics note that European secularized liberal culture is becoming an increasingly inhospitable environment for those who come from religiously more conservative traditions and cultures. It would seem that Europe has notable difficulties in accommodating such (usually minority) religious cultures, even when they are not posing a violent threat to their fellow Europeans at all. This can add to the tendency towards social and political isolation of such groups, and make improvements in interfaith relations and cooperation more difficult.

However, it is hard to deny the benefits of the standard modern approach to affirming a secular state. This approach, which owes a great deal to the philosopher, John Locke, still has much to offer - not necessarily in terms of directly increasing interreligious cooperation but by enabling a more equal platform for interreligious relations in the public domain and before the law, in comparison with the situation where a particular religion is affirmed as the state religion. According to Locke, the state should exist for entirely secular reasons. It should be concerned with civil or worldly interests, such as "Life, Liberty, Health, and Indolency of the body; and the possession of outward things such as Money, Lands, Houses, Furniture, and the like". The state shouldn't be founded on explicitly theological principles and it shouldn’t privilege any religion. While Locke himself arrived at this conclusion from a mix of Protestant theological and secular ethical reasoning, one of his central arguments stems from a philosophical reflection on the nature of belief: the state cannot demand from its citizens to follow a particular religion since belief is not a sort of thing that one can be forced into, or even ‘will oneself into’ for some extrinsic good.

From a modern Lockean perspective, then, a consistent secularity of the state can be thought of as the best guarantor of religious freedom for everyone within a secular state, within certain limits (it is unacceptable for anyone to inflict harm to other citizens in the name of one's religious beliefs, for example). Consequently, while this might increase competition among religions for its followers (as this is perhaps most clearly seen in the case of the US) in comparison to state religion situations, it also works against the imbalance of power among religions by actively working against state protectionism towards the majority religion or life-stance (or, towards a particular minority, as it also happens). Surely this feature of the secular state is beneficial for interreligious relations.

But there are, of course, complications. Firstly, one has to recognise that, in reality, there are significantly different kinds of secularism at work in Europe. What is more, these differences have a lot to do – paradoxically, for a strict Lockean – with the dominant religious tradition of the respective cultures in which the different secularisms emerged. Sociologist José Casanova distinguishes between three different "patterns of secularisation": the Nordic Protestant, the Southern Latin Catholic and the American. 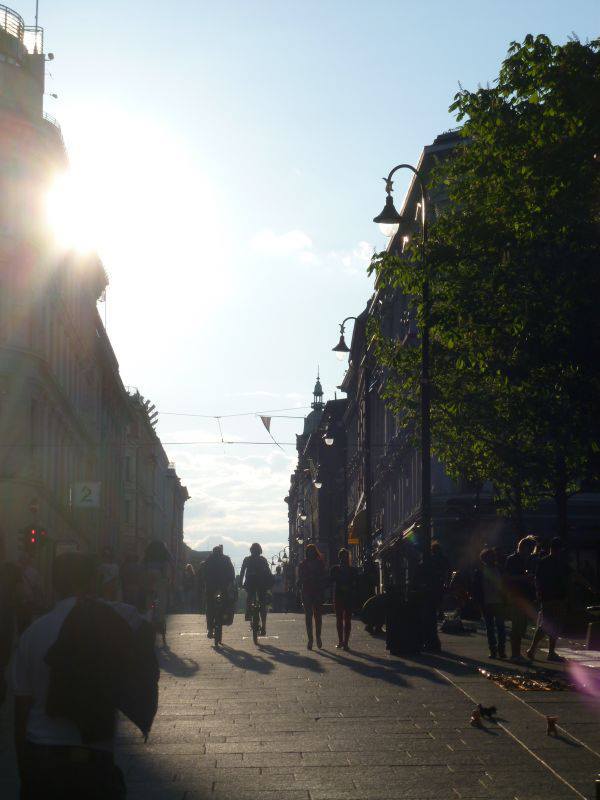 Following this distinction which could no doubt be further expanded and refined, it is interesting to note the following. The Nordic countries which appear to be the most secularized in Europe in terms of the explicit belief in God by its citizens, are characterised by a relatively high degree of religious toleration compared, for example, to Eastern and Southern Europe. However, these are the countries where there is the most ambiguity between the secular and the sacred in the public sphere, not the ones where there is the strictest separation.

To see how this is possible, we need to note that the Nordic model of church-state and sacred-secular relation is based on the distinctly Lutheran approach to abolishing the sacred canon laws of medieval Christendom and placing legislation entirely under the domain of the secular ruler. It was also, however, based on another Lutheran principle, that of 'salvation by faith alone', the consequences of which was that "any kind of legislation connected to the spiritual was thought to be wrong"**. Since the only legitimate way of relating to God is through faith for Lutherans, and since this is not the domain of the state but the church, Lutheranism provides a strong theological affirmation of the secular, i.e. a theological justification for the division of labour between the church (salvation of souls) and the state (secular matters, justice, security, etc.), while the church which has historically 'performed the salvation of souls' for the state was, of course, Lutheran, and officially so.

In the modern times, we have a somewhat different situation in European Nordic countries (significantly less popular belief, a notable presence of religious minorities, etc.), but the one continuous with the traditional arrangement. While these traditionally Lutheran countries have been, as Casanova says, "characterised by a peculiar integration of the religious and the secular, which is manifested in the fusion between church (ecclesiastical institution), state and nation", they are also countries with a high level of religious toleration as well as good interreligious relations and cooperation, as shown in the strong, co-operative responses by religious leaders and believers of all major faiths in these countries to either right-wing or Islamist terrorist atrocities in recent years.

On the other hand, we can find a similar complication for the principled Lockean picture of the secular state from a quite different context. In the traditionally Catholic countries where the secularist part of the public, as a rule, pushes for as strict separation of church and state as possible, we usually have more polarised and conflict-ridden relations between the sacred and the secular. And this is often not so conducive for the advancement of religious pluralization or better interreligious relations as one would, perhaps, expect. In the countries where religion has experienced at least some form of revival and, more controversially, 'political come-back' after the fall of communism – e.g. Poland, Slovakia, Hungary, Slovenia and Croatia – the stronger religious-secular polarization (interwoven with the right-left political divide) tends to squeeze out any 'third party' from the public debate, such as minority religious voices. Since most of such voices don’t fall neatly into the Catholic-vs-secularist split, they are often pressured to decide 'on which side they are on'. This puts a strain on interreligious relations, since such pressure, which often has political ramifications, can create animosities between majority Catholicism and minority religions which have little to do with faith or theology, as they are predicated more on the imbalance of power and access to political influence. 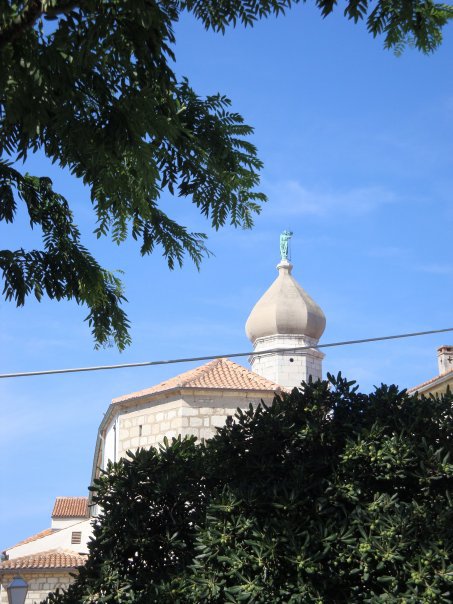 So, it is very hard indeed to offer any grand or clear-cut answer to our initial question: is the greater secularisation good or bad for interreligious relations in Europe? It certainly depends a lot on what kind of secularisation we are talking about, which religious tradition provides the background culture for the pattern of the secularisation: are we talking about the Nordic Protestant, the Southern Latin Catholic, or any other –mixed, or Calvinist, or Eastern Orthodox, or Muslim – background context? In addition, are we talking about a post-socialist context with its recently revived mainstream religions assertive in the public space, and in this sense a post-secular reality, or not?

These and other social factors will co-determine interreligious relations in respective parts of Europe, sometimes decisively so. In my experience, however, I also noticed numerous times that Europeans of all faiths and none, while dependent on these contexts, also find constructive and cooperative ways of relating which transcend these contexts. Such self-initiated cooperation can at times notably influence their surrounding social and political realities, although this may not always be easily visible.

This article is written by Dr Gorazd Andrejč who is Junior Research Fellow at the Woolf Institute. Gorazd leads the online course, Jews, Christians and Muslims in Europe: Modern Challenges. Some of the issues discussed in this post are addressed in greater detail and in historical perspective in the course.

*José Casanova, 'The Two Dimensions, Temporal and Spatial, of the Secular: Comparative Reflections on the Nordic Protestant and Southern Catholic Patterns from a Global Perspecive', in Secular and Sacred? The Scandinavian Case of Religion in Human Rights, Law and Public Space. Edited by R. van den Breemer, J. Casanova, and T. Wyller (Göttingen: Vanderhoeck & Ruprecht, 2013), p. 21.