Freedom to Offend: A Path to Conflict? 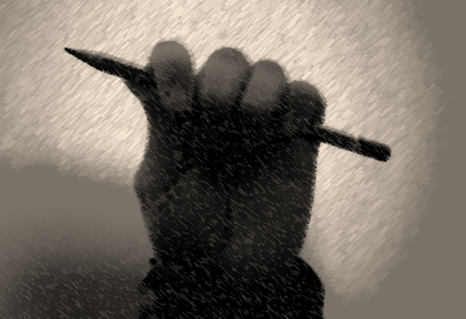 This week marked Holocaust Memorial Day and the 70th anniversary of the liberation of Auschwitz. Remembering the Holocaust protects us all, not just Jews, partly because today we are all minorities and inextricably entwined – whatever affects one directly affects us all, indirectly. In this context we need to consider how to help us negotiate a better stance towards a compromised past and to look forward to a more hopeful present. Our conversation has to have nuance and substance, not just polemic. That's why the Woolf Institute organised its recent discussion: to talk, engage, to dialogue and, perhaps most importantly, to disagree well.

In the context of recent events in Paris, this task may feel particularly challenging. It shouldn't need to be said that there is no excuse for violence. The reactions to Charlie Hebdo were acts of terrorism. The killings in the Jewish supermarket were murder. However, in some of the responses there was a dangerous false binary drawn between legally permissible bigotry (known to some as the freedom to offend) and murderous terror. By framing events in Manichean terms – dark versus light; good versus evil – we are forced into crude and facile positions. There seemed to be no dilemmas, only declarations. What some lacked in complexity they made up for in polemical clarity and the provision of a clear enemy. Most sought, through a singular linear thesis, to explain what happened and what we should do about it: it's about Islam; it has nothing to do with Islam; it's about foreign policy; it has nothing to do with foreign policy; it's war; it's criminality; it's about freedom of speech, integration, racism, multiculturalism. There is something to most of these. But, most of all this was an attack on free speech.

Freedom of expression, freedom to offend

It could be observed, however, that the discussion about 'free speech' of the last few weeks has failed to move from the right to free speech – in our society we should celebrate free speech – to a critical discussion of how to exercise the responsibility that goes with free speech. I see no reason to celebrate the 'right to offend', whose advocates evade their responsibility or exercise it carelessly, heedless of the consequences of their actions.

The defence of Charlie Hebdo – that they did not target Islam but everybody and anybody – is not impressive if the assumption is that targeting minorities and weak groups and being willing to use and strengthen stereotypes and racist imagery is ok, as long as the satirists in question also satirise the powerful. Charlie had an equal opportunity policy when it came to giving offence, but in recent years it had come to lean heavily on jokes about Muslims, who like Jews, are currently among the most vulnerable citizens in France. I don't believe in censorship but would like to celebrate freedom of speech as something greater than the freedom to offend; causing offence should be more of a discretion, than a right.

The demand that Muslims should have to answer for these killings is repugnant. Although it is untenable to claim that these attackers had nothing to do with Islam (anymore than it would be to say the Ku Klux Klan had nothing to do with Christianity or Israeli nationalist religious extremists have nothing to do with Judaism) Muslims can no more be held responsible for these atrocities than Jews can for the bombings in Gaza. Muslims do not form a monolithic community; nor does their religion define their politics – indeed they are the people most likely to be killed by Islamic extremists. The Paris killers shot a Muslim policeman; the next day a Muslim shop assistant hid 15 Jews in the freezer of a kosher supermarket.

Those who claim that Islam is "inherently" violent are more hateful, but no less nonsensical, than those who claim it is "inherently" peaceful. The insistence that these hateful acts are refuted by ancient texts makes as much sense as insisting they are supported by them. Islam, like any religion, isn't "inherently" anything but what people make of it. A small but significant minority have decided to make it violent.

Nobody elected these gunmen; they don't represent anyone.

Let's not be stupid together

The three killers in the Paris attacks and those who aided them (as well as those killed visitors to the Jewish in Brussels last year or killed pupils and parents in the Jewish school in Toulouse the year before), are personally responsible for what they did.

But we, as a society, are collectively responsible for the conditions that produced them. And if we want others to turn out differently – less hateful, more hopeful – we will have to keep more than one idea in our heads at the same time. As Susan Sontag put it, "by all means let us mourn together; but let's not be stupid together".

To that, on 70th anniversary of the liberation of Auschwitz, we might add: let us not be callous, reckless, or oblivious together, let us not be victims nor perpetrators; most of all, let us not be bystanders.

This blog is by Dr Edward Kessler MBE, Founder and Executive Director of the Woolf Institute and Fellow of St Edmund's College, Cambridge. He is a leading thinker in interfaith relations, primarily, Jewish-Christian-Muslim Relations.