Dr Esther-Miriam Wagner talks about her love of conferences.

There appear to be two kinds of academics: those who loathe conferences and believe they are a waste of time, and those who are positively excited about the possibility of hearing about the most recent research efforts by their colleagues, about networking and socialising with their academic cohort, about meeting other scholars and finding new collaborators. As this opening statement makes it plainly obvious, I belong to the latter category.

After organising quite a few panels, conferences and workshops for the Woolf Institute in the last months, I was really looking forward to a conference this summer where I would be a mere participant (apart form a bit of chairing), with no organisational duties whatsoever. 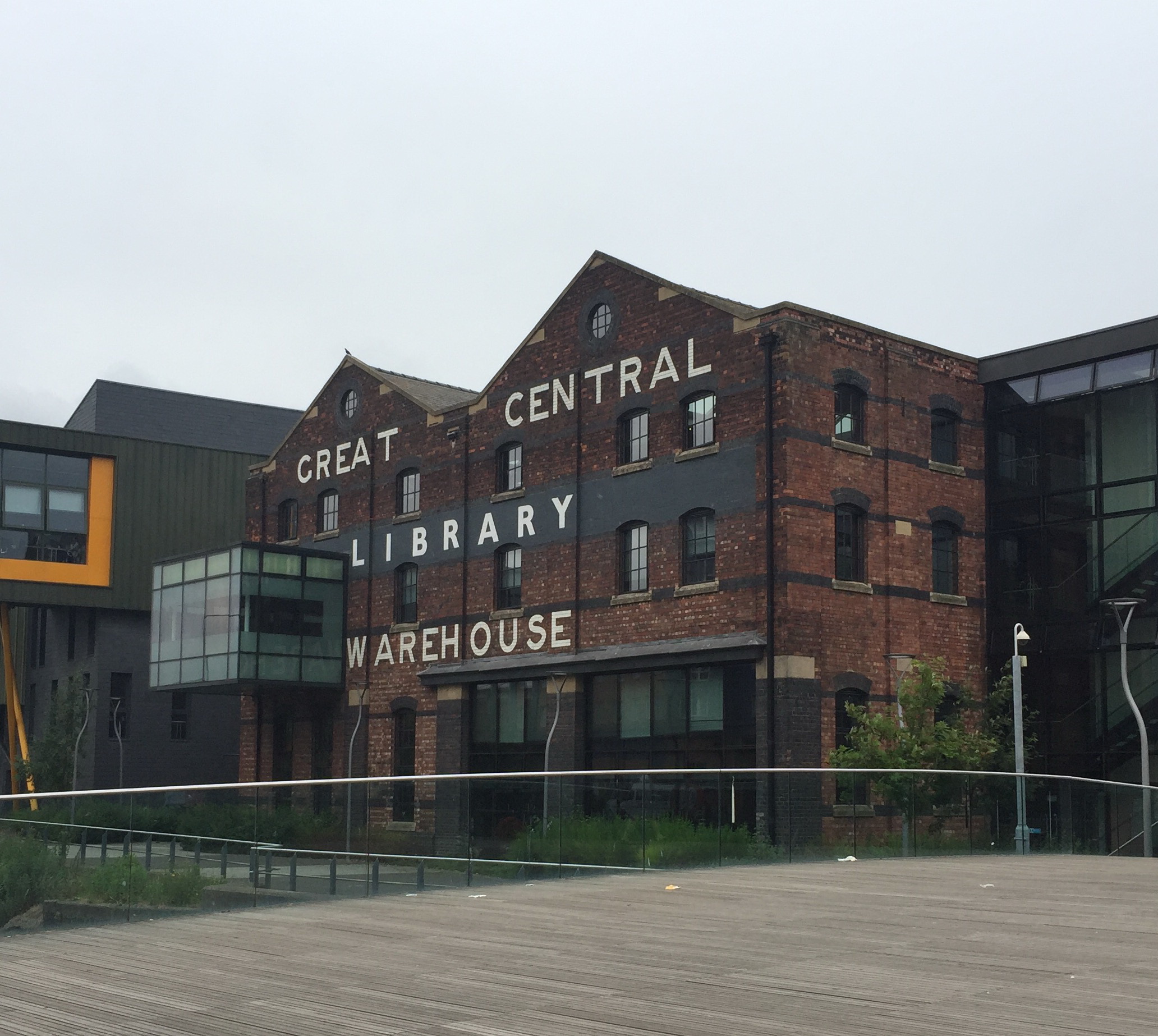 My trip took me to Lincoln, to the 4th Biennial conference of the Society of the Medieval Mediterranean (SMM), of which I am the Vice-President and responsible for website and presence on the Social Media. The Society was founded to bring together scholars working on both the Christian and Islamic Mediterranean, subjects that are often worlds and not just a sea apart. All aspects of the academic study of Mediterranean history and culture, from the fifth to the fifteenth centuries C.E fall within the remit of the Society, and it aims to foster cross-cultural and inter-disciplinary investigation, creating a forum of ideas and encouraging debate on intercommunal and transnational crosspollination within the Medieval Mediterranean. 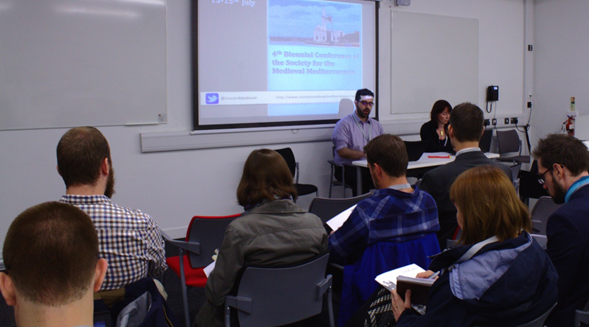 Trying to chair, listen, tweet all at once (photo: SMM)

I am very passionate about the Society, and try to persuade as many of my colleagues and students to join it and come along to the Society conferences. Some of my students were at Lincoln with me, and I must admit, it is a joy to be in a stage in my career where I can see my students present and feel professorial pride. And it is great to share the conference experience, the excitement to meet colleagues one has only read but not seen in person, the slight anxiety before presentations, the fun dinners and pub/bar outings, the touristy excursions, and in the case of Lincoln, the somewhat strange travel experience. 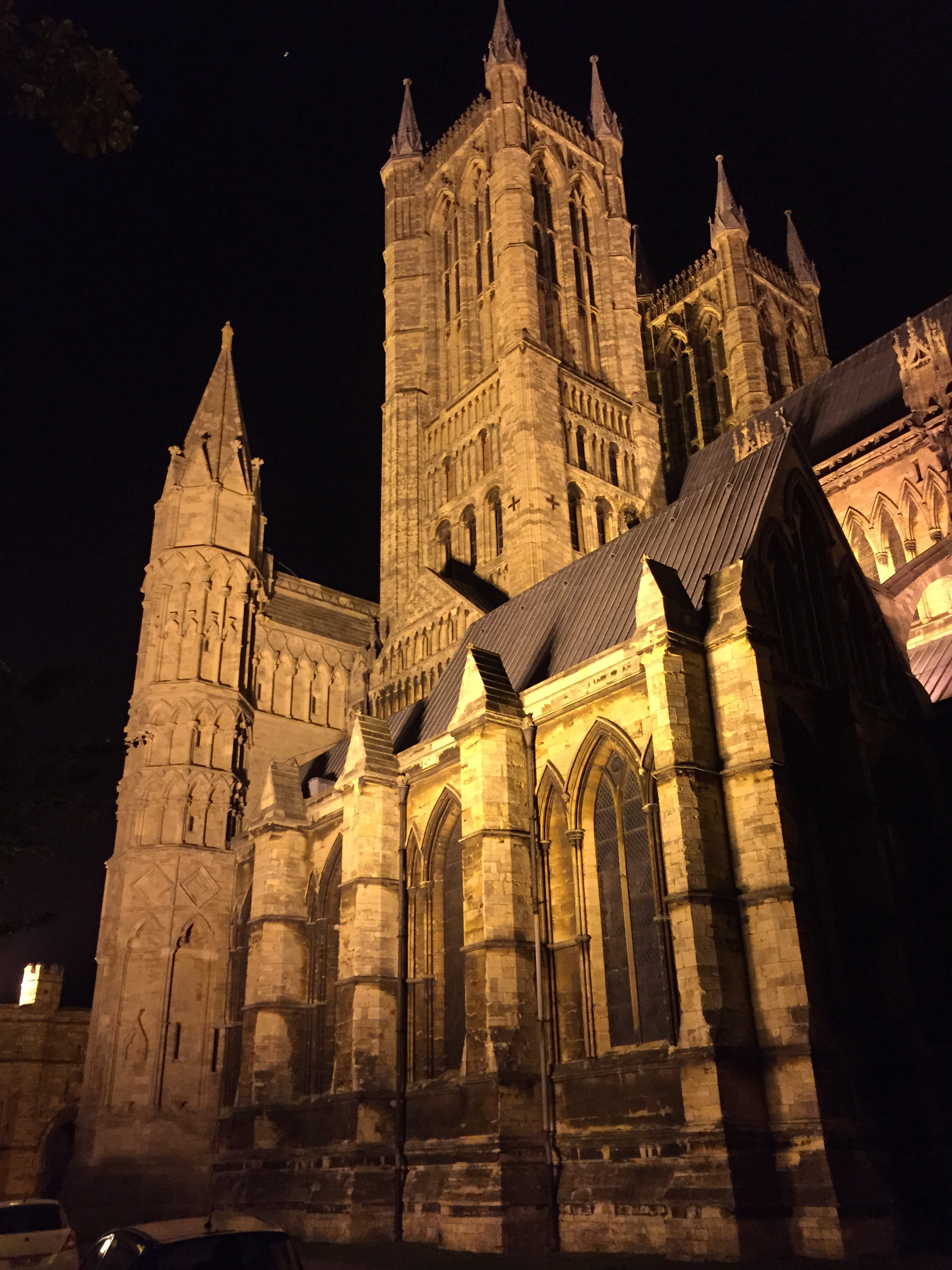 Although Lincoln is a medium sized town, the only means of rail transport appear to be slow trains consisting of one carriage, running between stations such as Newark and Grimsby, which stops at many small villages along the way. But the lack of speed prepares the visitor for the laidback charm of Lincoln, with its beautiful cathedral and its river port feeling. Having lived in flat Cambridge for more than a decade, I have great appreciation for hilly topography but even without that the tall cathedral placed on a prominent rock looked awe-imposing. When I was climbing up the very steep hill to my accommodation in the Bishop's Palace just next to Lincoln cathedral, I passed with great delight rows of beautiful medieval houses (although they include the slightly questionable tourist attraction called "Jews' house"). It dawned on me somewhat belatedly that there really could have been hardly any better place than this town that proudly celebrates its copy of the Magna Carta to have the conference this year, in particular as the focus was on 'Law, Custom and Ritual'. 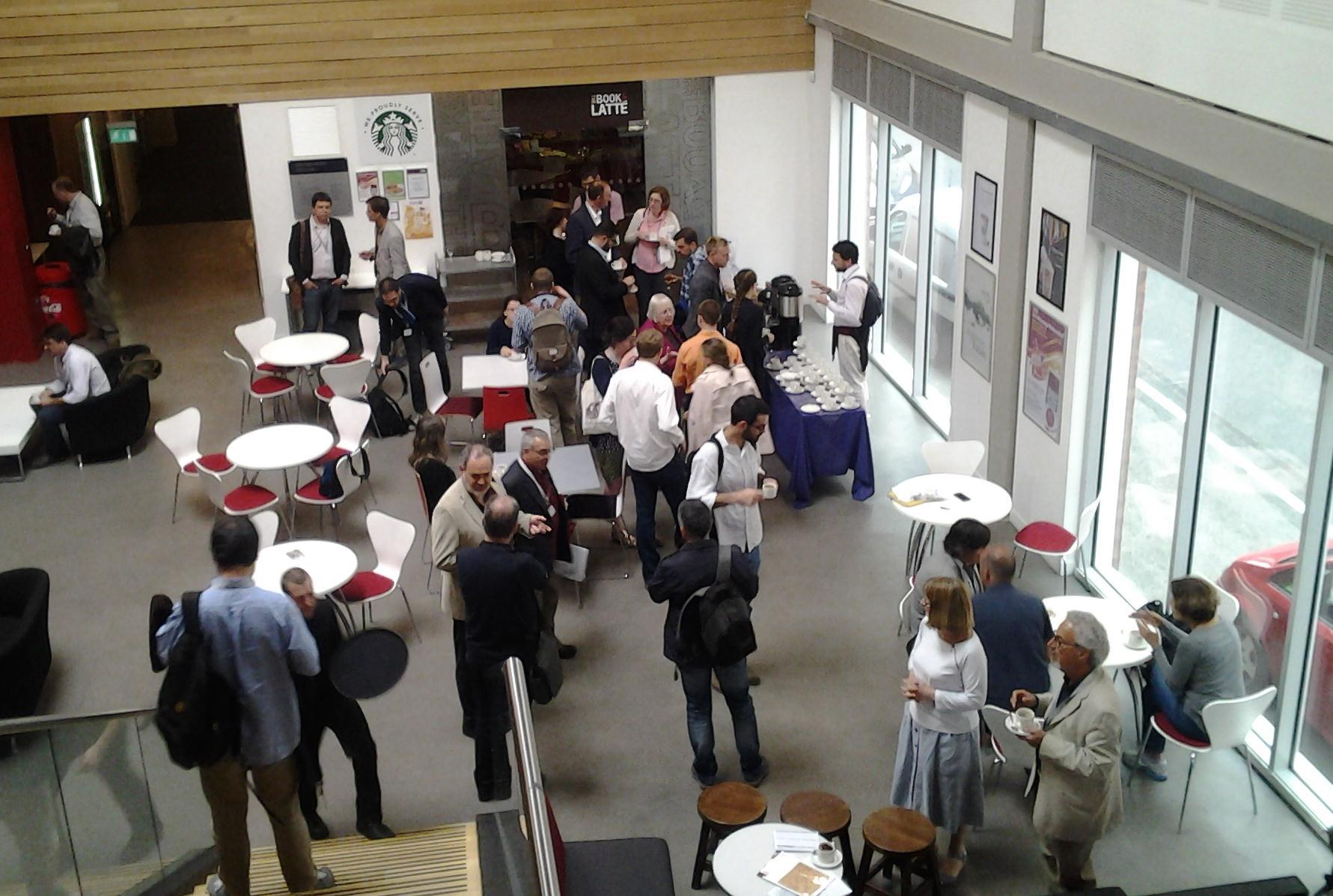 Coffee break - the most important part of any conference (Photo: SMM)

Parallel sessions at conferences cause great pain to me as I struggle to decide which panel to attend. I regularly avoid the very big conferences of the field simply because I feel I am missing so much that I may as well not go. The SMM conferences are not too bad as there are usually only two or three panels at the same time. I chaired the initial session in one of the panels (trying to get to grips with twitter and tweeting along at the same time), and when the first papers captivated me with accounts of the mandatory Circumcision Ceremonies (they had clowns to pacify the children!), revolts under the Fatimids (Alexandria was a hotbed of anti-Shia acitivities) and Ayyubid legal petitions (the caliph arbitrating in unjust legal cases was a staple of Ayyubid rule), I knew that this would be one of the conferences where I would come out with renewed passion, fervour and enthusiasm for my own research and all research related to the field.

This, in my eyes, is the greatest thing about conferences – it re-awakens scholarly curiosity that may occasionally become slightly dulled by the stresses of academic life.

This article is written by Dr Esther-Miriam Wagner who is the Senior Research Fellow at the Woolf Institute.