A Summer of Learning

Going to conferences in the summer can be a bit like a travelling circus. The same people keep popping up at different places. You end up in a session with someone with whom you shared a panel last year. You have to be careful not to make the same joke twice. You must make sure to present different materials, or at least speak about the same material from a different angle. 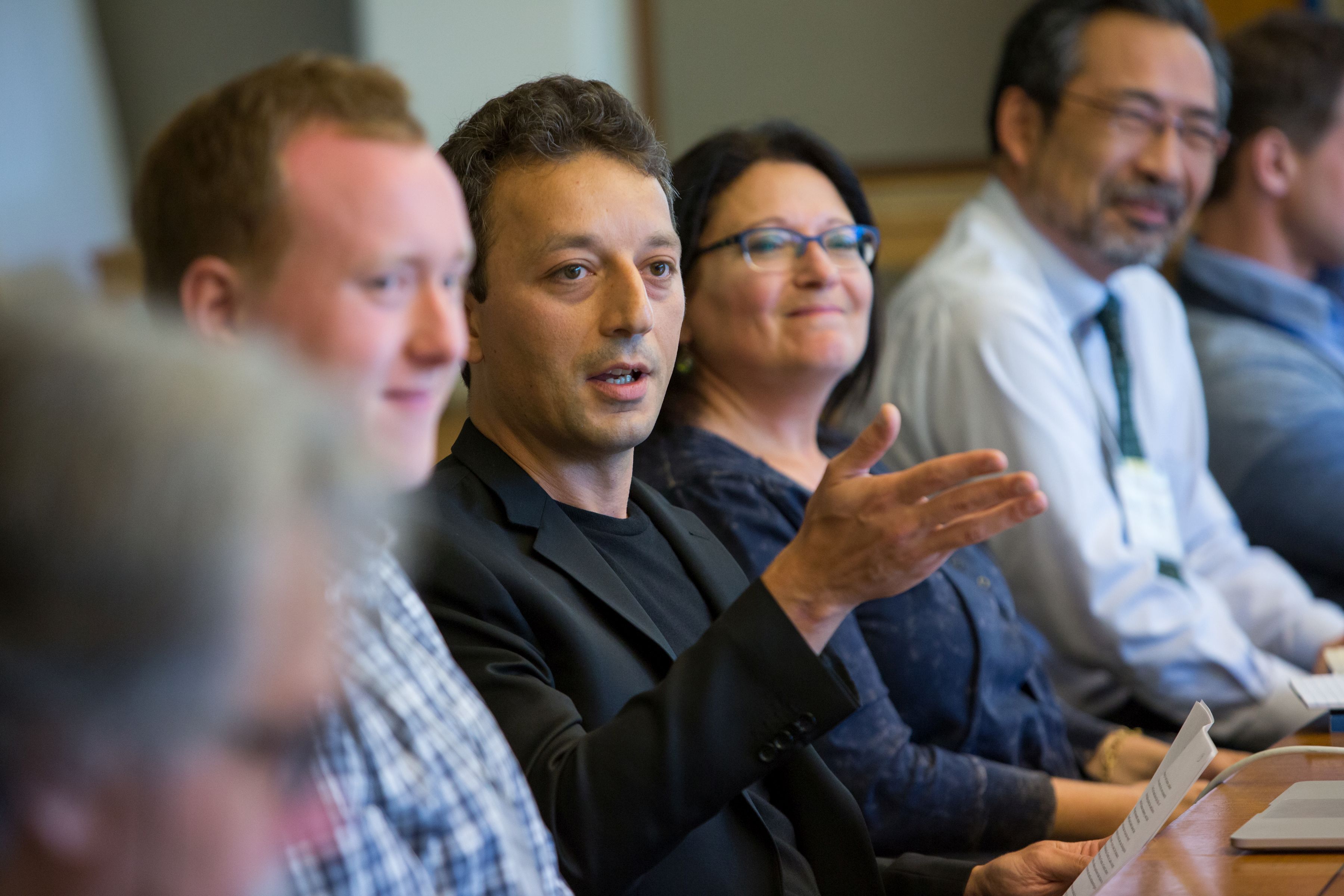 In my field, there is also another gathering place – the manuscript rooms of the libraries of the respective places where people typically spend the days before or after a workshop. Sitting in the Bodleian in early July, for example, I recognised around me two researchers I had just met at a gathering in Manchester, another researcher I met at a conference last year plus a long acquainted colleague who I had just met at a conference in Oxford, in addition to the UK colleagues you tend to bump into in any case. You feel part of a community, perhaps almost an extended family, and your interactions boost your appetite for further research.

A bad conference without a proper theme and intellectual thrust, fortunately a rare occurrence these days, typically makes you sit there bored out of your mind, thinking how on earth you agreed to come. A good conference makes you feel elated, you suddenly want to work on all the materials the speakers of interesting conference papers mentioned. This summer I went into a bit of a binge – five conferences in the space of seven weeks, and I was very lucky that all of them made me feel as if I came away understanding considerably more about the subject than I had before, and having made connections that are fruitful in so many respects. 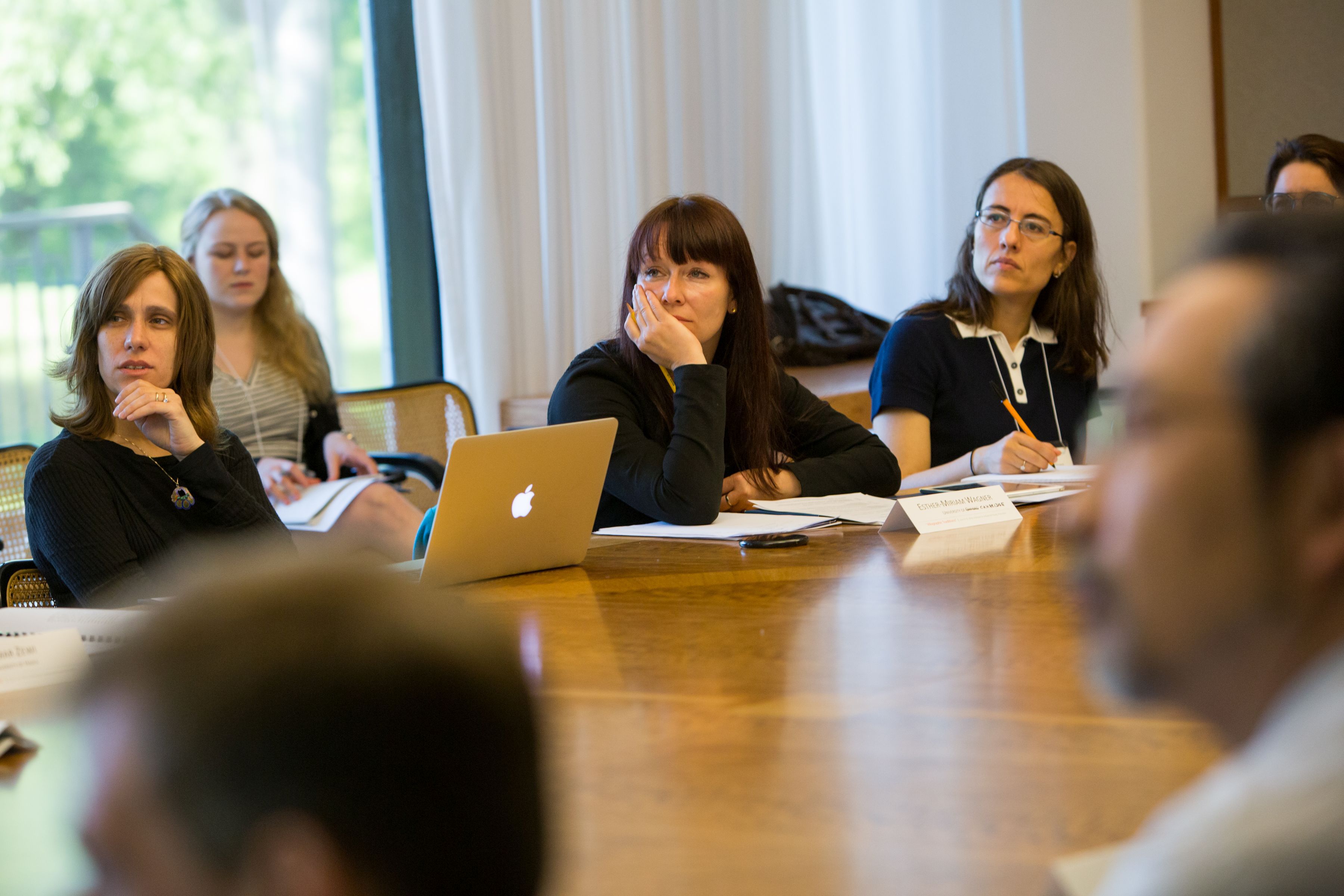 My first trip in June took me to the Institute for Advanced Study in Princeton, which is a lovely place at the edge of (surprisingly small) Princeton. Surrounded by meadows, a lake, woods and golf courses, with its iconic buildings and fantastic cafeteria food, one can easily see how it produces a most conducive atmosphere for research. And Princeton itself with its American neo-Gothic Oxbridge architectural grandeur and Ivy League atmosphere is just a beautiful stroll away. On the downside, being there may have slightly spoiled conference invitations for me for the rest of my life – being picked up by limousines and being given a gift basket is not normally part of the academic repertoire. 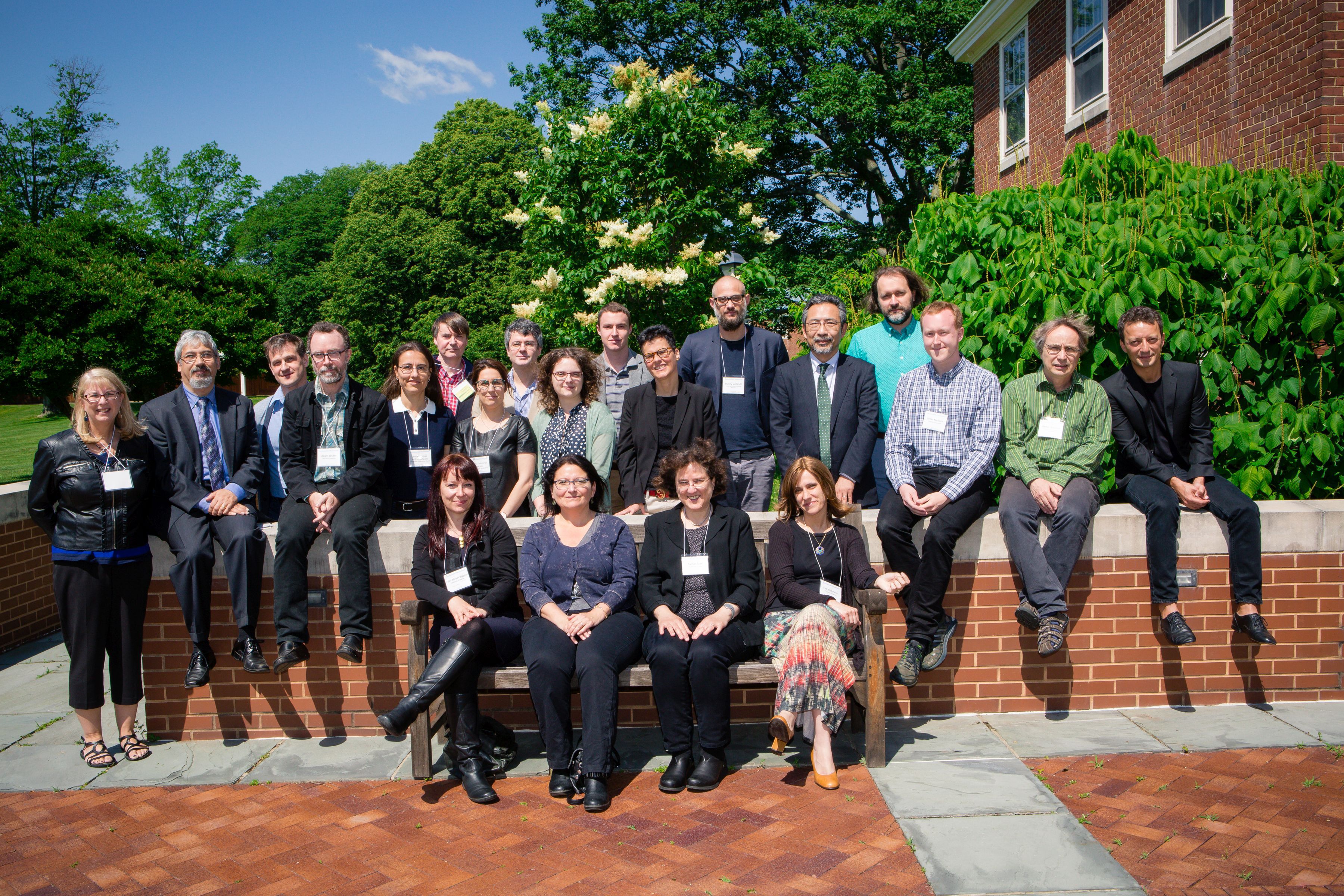 The Allography Workshop at Princeton

The purpose of the Princeton workshop, organised by Sabine Schmidtke and George Kiraz, was the investigation of Allography – the use of alphabets different from those in which a language is normally written. We talked mainly about Arabic, written for example in Hebrew, Syriac, and Greek alphabets. I have noticed when giving popular talks how difficult and surprising it can be for non-specialists when they see a particular alphabet to understand that the text may actually be in a language typically written in another alphabet – there is a great conflation of alphabet and actual language.

The longer you are part of academia, the more conference acquaintances you acquire. Some people you may have invited to something you organised yourself and become friends. Others you may have met at previous workshops, or you may even have shared the same session in another conference before. There are also your doctoral siblings, i.e. those with whom you shared the same PhD supervisor. These connections, reinforced by meetings over the course of years, create a close-knit cohort, a tribe of scholars conducive to exploration, discussion, and sometimes arguments. And then there are those you meet for the very first time. In Princeton I ran for the very first time into a professor from the same small East German region; we recognised ourselves as fellow countrymen by our regional accents shining through in English. Incidentally, he had been drafted into the East German army in the 1980s together with another friend of mine also in attendance, so we were walking one evening through the warm New Jersey night wondering what we would have thought if someone told us back then that we would one day take this trip together. Another lovely new acquaintance was a Turkish scholar working in the US on the Ottoman period – a most useful chance meeting as this came on the back of another conference I organised in April on Ottoman Arabic. As a result of this I started contacting people to contribute to a handbook/reader of Ottoman Arabic, and now the research network has been extended to American scholars as a result of us being brought together in conference on a different topic. 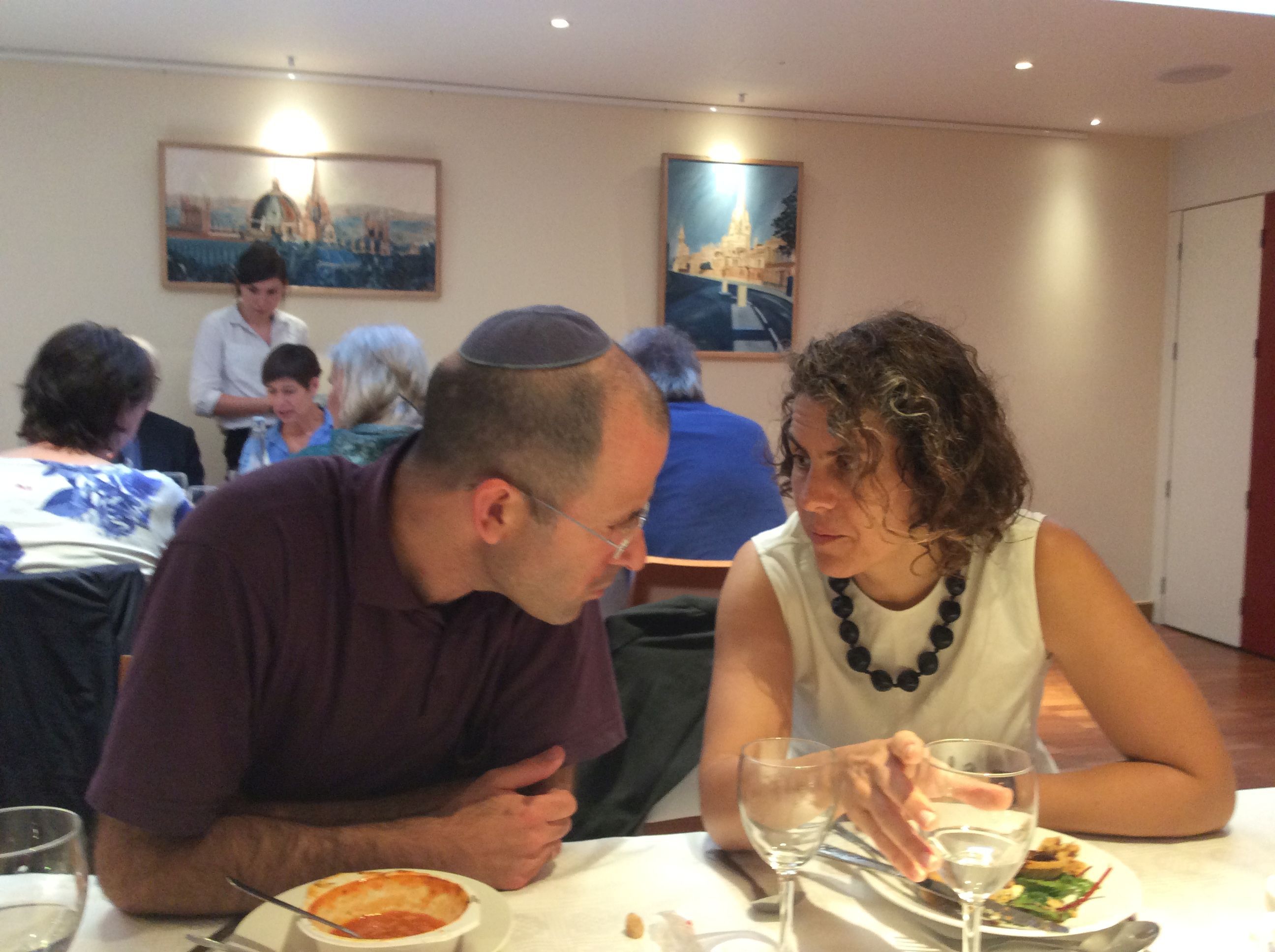 My next workshop in Oxford saw a gathering of Cairo Genizah heavyweights, such as Miriam Frenkel, Marina Rustow, Mark Cohen, Judith Olszowy Schlanger, and Dotan Arad. The conference, organised by Alison Salvesen and Sarah Pearce, focused on the land of Egypt as a concept and reality for Jews in Late Antiquity and in the medieval period, and it transformed my understanding of Jewish identity in Egypt and of Genizah scribal culture. It was one of those conferences where you go away with an altered appreciation of the implications of your work for other scholars, and with an injection of slightly delusional enthusiasm where you suddenly feel you can finish all your books and articles in the next few weeks. 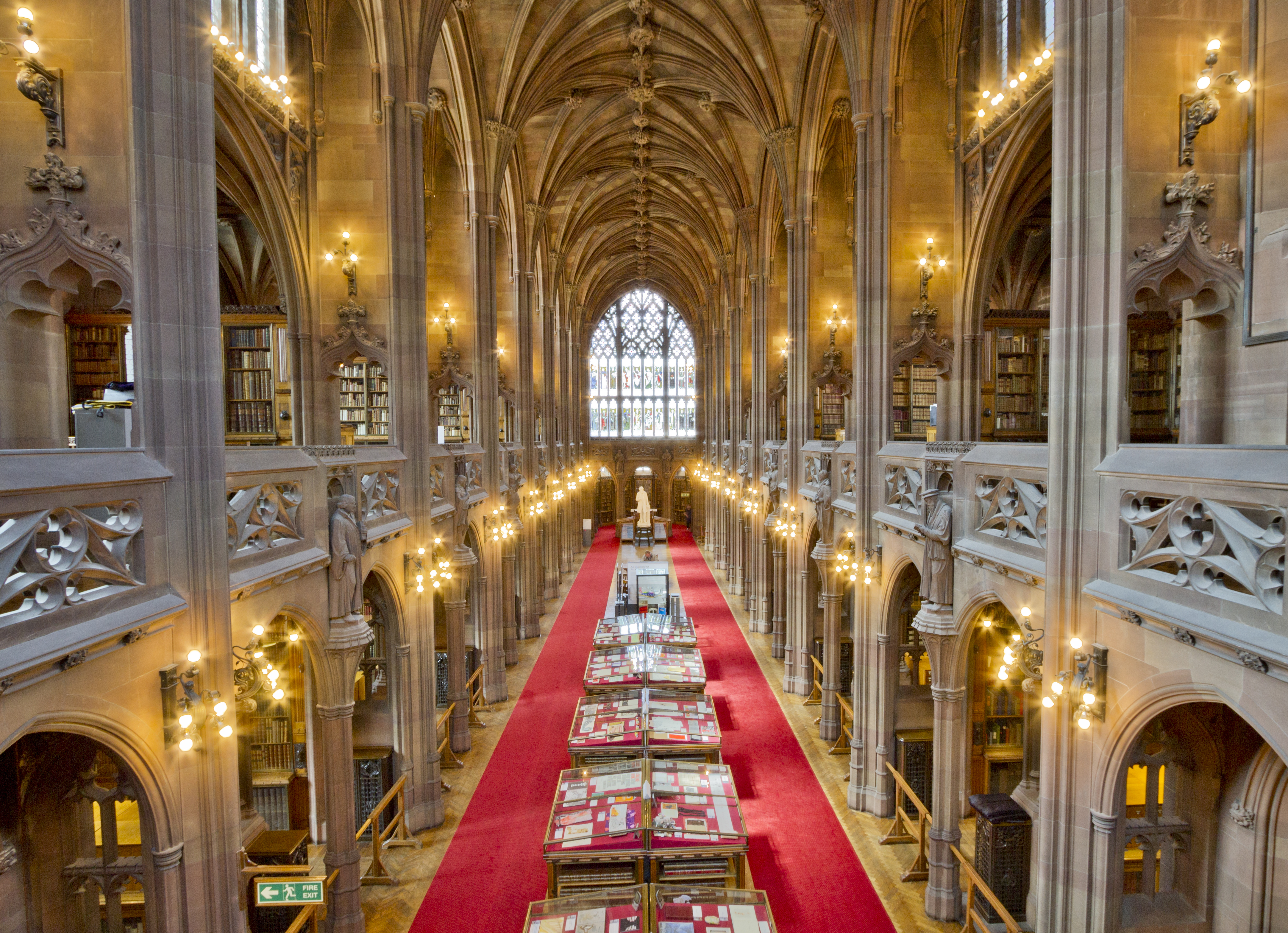 With Dotan Arad, I travelled on to Manchester, where I marvelled at the fantastic historic reading room at the John Rylands library, and was very pleased to meet the lovely local Jewish Studies crowd. I immensely enjoy going up to the North as the feel of England there is so much different from the south. I lived in Manchester in the nineties before it got cleaned up, so for me the transformation it has undergone, and with it the general possibility of cities to completely transform themselves within a few years, is always extremely impressive. Unfortunately, our annual Trustees meeting in Cambridge meant I had to cut short my northern exposure and dash back home after only half a day, which deprived me of the full experience of what this conference on the Manchester Jewish manuscript collections, organised by the John Rylands Research Institute, had to offer. 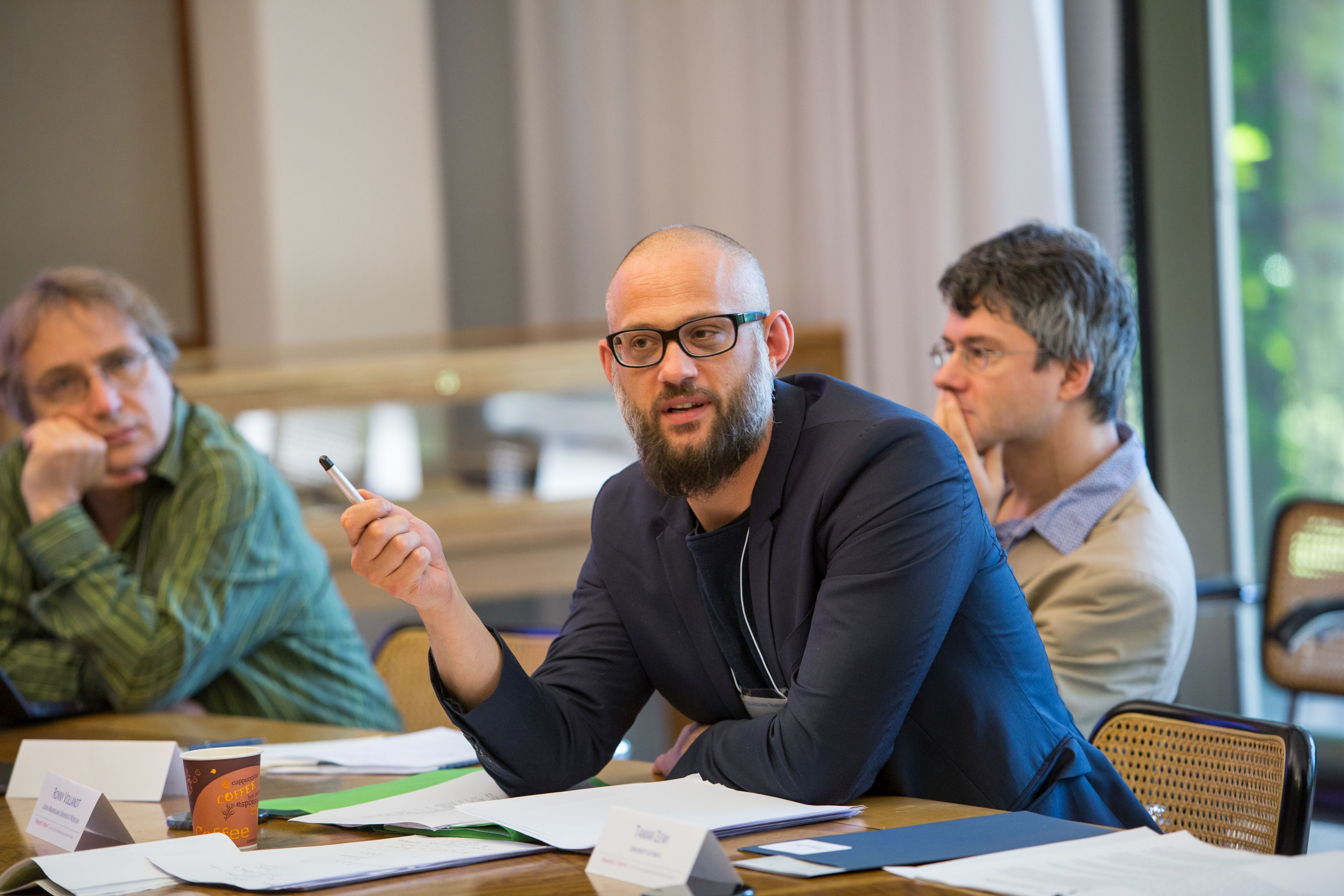 But I did not have to wait long for the next full immersion. My fourth trip took me to Constance, and the Woolf's new PhD scholar Jessica Tearney-Pearce – one of the organisers of the conference together with Clara Almago Vidal – has written about the contents of this workshop focused on crosspollination between different cultures and religions in another blog (link). So for me, left to say is that the workshop, Constance, its lake, and the Rhine are absolutely lovely. Because the workshop gathered researchers from different disciplines, it was also one of those conferences where I felt the transformation of before and after speaking was very palpable. Before you talk in a group unfamiliar with you, you are a bit of an outsider, an unknown entity. After you have talked, the way people view you changes – you have familiarised yourself, in the best case you have endeared yourself by allowing others to share the excitement about your findings and by giving them new ideas about their own work. 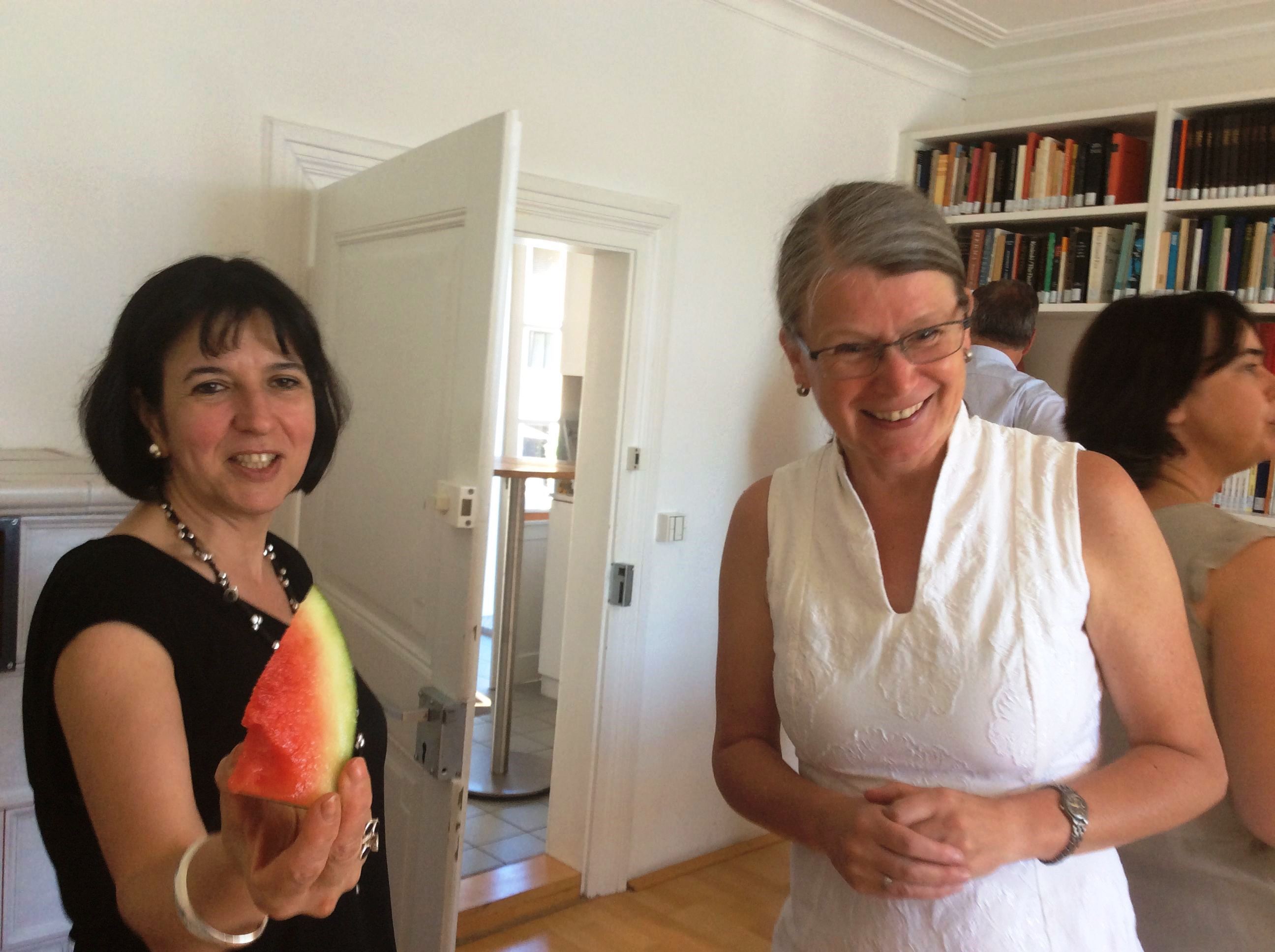 Living proof one can be fun and a fantastic scholar: Dorothea Weltecke and Maria Angeles Gallego

This was very similar in my last conference on Jewish Languages, organised by Mark Geller and Lily Khan at UCL in London, where the majority of speakers focussed on Yiddish. So being given the opportunity to talk about Judaeo-Arabic, you have to make sure you discuss points that are of interest to those working on other languages too. I shared a session with the wonderful Meira Polliack, where we presented, in a very complementary fashion, our work on medieval Judaeo-Arabic sociolinguistics. We continued our dialogue that we had started at Princeton, where I had met her for the first time. Meira is also my doctoral sibling through our common supervisor Geoffrey Khan. So my conferences this summer went full circle, with the intellectual thrust from the first in Princeton already fertilising the presentation and discussion in the last.

It may be an idiosyncratic quirk, but I find it much easier to understand and follow other scholars' writings when I have met them personally and when I have seen them talk about their work. Scholarship is not just a written culture, as perhaps the research exercises with their sole focus on books and articles would make us believe. There is also an oral culture, which is just as important – a cooperative conference culture of crosspollination, where you follow the latest research on particular topics, receive impulses for your own research, clarify concepts, and develop ideas together.