Dr Ed Kessler writes about a new Vatican document on relations with Jews and Judaism. 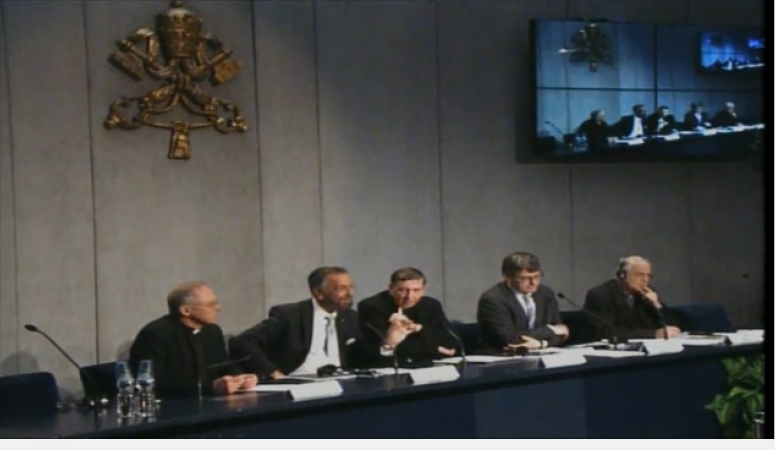 Nostra Aetate No 4, promulgated on 28th October, marked the beginnings of a fresh approach to Catholic-Jewish relations and the end of the millennial teaching of contempt. It unequivocally asserted the Church's debt to its Jewish heritage and ushered in a new era, fresh attitudes, a new language of discourse never previously heard in the Catholic Church concerning Jews. The concept of a dialogue now entered the relationship.

Now 50 years later, under the leadership of Cardinal Koch, a new document has been issued by the Pontifical Commission for Religious Relations with the Jews, which considers some key theological questions that lie at the heart of an intimate, intricate and unique relationship. Its theological premise is based on the fact that, as Nostra Aetate stated, 'from the Jewish people sprang the apostles', the foundation stones and pillars of the Church who 'draw sustenance from the root of that good olive tree onto which have been grafted the wild olive branches of the Gentiles'. Christians are therefore rightly reminded in this document of the Jewish origins of Christianity and especially that Jesus was a faithful Jew. 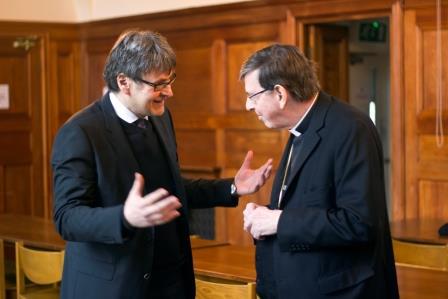 As a result of a soul change, epitomised by Nostra Aetate, the Roman Catholic Church shifted from what was, for the most part, a need to condemn Judaism to one of a condemnation of anti-Judaism. This led not to a separation from all things Jewish but in fact, to a closer relationship with 'the elder brother'. The new document, which I welcome and commend, reminds Christians of this sibling relationship as it sets out a theological agenda for future discussions.

It tackles a dilemma at the heart of today's Christian understanding of Judaism, demonstrated even by Nostra Aetate. On the one hand, the document states that "the church is the new people of God" while, on the other, "the Jews remain most dear to God because of their fathers, for He does not repent of the gifts He makes nor of the calls He issues (cf. Romans 11:28-29)".

I welcome the new document's assertion that "the New Covenant for Christians is therefore neither the annulment nor the replacement, but the fulfillment of the promises of the Old Covenant". However, allow me to express a warning: fulfillment easily slides into replacement and substitution theory is alive and well in the pews. As a Jewish partner in the dialogue, I welcome further reflection on what fulfillment means in terms of relations with Judaism and how we can ensure the transformation in relations is not limited to the elite, but extends from the citidals of the Vatican to the pews of the Church as well as from the Offices of the Chief Rabbis to the floors of our synagogues.

Related to this is the need, from a Christian perspective, for reflection on the survival of the Jewish People and of the vitality of Judaism over 2000 years – this is the 'mystery of Israel', upon which Paul reflected in his Epistle to the Romans. One of the reasons why Nostra Aetate is rightly seen as a milestone in Christian-Jewish relations is that it began an immensely difficult and costly process - namely, to take the 'Other' as seriously as one demands to be taken oneself. In other words, as expressed by the 1975 Guidelines, Judaism and Christianity must be understood on their own terms. The new document still has some way to go before I recognise myself in its portrayal of Judaism. For example, there is little discussion about contemporary Judaism – the focus is biblical and rabbinic Judaism.

To what extent can Christians view Judaism as valid in its own terms (and vice versa). The Pontifical Biblical Commission's statement (extolled in this new document) may point out the way forward when it states "Christians can and must admit that the Jewish reading of the Bible is a possible one, in continuity with the Jewish Scriptures..."

Of course, questions also need to be considered from the Jewish perspective. What was the divine purpose behind the creation of Christianity? What are the implications for Jews that as a result of the Jew Jesus, 2 billion Christians now read the Jewish Bible? Martin Buber for instance, considered Jesus as "my elder brother".

For Jews, the covenant promised to Abraham and revealed to Moses, demonstrates not only the unique and irrevocable relationship between the Jewish people and God but perhaps also allows the theological space for Christians to possess their own special relationship with God and also to see their reflection in a Jewish mirror, which may serve both to deepen Christian faith in Christ and Christian respect for their elder siblings.

Indeed, I am very pleased to announce that, in partnership with the Pontifical Commission for Religious Relations with the Jews, the Woolf Institute is convening a meeting of a small number of leading Jewish and Catholic theologians in Cambridge next year to explore these and other theological issues.

Further reflection on what this all means, for Christians and Jews – indeed, for all men and women of faith – is urgently required.

May our joint endeavour be blessed by the Almighty and in turn may we learn to be a blessing to one another.

This article is written by Dr Ed Kessler who is the Founder Director of the Woolf Institute and Fellow at St Edmund's College, Cambridge. On 10 December 2015, the Pontifical Commission for Religious Relations with the Jews held a press conference at which its first official document since 1998 was issued. The document is entitled "'The Gifts and the Calling of God Are Irrevocable' (Rom 11:29): A Reflection on Theological Questions Pertaining to Catholic-Jewish Relations on the Occasion of the 50th Anniversary of Nostra Aetate (No. 4)". The sixteen-page text was introduced by Commission president Cardinal Kurt Koch and its secretary Rev. Norbert J. Hoffman, OSB. Also offering remarks were Ed and Rabbi David Rosen who is the American Jewish Committee's International Interreligious Affairs director.

The document, "'The Gifts and the Calling of God Are Irrevocable' (Rom 11:29): A Reflection on Theological Questions Pertaining to Catholic-Jewish Relations on the Occasion of the 50th Anniversary of Nostra Aetate (No. 4)", can be downloaded here:
http://www.ccjr.us/dialogika-resources/documents-and-statements/roman-catholic/vatican-curia/1357-crrj-2015dec10