Dr Sami Everett reflects on French politics and policy-making in the six months since the November 13 attacks.

It has been a little over six months since the Friday 13 November Paris attacks. Days after his election, the Mayor of Paris Anne Hidalgo (elected 2014) went to meet with the new Mayor of London Sadiq Khan (elected 2016). However, the overtures that Hidalgo made to Khan seem somewhat disingenuous when we consider the measures put in place in only half a year by the social democrat Parti Socialiste (PS) that she represents. If we are to believe Khan that the trust put in him by Londoners is a sign of choosing hope over fear then the mayoral office of Paris, as symbol of PS power, has been clear (though non-explicit) in its message allying public fear and autocratic rule. 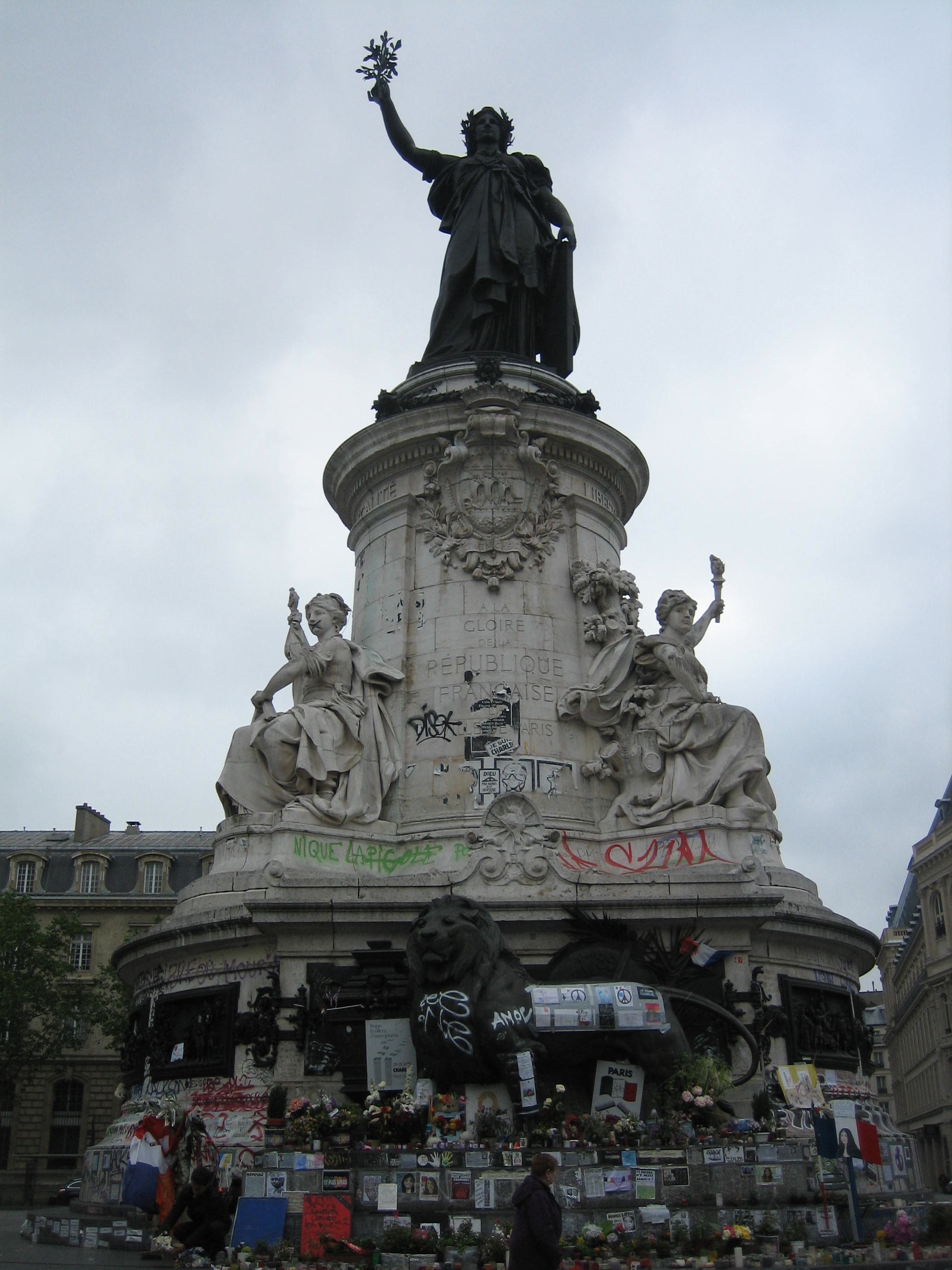 The fall-out of the November attacks accentuated an ongoing trend in the French political landscape towards economic liberalisation and a less supple definition of French citizenship. Since the attacks, measures have been debated or implemented that are extremely significant and show a shift towards more authoritarian governance and differentiation along ethno-religious lines. The evidence is manifold: the Décheance de nationalité (nationality forfeiture for citizens condemned for 'crimes against the life of the nation') which would have put into question the immutability of French citizenship, the El Khomri law which has reduced syndicate liberty, and finally a top-down anti-racism agenda that can be seen as a well-intentioned but simplistic attempt at broaching diversity in France.

While the state of emergency and the increased police powers that follow on from it were predictable given the gravity of the November 13 attack and the depth of the trauma that it left those of us who live in Paris, the fact that an autocratic modus operandi would be extended both discursively (that is within those sites of discourse-production such as the media-led public sphere) and to any and all forms of contestation could not have been foreseen.

The first step came in the form of the proposal and debate regarding the Déchéance de nationalité, legislation. Framed as 'anti-terror' the law would ultimately be unsuccessful in the Senate, given on the one hand the ambiguous wording pertaining to 'threat to the life of the nation' and on the other that it threatened to render those concerned by the law stateless. A fundament of Republican liberty was under threat: the right to refuge, a nationality, and therefore human rights for all individuals. Furthermore, more practically, such a law would have signalled the (albeit symbolic) possibility of creating two levels of citizenship, one total and the other subject to scrutiny.

The second liberty at stake, developed over the lifetime of 20th century French republicanism, is what in France is known as le dialogue social i.e. the pact between workers' unions and business leaders, between persons and capital. While the proposed legislation promised to increase youth employment, develop training for those out of work, and scale-back the extent of workers privilege, ultimately the last point is the one that is exclusively retained. Contestation against the proposal has been strong. Building since March, a united front has seen police heavy handedness and increasingly serious retaliation. Recent student sit-ins have led to full-scale police intrusions into University space and the Worker's Union-Student protests that crystallised around the Mayday marches were repressed. The lacrymo (tear gas) thrown into metro station entrances and the corralling of pacific marchers has been more aggressive than in previous national mobilisations (2006, 2008) while the severity of attacks by fringe groups against the police have been unprecedented.

A friend and colleague, political activist and mathematics teacher in a 'difficult' part of Paris told me that "today it's almost as if you need to justify yourself for why you demonstrate". What I retained from his sense of frustration and worry at simply manifesting political disagreement is the civil liberties that are at stake in current French political climate; where can liberals turn to if the PS is pushing through liberal economic reform and debating the exclusive nature of French-ness?

Regardless of what one makes of the French economic sclerosis, the acceleration of illiberal governance including and often incarnated by, but not restricted to, police power, is distressing. The fact that the El Khomri law was passed by decree (49.3) and not by deliberation (or vote by the general assembly) highlights this autocratic tendency. The state of emergency has extended a window in which participative democracy of a grassroots kind is muzzled – it has no platform from which to speak, political mobilisation is discouraged, mobile political demonstration is punishable, and a discernible sense of distrust of anything 'radical' has become the norm. Those who ordinarily would mobilise often fear being seen to enable the chaos of terrorist ultra-violence.

In France, laïcité (French secularism), it is argued, creates a level playing field for all citizens, religious difference is a private affair, and it has no business being aired in public or being linked to political engagement. The counter-argument is such that a form of secularism simply masks difference and therefore obfuscates structural discrimination. A study in 2015 by a significant French think-tank l'Institut Montaigne showed that racial discrimination is a major factor in social ascension for French Arabs and Afro-Caribbean people. More significantly still was that Muslim-sounding names were the most harshly penalised; interestingly North African Jewish names were also discriminated against. In a society where racial (or ethnic) and religious background are not statistically relevant how can discrimination be fought top-down?

Identity politics in France is extremely ill thought of, particularly when it is vociferous about Islamophobia. While the term may be considered problematic, quite clearly anti-Muslim sentiment is both significant and increasing in France (see La Commission Nationale Consultative des Droits de L'Homme (CNCDH) report 2015 and 2016) and felt to be pushed to the margin in French politics by the French Muslim community.

The current top-down campaign against institutional and structural racism is somewhat lacking in nuance in this sense: it has finally been recognised that difference is a discriminatory variable (the campaign cites the Institut Montaigne report) but while the campaign does acknowledge specific anti-Muslim racism, a contemporary current of anti-Muslim sentiment is not fully incorporated into this thinking. The images here capture the most recent campaign for privileging compétences (skills) over ethnic background. However, using rhetoric of anti-communitarianism-laïcité, the inter-ministerial committee for the struggle against racism (DiLCRA) has categorically refused that the term Islamophobia enter the official vocabulary of discrimination. Consequently, the multi-faceted (historical-political) issues with Islam and Muslims in France mean that the problem of Race and Racism in France is only half-addressed.

I remember the bleary eyed and surreal weekend following the November attacks, the ghost town Paris became on Saturday and the curfew on Sunday in which all the parks were closed early. People gathered along the canal (one of the many sites of the shootings) on the Sunday, conversing in hushed and nervous tones. That evening, firecrackers sent café-goers wild with fear, reeling into the nearby basements. In the following weeks, reactions regarding 'how to speak to the kids about this..?', were imbued with distress.

It seems to me that to use this atmosphere to push through unpopular legislation creates a conjuncture in which it is only a matter of time before the lid of the pressure cooker is blown sky high… Rather than further liberalise the economy and increase jobs, the El Khomri law allows businesses to further squeeze their workers. Rather than face head-on what French Prime Minister Manuel Valls himself called a French "apartheid" in geographical and racial terms between centre and banlieue instances such as DilCRA ignore Islam entirely or at least side-line it while measures like la déchéance de nationalité seek a form of 'purification' of nationality by putting a question mark over some peoples citizenship. Of course the prominent members of the current administration may well no longer be in office to see the consequences of their nascent terror-politik as levels of autocracy further ramp up in the face of yet another crisis.

This article is written by Dr Sami Everett who is Junior Research Fellow at the Woolf Institute, working with Dr Shana Cohen and Dr Ed Kessler on a major ethnographic research project examining interfaith cooperation in relation to the concept of Trust across Berlin, Paris, Rome and London. Sami is responsible for the fieldwork in Paris. [Read about the project here].